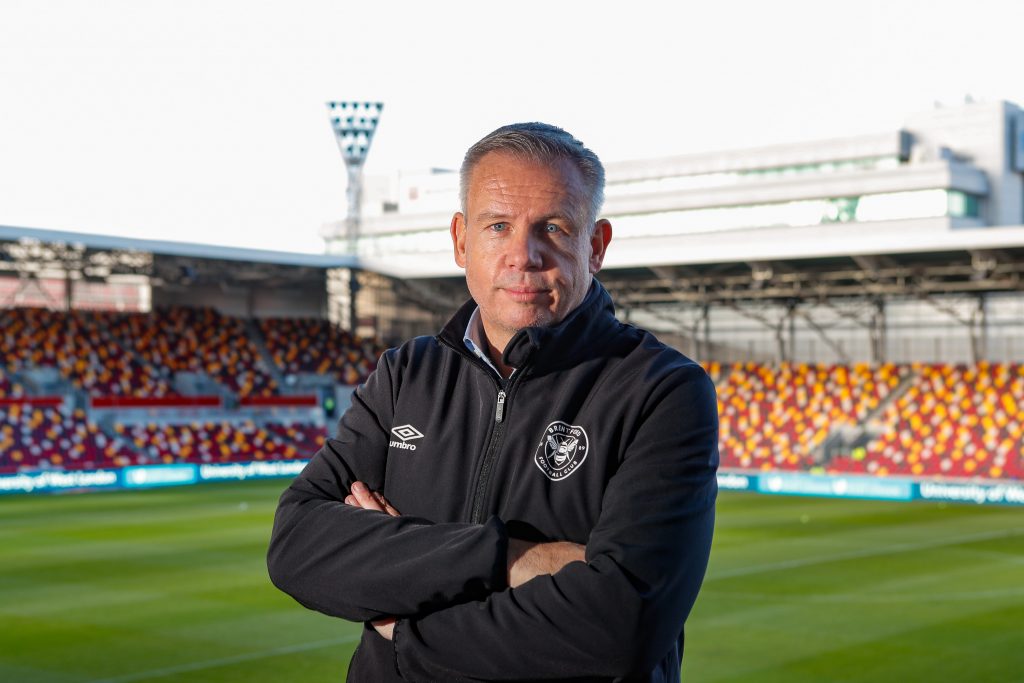 Their long-planned move to a new stadium and glorious farewell to Griffin Park didn’t quite go to plan due to a global pandemic but Brentford remain optimistic about the future as they build a long-term football and business strategy.

In a normal situation you would welcome all of your fans into a new stadium on the day that it opens. This is going to be a drip-feed process. We’re allowed 2000 fans in whilst we’re in Tier 2* and we’ve got over 12,000 season ticket holders so they’re not all going to enjoy that experience together, they’re going to come in on a rotating basis so it’s going to be really challenging. It’s going to be a brand new experience for all of our season ticket holders. It’s the most bizarre of circumstances.

The new stadium is a game-changer for the football club. Our fans at Griffin Park were the most adept fans in the world at getting into the stadium at two minutes to three on a Saturday afternoon because quite frankly there wasn’t a lot for them to do there other than watch the football match. We had minimal catering facilities, the bars were modest at best and we had that unique situation of having a pub on every corner so everybody was doing what they were doing outside of the stadium. 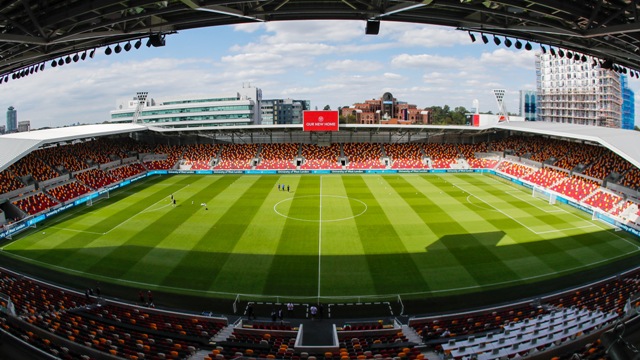 The new stadium affords us the opportunity to get our fans in much earlier and we’re working very hard on making sure we deliver an outstanding matchday experience both in our General Admission areas and also in our premium seating areas. This is a huge focus for us and we want to ensure that their first matchday experience here is a wonderful one. That will give us the opportunity to generate a significant amount more revenue than we could do historically.

Over the last six months, building up to the new stadium and with Covid at the forefront, it’s been a challenging period, a really busy period. The reality is that when you build a new stadium it’s incredibly visible, particularly where we are, and it’s a real sign of our ambition as a football club.

People can see year on year that the team’s performance has improved. We were a whisker away from the Premier League on 4th August, that wasn’t to be, but we’ll continue to grow. We’ve had a really busy summer bedding in new sponsors. We’ve just signed Utilita as our new front of shirt sponsor and we’ve announced two stadium founding partners in University of West London and the brewing giant Asahi who now own the Fuller’s London Pride brand.

Adapting To The Shortfall in Revenues

I think everyone has felt some pain during this pandemic. There’s no question that we’ve lost a lot of money but we have a brilliant owner who is incredibly supportive and is in this for the long-term.

It’s well known of the outstanding work our two directors of football do and the magic they create in developing talent and moving that talent on. We had a very good summer transfer window with Ollie Watkins going to Aston Villa and Saïd Benrahma going to West Ham.

Player trading has always been an incredibly important part of us becoming a sustainable football club. Just by building over 2900 premium seats and growing our commercial revenue, isn’t alone going to stop us from having to focus on player trading. It’s about us finding a balance but we have definitely felt the pain of this year as has everybody.

However, we are positive. We have the foundations in place to really kick on as an off-field commercial operation. The biggest foundation block to that is our new home but we are in an incredibly strong commercial part of London. This area of West London is the second largest economic hub in the country – known as the Golden Mile.

There’s also the communities around us where there’s a significant population base for us to grow our supporter base. We are bullish about our future and we have every right to be because the people involved in running this football club, well before I was involved, have given us an incredible springboard to propel ourselves from. That’s incredibly exciting and there have been bumps along the way, the 4th August will always be one of those bumps and Covid has been more of a mountain, but we’re resilient and our fans have been resilient.

Throughout the Matthew Benham era we have been on a trajectory of growth. In the first phase of Matthew’s ownership, the investment was made on the field of play. You can sell as many tickets as you like, you can have the best marketing operation in the world but if your team aren’t performing on the field of play everything else becomes ten times harder.

In the first phase of that development the focus was on creating a philosophy around how we wanted to play football and how we wanted to develop talent. We dared to be different in running a B team rather than an Academy – that raised a few eyebrows but it was right for us and has been incredibly successful so far.

That is a continually evolving process and to sustain that vigour and investment in the playing side you have to grow your business commercially. To do this we have changed our off-field operation significantly. There’s been a lot of change and we have made significant investments in bringing new people into the business. We’ve become very digitally focused and the new stadium is the game-changer because it affords us the opportunity to create a platform for sponsors in terms of their activations, it creates an environment that more supporters will enjoy and want to come and visit and it will grow our hospitality revenues that were tiny 12 months ago compared to the opportunity we have in front of us.

The mix of a strong on-field operation, the new stadium and greater investment in off-field activities with the alignment of our Community Sports Trust is absolutely integral to the growth of the business. Our Community Sports Trust has been four times winners of the EFL Community Club of the Year Award. They deliver over £13m worth of social benefit in the West London area each year and for us, in order to really grow and create purpose driven partnerships with sponsors, our CSR has to be at the core of everything that we do. We’re very proud of the work that they do and we see them as an integral part of the Brentford organisation along with our women’s football team that we’re developing under head coach Karleigh Osborne who’s transformed that part of the club.

There’s absolutely no doubt that it has to change. There’s been so much spoken about Project Big Picture but like every single proposal that is put on a table there are bits you like, there are bits that you are lukewarm to and there are bits that you really don’t agree with. My view is that it could be the catalyst for change. It’s certainly created a much wider debate around football and its long-term sustainability.

I think it addressed three really important factors; one is the gulf between the lower end of the Premier League and the Championship, which is just ridiculous. The second is it addressed the situation around parachute payments which completely destabilises the Championship because you have to spend so much more before you can even pass go with those relegated clubs. 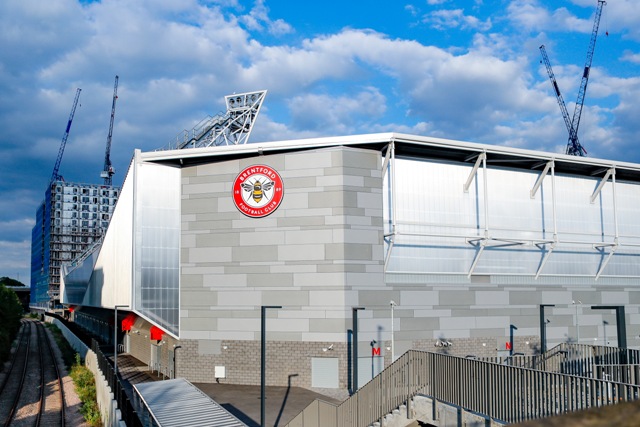 The third part it addressed is the whole sustainability of the pyramid structure in English football which is the envy of the world and something that we at this football club are very passionate about making sure is protected. At any given moment in time you can be anywhere in that pyramid and on the 4th August we nearly got to the top of it. I’ve grown up watching Brentford in the lower levels of the pyramid so it’s really important that everybody keeps a focus on that.

From a Championship perspective there’s clearly a lot of work to be done in making it more sustainable. We genuinely don’t think the salary cap is the answer to it. We strongly believe that profit and sustainability rules and regulations that everybody enters into in the right spirit and are managed accordingly is the way of keeping costs under control. We are firmly behind the EFL doing that to give it a real chance to ensure the cost base of the league is managed accordingly rather than bring in a salary cap which we’ve seen in other sports that doesn’t work.