A Chance For Change 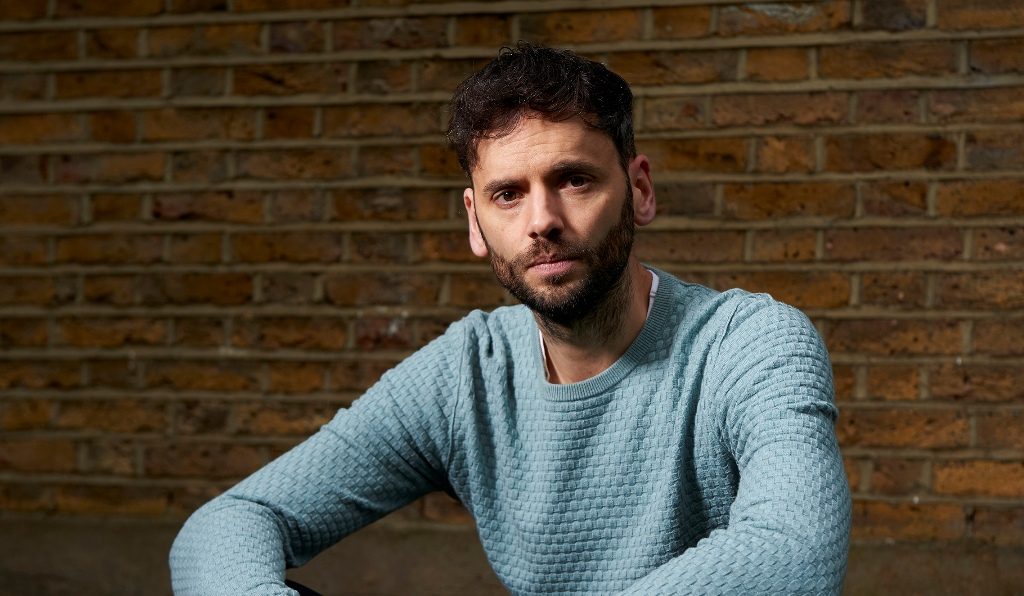 Ex-PFA chairman Ben Purkiss talked to Ian Halstead about his vision for the organisation, its new CEO Maheta Molango and much more.

There was always a medieval flavour about the power struggle between the Professional Footballers’ Association’s (PFA) long-serving CEO, Gordon Taylor and its chairman, Ben Purkiss.

The former had spent decades moulding the PFA into his personal fiefdom, defying pundits, players, politicians and anyone who dared question either his authority – or his seven-figure salary.

The latter was a passionate believer in the need for change, urging Taylor to step aside and allow the organisation to evolve into a modern and member-focused structure.

“The PFA had never led change, or even campaigned for change, because it never had a strategy and was always reactive about issues relating to its members,” said Purkiss.

“It lagged behind both public opinion and the perspectives of players, even on such hugely important issues as post-retirement welfare, anti-discrimination, dementia and other crippling conditions suffered by its members.”

If his veteran opponent was lord and master of the PFA’s castle, Purkiss was football’s Wat Tyler, clamouring at the gates, demanding change and with different values and wider perspectives.

However, after almost 40 years as CEO, the wily Taylor well understood how to respond when a whiff of revolution was in the air.

He obtained legal advice that Purkiss could no longer hold a PFA role after signing a different type of playing contract at Walsall, and then remained in post until June 2021.

“The organisation needed to move forward quickly, but the process was drawn out. Gordon delayed and delayed, as he wanted a consultancy agreement on his existing terms,” said Purkiss.

Now, whilst the 76-year-old finally enjoys retirement at his home in Lancashire’s Ribble Valley, his former critic has begun a new career as an employment lawyer with one of the so-called ‘Magic Circle’ firms, Clifford Chance.

However, the structures Purkiss devised and helped put in place are now driving radical change, and his passion for the PFA and its members is clearly undimmed.

“When we looked to reform its structure in 2020, our central desire was to place the players back at the heart of the organisation,” he recalled. 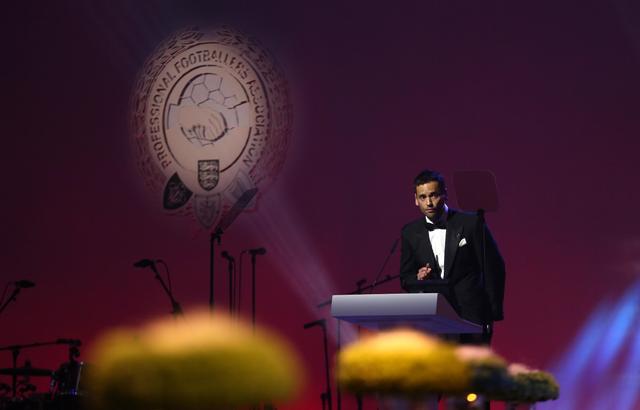 “There were several key issues about which they needed stronger representation, including discrimination, taking the knee, mental health and Covid.

“Players, former professionals and many observers felt the PFA wasn’t providing leadership in those key areas and hadn’t taken a prominent role during discussions about them.

“We restructured the organisation to reflect the wider roles we thought it should have, and the larger responsibilities it needed to take on. We now have a players’ board, which is the key decision-making body, and below that sits an operational board.

“We wanted to complement the skills and insights of the members – essentially the view from the dressing-room – with a new executive team supported by four new independent non-executives.

“Bringing in those fresh eyes has added independent views and thinking to the PFA’s activities on the operational board, which sits regularly together with the Chair and Vice-Chair from the players’ board and the Chief Executive.

“Our vision was for the new structure to provide operational oversight, devise strategy, lead the organisation and give it the prominence we felt it deserved within professional sport. We wanted the new team to be transparent and open with the players, but also to those outside.

“We also wanted to see a PFA which was accountable to, and driven by, its members, was much more diverse than it had ever been, and which reflected not simply modern sport, but also modern society.”

The long months of lockdown, Covid restrictions and the decision of the football authorities to embrace the concept of ‘taking the knee’ as a symbol of the fight for equality and against racism brought many players to the front-line, and Purkiss applauds their commitment.

“We’ve seen players such as Raheem Sterling, Jordan Henderson and Marcus Rashford drive change as individuals, but there’s also a place for players to come together, speak with a collective voice and drive change throughout the football industry,” he said. 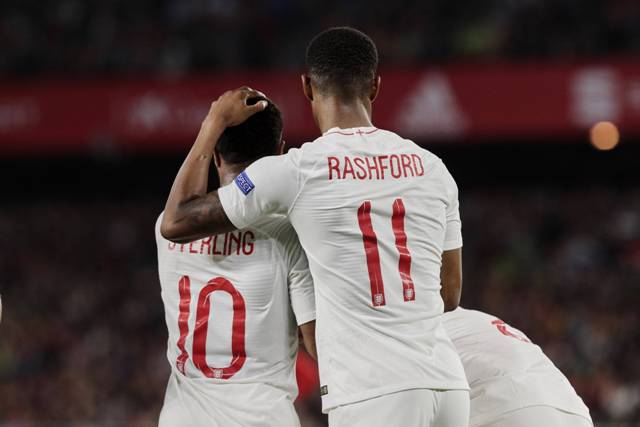 “When we then looked for someone to succeed Gordon, we brought in an executive search team, whose remit was to look outside the typical talent pool.

“Over the years – not simply at the PFA – we’ve seen our biggest sporting organisations fill their executive vacancies from the same and very small pool.

“We wanted to identify an individual with the complex range of skills required, and recruit them purely on merit, and not by virtue of who they knew.

“We cast the net far and wide. We wanted diversity, not simply in terms of demography, but also in terms of cognitive diversity, and conducted what I think were insightful and very focused recruitment processes to identify the right person.”

There is now no more visible symbol of the changes already wrought within the PFA than the presence of Maheta Molango in the organisation’s boardroom.

When the PFA announced Taylor’s successor, he was unknown to most British football fans, although scoring just twelve seconds into a debut for Mark McGhee’s Brighton & Hove Albion back in 2004 remains his most treasured sporting memory.

Unfortunately, Molango’s neat side-footed finish wasn’t the prelude to a goal-laden career, and his other appearances came for Lincoln City, Oldham Athletic, Wrexham and Grays Athletic.

“Maheta can relate to players and understand what is required to be a footballer. He is very keen to represent players and bring their views and desires to the fore. The role isn’t about him, it’s about the players.

“Saying that, it was his activities and achievements which made him stand out above all other candidates. He transformed the financial fortunes of Real Mallorca and won them promotion in very tough circumstances.

“He speaks five languages, which is very useful given the number of different nationalities in our game, has a solid background in employment law, which will be a great asset as CEO of a trade union, and he’s in a great place to take the PFA forward over the next five to ten years.”

Given the challenges which Molango faces, not least the whispering campaign against him as his appointment was announced, there were concerns that his impact might be diluted, but Purkiss ignores the nay-sayers.

“He will face challenges, and it’s certainly not a 12-month project. It might take three or four years to implement all the changes he wants in terms of personnel, structure and strategy.

“That was why it was important to first get the structure right and provide a solid platform from which change can be delivered. However, within a year I’d expect to see the PFA really driving change and adopting a leadership role within sport.”

“The platform is also there for it to become a transformative force within football. It should have a presence not just in the upper echelons of English sport, but internationally.

“Once the PFA has found its ‘voice’, it can engage with other stakeholders in football to influence their decision-making. VAR is an obvious example, where the PFA failed to represent its members and to make their views known about the implementation of technology and its impact on games.”

The idea of seeing and hearing the PFA on a global stage feels counter-intuitive, given that it has long avoided such a role, but Purkiss points to the high-profile of similar associations elsewhere.

“Long before the pandemic the bodies representing players in US basketball, football, baseball and hockey were involved in a range of issues from sports’ betting to long-term health conditions.

“They have a wider view of their responsibilities to members, so they, and their counterparts in other countries, readily engage with outside organisations, health authorities, pressure groups and governments to represent them as best they can.”

Purkiss hasn’t discussed the PFA’s future strategy with Molango or the operational board, but hopes for greater focus on three key areas.

“Equality and diversity are crucial. Players realise there is racism and discrimination in society but equally, there’s a vast under-representation of black and Asian individuals in coaching and leadership roles within football which doesn’t reflect the quality and availability of talent,” he said.

“Fairness is another core issue. I’d like to see all players treated fairly by their clubs, and not simply regarded as assets.

“We hear regularly about players being forced to train on their own, usually because their club wants to persuade them to move, but there isn’t another industry where you’d see employees marginalised in such a way.

“Much more also needs to be done with regard to duty of care to ex-players. It’s an area of vast importance to members and their families where the PFA could add huge value.”

There are clear parallels between Purkiss and Molango; both sharp of suit and mind, who had modest playing careers and then entered the legal profession.

However, does the former see a future point where he returns to the PFA, in terms of both its evolution and his career pathway?

“I don’t know, to be honest, there’s so much for Maheta to address at this stage. Maybe we might have a conversation in the future, if there was a role for which he thought I might be suitable, but it’s not something I’m thinking about now,” said Purkiss.

“I am passionate about improving ways in which players can be represented, but equally, there are ways in which that can be achieved from outside the PFA’s structure and remit.

“I don’t want to be a former footballer who imagines their career means they’re qualified to operate at the higher roles in sport.

“I want to develop a genuine understanding of employment law, learn about the governance of sport and related issues, and acquire a high-level legal qualification. It’s exciting and challenging for me, working with some incredible lawyers and learning all the time.

“I will always be passionate about football because it has been my world for 20 years, but now I’m passionate in a less emotional and more considered way about working in a new and challenging environment and am learning so much.

“My contacts in the legal profession really helped me during my time with the PFA, in terms of understanding the intricacies of what was happening and giving me the ability to challenge the processes and structures I thought needed to change.

“If in the future, if I had an executive role within football, I think my playing experiences, my time with the PFA and the knowledge and new perspectives I’m gaining at Clifford Chance, would enable me to add value to a boardroom, but who knows where life might take them …”

For more insight from the game subscribe today at: balticpublications.co.uk