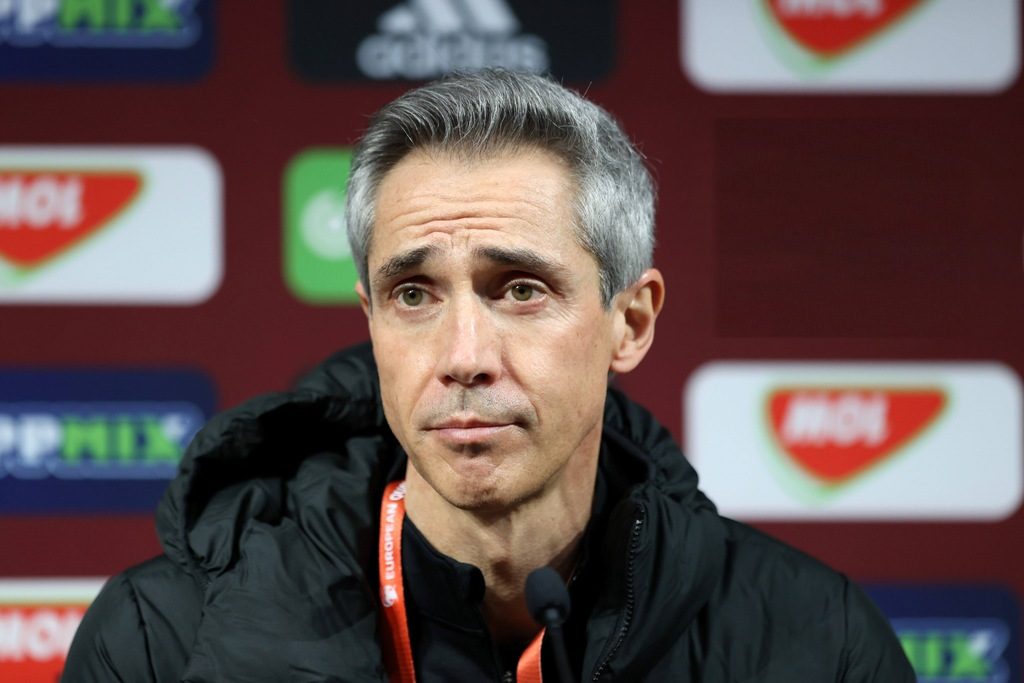 In the latest instalment of Managing in the Modern Game, a series of interviews looking at specific elements of football management through the eyes of those involved, Dean Eldredge of Oporto Sports Management speaks to Poland manager Paulo Sousa about the importance of having a clear football philosophy, whether that can be adapted to new roles, and the managers who shaped the coach he is today…

How important is a football philosophy to you as a manager?

To have strong convictions is one of the key things for a manager to have, to pass on to the staff and the players. When I took the decision to become a coach, my focus was set on the development of players. I want to develop tactical, intelligent players, and that was the start of my philosophy. The most difficult aspect to develop is the offensive organisation. For me, football is all about timing and space; to recognise the space that you occupy and to have the correct timing to implement your move.

I like my teams to play offensively, but I place a lot of importance on organisation. You have to have this in football, in business and in life. You need to know where you want to arrive, and how you are going to achieve this. I care about every moment of the game, but I feel that my team’s offensive play is where I need to give more to my players tactically and in terms of intelligence.

As a player, I won titles and trophies and this developed a winning mentality in my blood. I was a part of clubs that needed to win, with a strong, offensive dynamic. I recognise that you can win leagues playing a counter-attack style and defending very well, but the way I think about football and to develop top players, it is to help them to handle attacking situations. There are so many complexities to consider with football, such as teammates, opponents, officials, and those factors affect the decisions the player makes. They need to analyse, decide and execute and the quicker they can do this, the better.

Which managers from your playing career helped to shape your own football philosophy?

I took something from all of the managers I played for. Carlos Queiroz brought organisation and a profile of playing, but mainly the mentality to compete with the best. After three years of working together with Portugal, we became the Under-20s World Champions. He had strong convictions and a winning mentality.

Sir Bobby Robson; it was his spirit more than anything else. He showed his happiness to be at work, his enthusiasm and energy for football. He always worked on attacking, finishing, bringing joy to training. Bobby delivered his energy and his belief to his players.

In Italy, Marcello Lippi helped me to learn and develop my positional sense, and the link between defence and attack. He gave me the chance to improve my communication skills too. Ottmar Hitzfeld taught me the importance of the relationship between coaches and players, and to emphasise the responsibility we need to take for our decisions. He brought focus and determination. I learned a great deal from these managers and from others too.

When you choose a project, do you always play and operate in your style, or do you adapt your philosophy to the players and the club?

When I was in my first management roles in England, early in my career, I tried to change mentalities and it was very tough. I think I needed to take longer to make those changes and achieve more consistency. Football is all about results, and you don’t always have time. At that stage, I recognised the importance of linking my ideas to the image of my team. I needed to understand the characteristics of the players and the culture of the country, and the club itself, and then the supporters who are the soul of the club can recognise their team from the way you have structured them.

Of course, I need to adapt my processes and my football idea to the club and the culture that surrounds it. I still have my beliefs and my methods, but I have to take time to build these in to my role, not to change everything straight away.

How are you finding your current role with the Poland national team – your first role in international management – and how is it different to club management?

In Portugal, the national team coach is called ‘selecionador nacional’. The word refers to a person that selects and that is one of the biggest differences. We pass our time, before our games, watching all the players we think can be in our national team, so we can make the best selection. Sometimes it’s a specific football characteristic, sometimes it is leadership. There are so many factors that are important to make a national team that are different to the ones you need to consider for a team in club football. It’s a nation we are representing. So the first part of our work is select the best players available for the national team, and that includes aspects not only related to football actions, or characteristics.

Also, the biggest difference is the amount of time we spend with the players and to guide and work with them through my concepts and ideas. We don’t have the time. With cognitive work its fine to use images, meetings and training, but to acquire my ideas completely is difficult with less time spent together. For me, it is important for us to do things, for the players to feel and experience what I am trying to give to them. The other difference is that at club level we need to convince sporting directors and owners to buy players who can make a difference, like a striker for example. We cannot do that at international level. We don’t need to convince, we need only to call them to play for their country. I am enjoying this different challenge and it is a good project for me at this time in my career.

You have coached in many different countries – Portugal, England, Hungary, Israel, Switzerland, Italy, China, France and now Poland – how have you adapted your own management approach when working in different leagues and cultures?

In my opinion, these experiences have made me a richer person, to have the opportunities to experience different cultures, and meet different people who have shown me new ways to think and act, decide and interact. It has given me more resources in my own skills, and has helped me to communicate better, and to be a more humble human being. It has given me more emotional control to deal with difficulties I have faced, and I am certain that I have grown as a person and as a coach. To travel, live and work in different places has helped me in so many ways and has taken me out of feeling comfortable, which is good for us all.

Looking ahead to the summer, you face Spain, Sweden and Slovakia in the Euros, with your games scheduled to be in Dublin (twice) and Bilbao at the time of writing. How much have you missed not having supporters at games?

As I said before, the supporters are the soul of football. Our sport is all about emotions, and especially in these difficult times of instability and sadness, we don’t know what will happen in the future, so football has helped to give life and hope to us all. It is the same for players, coaches and fans. We are involved in football for the emotions that we feel. What I have seen is that the intensity of games is slower, with less emotion, as we normally have the fans there to push us. It is clear for me in what I feel when I watch, but also statistically. We give the emotion and we receive it in football, and it is a great partnership. Players need supporters. I hope we will have supporters at the Euros this summer, and it looks as though we may in some countries. It would be so special for everyone involved in the game.

I love seeing young players become better, reaching the first team and after our support emotionally and tactically, being able to meet their professional level and be successful.  If I think of one specific moment though, I would say that the UEFA Champions League matches as manager of FC Basel against Liverpool were special. I was against Brendan Rodgers, a great coach and person who I have huge respect for. My players managed the games from the beginning to the end as a perfect expression of what I want to see from my teams in terms of performance and result. It was an important achievement to reach the round of 16, but there have been many more wonderful moments in my coaching career. I hope to experience great successes and titles and share these achievements with my staff, players and our supporters again in the future.

In the Euro 2000 group game between England and Portugal, Paulo Sousa found himself on one bench and Gareth Southgate was on the other, a fate that 21 years later they find themselves in, but in very different circumstances. Wembley was the venue in March, and English football was also where Paulo started a successful and at times nomadic journey through football management with spells at QPR, Swansea City and Leicester City giving him a fast-track education in Championship football.

It is clear that Sousa is a man of footballing principles, who is passionate about working closely with players to develop them individually and collectively, ideally in his own image. He builds better players and better people, a trait he is adept at having played for many of the greatest managers in history, through a glittering career which included back-to-back Champions Leagues with different clubs in the mid-1990s.

With Poland, Sousa has international football to contend with, during a global pandemic, starting with a World Cup qualifying campaign, either side of this summer’s Euros. He’s never been one to shirk a challenge, always embracing experiences to enhance his burgeoning reputation as a dynamic football manager, now on the biggest stage of all.