Despite its relatively small capacity, the Stade Louis II is still underutilised on a match day. Built in 1985, the terracotta tile roofed municipal complex serves not only the club, but the local sport and business economy. Within it lays the AS Monaco basketball team as well as hosting many athletics clubs and a public swimming pool.

But Mr Vasilyev was keen to outline his vision to enhance the commercial potential of the stadium. “We have been visiting stadiums in England and Europe where hospitality is very important,” he said.

“In Monaco we don’t have the number of fans but they have the purchasing power. We have people with money willing to spend. Today you only come to the stadium if you are a fan; you don’t come for an experience.”

And by experience, he means hospitality, something that in England is very well developed and a key component in a club’s match day revenue generation potential. With the approval of the local government, the club are set to embark on an ambitious plan to reduce the overall capacity of the stadium but nearly tripling the current number of hospitality spaces that are available with the building of 18 new Sky Boxes, all of which are sold out before work has even begun. 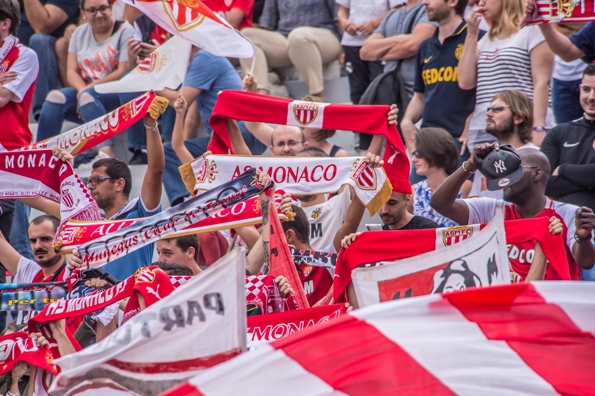 “We have a waiting list for the boxes because we have so few right now. We are starting the construction of 18 new Sky Boxes which will be launched next season. These will be very high quality. So we are making progress. We have had approval to modernise the whole stadium and this is another step in developing our commercial revenues.”

In the week ahead of my visit, Deloitte released their annual Football Money League report which suggests clubs need to have revenues over €200m to enter the top 20 and that Manchester United had broken the €600m earnings barrier. I pose the question: ‘How does a club like AS Monaco bridge that gap in revenues?’

“We have broken two world records for transfer sales,” he insists. “We have produced 86% growth in operating revenues last year.” But he was also realistic to the challenges, adding: “We can either go through a proper reforming of the way football functions – and that means a salary cap and things which will make competition more sportingly equal. But realistically I think this is impossible with all the different interests that exist today.

“The downside of the system that exists today is that you cannot aspire to grow. But anything else would require really profound changes and I don’t think there is a will for a club at European level to go through this. To change that would require something drastic.”

One thing is for sure, AS Monaco, under the guidance of Mr Vasilyev, are moving the in the right direction but with a potential €170m+ transfer fee expected from Paris Saint Germain for the on-loan Kylian Mbappe this summer, their dependence on transfer revenue may well take a little longer to recede but bridging that revenue gap with the richest clubs may well be easier.