In Scully We Trust 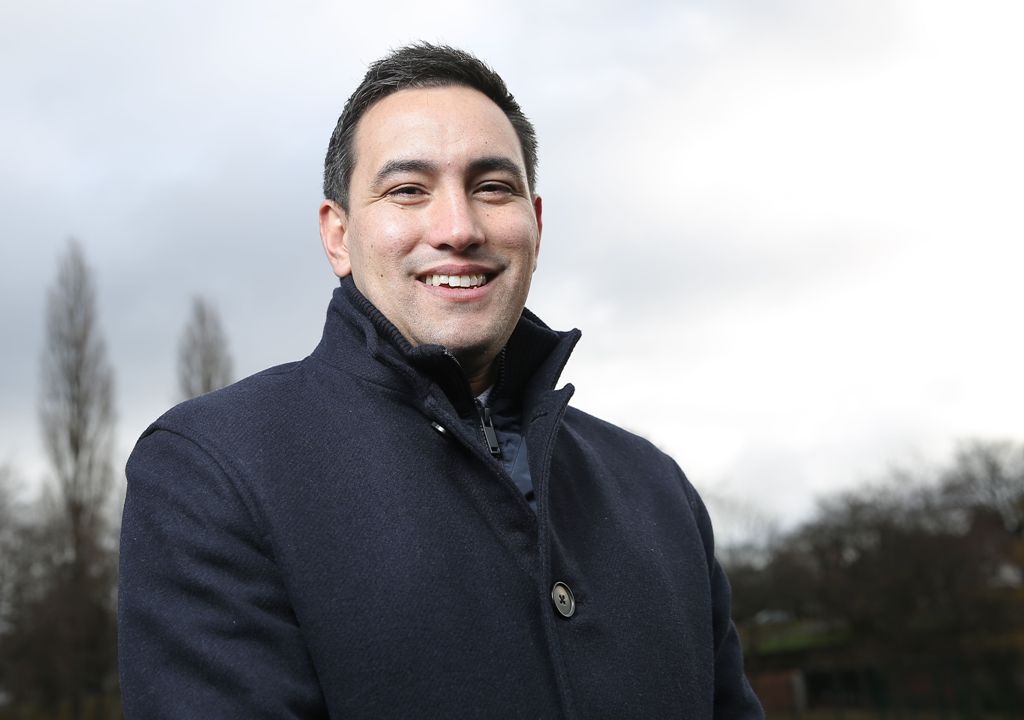 fcbusiness travelled to Nottingham to speak to new EFL Trust Chair, Liam Scully, about the organisation’s outlook as the country emerges from the pandemic and how he aims to navigate them through one of the most testing periods in football history.

Following previous EFL Trust Chair, John Nixon stepping down after a 10-year spell, Liam Scully takes on the role guiding the Trust through an important period in its history, as it seeks to continue its work with the network of Club Community Organisations (CCOs), funding partners and Governmental departments, to create 72 stronger, healthier, more active communities in England and Wales as they emerge from the Covid crisis.

Having started his career on the community side of the football industry, Liam’s experience includes roles at the Club Doncaster Foundation, Doncaster Rovers Football Club and the Asian Sports Foundation so is well placed to understand the vital role football plays in the community and amongst the charitable sector, alongside the symbiotic relationship required between a club and its CCO.

Watching over a Walking Football session held at the Forest Sports Zone in the heart of the Nottingham, this slow-paced version of the beautiful game is being used as a way for over 50’s to get active, make friends and improve their physical and mental wellbeing. Organised by Nottingham Forest Community Trust, it’s just one of a wide range of programmes that are run to help local people realise their potential by creating pathways into training, education and employment – enhancing physical and mental wellbeing while creating stronger, safer and happier communities. 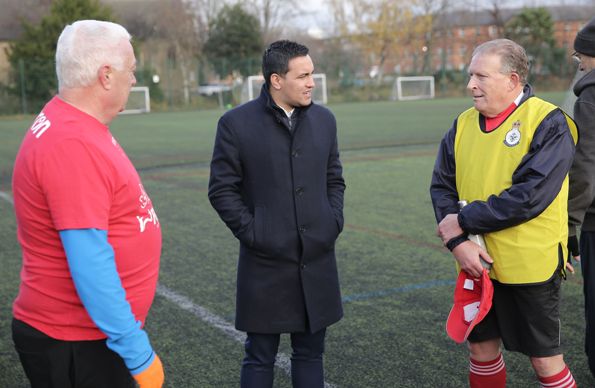 The work of CCOs across the country is vast and over the last two years, has never been more important. During the early days of the pandemic in March/April 2020, when the country was in a complete lockdown, it was the CCOs that stepped forward and helped people within their local communities in what was a unique, and at times, distressing few months.

“I’m incredibly honoured and privileged from my point of view, the work that goes on at football clubs in the community is an incredible part of the fabric of the game,” Scully told fcbusiness as we discussed his appointment.

“I’ve worked in football both on the CCO side and on the football club side for over 21 years now so I hope to add value every single day at a strategic level and a tactical and operational level wherever it is required.

“First and foremost we’ve recognised the high quality calibre of people and infrastructure that we already have in place. This isn’t about revolution, this isn’t about needing to rip up the play-book, there’s already and excellent strategy in place and there’s outstanding work already going on.

“My job, and where I think I can add the most value, is being that conduit to the relationship between clubs and their communities such as we’ve seen throughout the pandemic. It’s about learning from that and seeing how we can embed and grow that further across the wider game.

Over the winter, EFL clubs and its CCOs will undertake an estimated 4,400 hours dedicated to community activity throughout the festive period with around 30,000 participants and 2,000 EFL players, managers and club staff taking part across all of the activity.

In Nottingham this activity will provide significant numbers of children from lower socio-economic areas with high quality physical activity and healthy food over the Christmas period. In total over 2,000 children will be attending daily events across four sites across the city taking part in 6 hours of activity including football, boxing, dance, music, creative arts and they will receive breakfast, cooked food lunches for social eating and will take home re-heatable food including Christmas dinners.

But all this work doesn’t happen in isolation and the EFL Trust is focused on strengthening its ties with a number of key stakeholders from across the game.

“They are absolutely critical,” stressed Scully. “Ultimately the game belongs to the fans and the communities and the various responsible bodies, be that competition organisers, rightsholders or whatever it may be, but our duty and obligation is to create the mechanisms to keep adding value and improving our communities.”

The game over the last two years has faced some of its biggest financial challenges ever after Covid forced the abandonment of games and then restrictions meaning playing behind closed doors for a large part of the remaining season. In addition the plan by six Premier League clubs to break away and form a European Super League sent shockwaves across the industry and forced the long overdue review of football’s governance.

The independent Fan-Led Review conducted by MP Tracey Crouch has laid out a number of key recommendations to be implemented to protect the integrity of the game at all levels. But despite wide agreement on the report’s findings there remains a small amount of opposition. But ultimately, the integrity of the sport lies in the more equitable redistribution of its wealth which will enable the good work of CCOs to continue.

“From a relationship level, clearly what’s going on in football right now is going to take navigation; it’s going to take a bit of understanding about how we get through those challenges. Fundamentally where there is absolute alignment and where there is no debate, is that football clubs are the epicentre and the heart of their communities and it’s our job as football stakeholders to facilitate, improve and enhance whatever is going on already.”

Indeed, English football is in need of a fundamental financial re-set and an overhaul of its approach to financial regulation to ensure that clubs live within their means. EFL clubs rely on £400m of owner funding per season to stay in business. Despite this, the EFL Trust and its network of CCOs continue to deliver outstanding results with the limited finances they have available. For Scully, the focus is clear – helping CCOs generate more revenue and show the value of what they’re doing.

“The finance that makes its way into CCOs is multi-layered and it’s the job of the EFL Trust to work hard on their behalf and on behalf of our clubs. We do want to get more money into the community side of the game, we do want to get more from the money we generate and it is our duty and our obligation to enhance what is going on.”

But with a network of 72 clubs any strategy to oversee this cannot be designed with a ‘one-size fits all’ approach.

“We’re here in Nottingham and there is a Nottingham offer to suit the Nottingham challenges and that is a real skill and provides a high quality service,” Scully says as an example.

“There’s a network of clubs and a network of CCOs that know their communities, that know the challenges that they face and know the opportunities that are around. That is where we’ve got to pay homage and respect to the CEOs and those that work in the CCOs because it’s their skill that is dedicated to deliver these outcomes.

“Our job as the EFL Trust is to try and facilitate that, but equally you just have to look at the impact reports, not just of the EFL Trust that takes a collective view, but take Nottingham Forest and look at their recently published impact report or my old club Doncaster or Lincoln where I am at now, it just tells a story of meeting community challenges.

“Not only are they having a great impact on the local community it’s also having an economic impact as well. Critical to this as we look to build back stronger, is that it’s economical and is delivering results for a large number of years.”

Having been in post now for 3 months, what are his aspirations going forward in the medium and long-term?

“There are a number of areas that we can compartmentalise this into quite clearly,” Scully explains. “First and foremost we want the relationship between the EFL and the EFL Trust to be exemplary.

“Every conversation I’ve had with Rick Parry, Trevor Birch and anyone else at the EFL Trust, there’s absolute agreement on alignment. Mechanically and structurally we’ve got to find a way to work more closely but we’re all on the same page and the intentions are strong and the direction of travel is clear. That’s number one.

“Number two , as we look to re-orientate the game, learn from the Fan-Led Review that has been published recently and look to navigate our way through that, it’s important that both the EFL Trust is rightly positioned and is given its credit for the work that goes on within the network. But crucially, it’s not a power-struggle; it’s about how we can create a network of stakeholders that are working in the best interests of the game and our communities.

“I’m 90 days into the role and there’s been a great deal of progression in these areas but there’s still a lot to do but there’s an incredibly exciting future ahead and that motivates me to do this.”

Running A Football Club – Do You Feel The Pressure?

100% but that pressure is also the motivation of every single day. Every Saturday our showpiece is between 3pm and 5pm, but ultimately our job as custodians of the football club is to act in a way that is befitting of the community – the fanbase and the local area in which they reside.

When the pandemic hit last year, we were really clear in our messaging to our fans and the wider football community that success for Lincoln City was the football club surviving. We were very fortunate to have a Wembley appearance and make the Play-off Final but that was genuinely the cherry on the cake.

This is where great resilience was shown in football; that ultimately we survived and that the EFL, through the iFollow and the streaming service, provided a lifeline and we don’t know what would have happened without those opportunities.

As we’re coming out of the pandemic we can start to look at the wider football landscape. I think it’s important that we learn from what’s happened and equally we’ve got to remember what’s gone on in our communities in the last 12 to 18 months and use that as a motivator and anchor point from which we can grow a more sustainable game going forward.

The messaging from the EFL is really clear – regulation and redistribution come together like hand in glove and it’s really important that examples like where we’re sat today are set as an example of why that redistribution is needed throughout the pyramid. It’s to improve and enhance all facets of the game.

At Lincoln City, we are regularly told we are the current custodians of Lincoln City Football Club, it’s been here for 125 years plus. We’re here at for say 10 to 15 years – a mere blip in its long history. There are some fantastic owners in football but equally we recognise that certain clubs have faced very challenging times and through the review of governance, an independent regulator and with the redistribution of wealth we can have a far healthier pyramid that will not impact the competitiveness of the higher leagues.

In 2018/19, the collective player wages of the 20 Premier League clubs was £3.2bn, double the £1.6bn average of the four other main European leagues (LaLiga, Bundesliga, Serie A and Ligue 1). We’re not talking about distilling and taking away our competitiveness as we look to compete in Europe. It is about having a healthy football pyramid but regulation and redistribution are critical for it to come together.