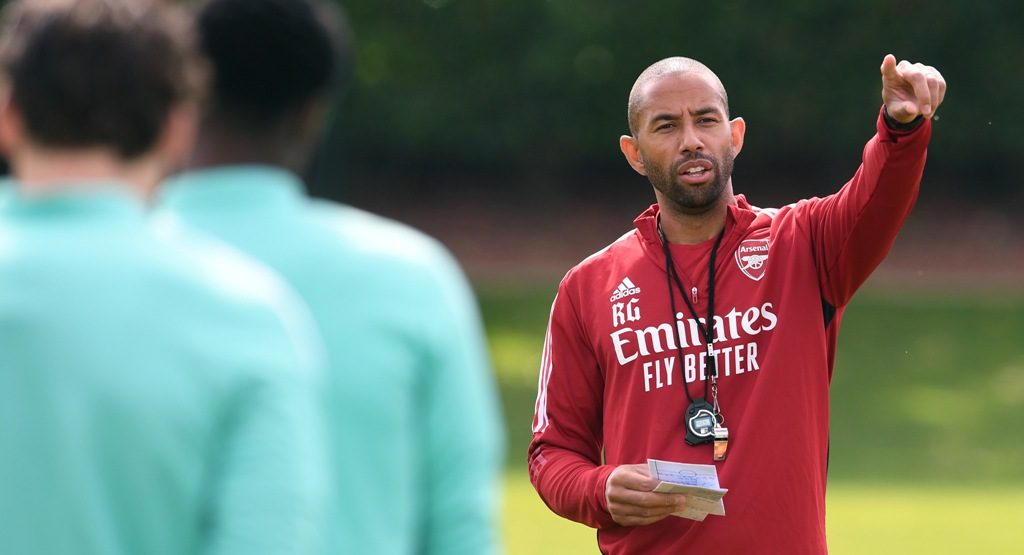 In the latest instalment of Managing in the Modern Game, a series of interviews looking at specific elements of football management through the eyes of those involved, Dean Eldredge of Oporto Sports Management speaks to England under-18s manager Ryan Garry about overcoming injuries as a player, how this has influenced him as a coach, and his philosophy and ambitions for the future…

Ryan, you’ve recently been confirmed as the new England U18s head coach. What does this mean to you and what do you hope to bring to the role?

First of all, it’s a huge honour for me. I’ve been fortunate enough to represent England at youth level as a player, and I’m just as grateful for this opportunity to work for the Football Association, in a role that I’m excited to have and to see how we can help the boys on their journey. I’m looking forward to learning, to working with people and to helping the boys with their development.

Looking back to your playing days, you experienced a number of serious injuries leading to your retirement at 27. How did those events help to shape the manager and person you are today?

Going through challenging times at such a young age was undoubtedly difficult, but looking back now, as an older man and as a father, it gave me a good grounding and taught me some key lessons; for example, when things get tough, you have to retain perspective and understanding of what is happening around you. As a head coach now, I think these experiences have provided me with a level of empathy for young players, whether they are going through injuries or something in their personal life. You don’t necessarily see the things that affect players during the ninety minutes of a game, and ensuring that the person is okay, not just the player, is a fundamental part of my philosophy now.

I think my injury issues meant that I knew what it felt like to have to fight for your career. The sheer amount of time I was out of action in rehabilitation left me with time to question how much I wanted my career, how important it was to me to be a professional footballer – and I knew it was everything to me. One of my greatest achievements was actually playing again, making my debut for Bournemouth against Nottingham Forest at the City Ground in August 2007. Playing for England, playing at Highbury, playing in the Premier League were all special moments, but that debut for Bournemouth, recovering from injury, would have to stand above them.

For as painful as that period was for me, for how difficult it was, given the reflection period I’ve had since then, I wouldn’t change a thing about it. I think I’m a stronger person for the experiences I’ve been through, and I feel that has helped my character and my ability to work with my colleagues and players.

Do you think it has influenced the way you deal with young players going through similar experiences with injuries?

I wouldn’t say just with injuries to be honest. If you look at the level of scrutiny that young players are under these days, the demands on them are very high. It’s probably one of very few industries in the world, where we demand such a high performance from such young people. If you were to compare football to an academic environment, there wouldn’t be many 17 year olds that have reached PhD level of study, for example, yet we have players of that age playing in the Premier League, in the Champions League and for their country, and that is unique.

The male brain doesn’t fully form until it is 23 years old, so there has to be a context that we are aware of. There are going to be mistakes, challenges and these are going to affect performance. If that happens and someone is struggling, for me it’s about giving them the support, the time and the framework to come out of the challenges on the other side still enjoying and progressing in their career.

You’ve coached and helped to develop a number of talented young players, including Bukayo Saka, Joe Willock and Ainsley Maitland-Niles among others. How did you help to develop them and how would you describe your coaching philosophy?

Looking back, I’ve been very fortunate to have worked within Arsenal’s academy for eight years, getting to coach cycles of very talented young footballers. I’ve worked with players at different stages of their development, and I think I’ve tried to place an importance upon gaining a connection with them as individuals, knowing that only over time can you understand what they are truly about, as each player has a different background, character and experience.

In terms of my coaching philosophy, I place importance on the social corners especially when working with young players. I want the environment my players work in to be safe, but also to be challenging. Young men are going through different things at this time, and it is a very competitive period as well, as players are striving to reach their potential and show that they can contribute. Bringing in challenges at this stage is important though as that helps players to stretch themselves and try to move on to the next level. It may be something like making a technical drill more difficult, or it may be something like challenging a player to be a better teammate, it really depends upon the individual.

Another important factor for me is the establishment of a two-way exchange of communication between player and coach. I’m a big believer in it being a player’s game, and it’s our role as a coach to develop them as best we can to be good people and good players too. 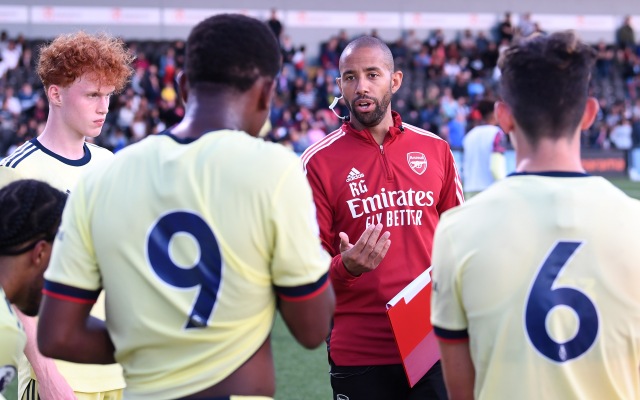 After such a long association with Arsenal and Bournemouth, both as a player and coach, what have you taken from your time with those two clubs and who are the coaches/managers that have helped to shape the person you are today?

The similarity between the two clubs I’ve spent significant periods of time with is the quality of the people within the building. They are clearly different clubs in terms of stature, even more so during some of my period there in terms of performance – Arsenal were the Invincibles and Bournemouth had time in Leagues 1 and 2. The people within a club drive the culture and that’s very important to me and is something I think a lot about.

In terms of coaches, I was very fortunate as a youth team coach to work with Don Howe, who goes down as probably one of the greatest English coaches ever. He had a great ability to express any coaching detail simply, without complication. Simplicity was his genius in his approach. Arsene Wenger was the manager at first-team level at the time and he obviously needs no introduction. Both Don and Arsene had a very strong passion for the game as well, were very talented coaches and they understood people, and the differences within the group dynamic, keeping people happy and motivated to deliver a good performance.

To be a leader in the modern game, I’m not saying it’s harder than it was in the past, but I think you now need different tools in the tool box to deliver in this area. I think Don and Arsene had the ability to do that ahead of their time, by being flexible in their style, moving seamlessly from democratic, to autocratic to transformational approaches, depending on the scenario they faced.

At Bournemouth, I witnessed Eddie Howe bring a group of people together, promote a cause and an understanding, and a purpose to the work. Looking back, it was a fantastic achievement keeping the club in the Football League when on minus points after administration and with a smaller squad. What Eddie managed to do was get buy-in from everyone at the club for the common goal of keeping Bournemouth in the league, and if you can get that, and it’s harder to achieve than you may think, you can go a long way as a manager.

What ambitions do you have within football management?

I’ve been coaching for ten years now and it’s been a great period. At the start of my journey, I was very aware that I needed to learn my craft, and I still feel that need today. Your learning doesn’t end once you are qualified. Since January 2020 I’ve had an ambition to be a head coach. I’m not saying that needs to happen straight away, but in my future, I see myself working at senior team level as a head coach. The trigger for this process was working on the UEFA Pro Licence. I really enjoyed the course, got on well with a diverse cohort and the tutors and presenters were very good too. It engaged me and inspired me to want to take on an opportunity at that level one day in the future.

For where I am now, like I’ve said, I’m very happy and I think it’s healthy to have targets for your own future. I’m in a position to work at The FA with some excellent people, and to learn from them and challenge myself in this role. I’m open-minded and feel very lucky to have some great staff members and players around me, and that will only enhance me as a coach and as a person.

After facing multiple potentially career-ending injuries during his playing career, Ryan Garry showed great physical strength and mental courage to return to the game he loves, firstly, against the odds as a player, and then as an accomplished coach, adopting an approach of constant learning and self-improvement with the player and the person at the centre of his work.

This philosophy, matched alongside his clear academic and emotional intelligence, has benefitted a conveyor belt of young, talented footballers attempting to play at the highest level, and has sufficiently impressed The FA, leading to Ryan being hired as the England under-18s head coach in September 2021.

With a CV and a progressive mentality like his, there will undoubtedly be more achievements and success ahead in what promises to be a substantial coaching and management career for the 38-year-old.

I really enjoy when I hear that someone has made their debut, played 10, 20, 30 or 40 games at whatever level, and you can feel satisfaction that in some small way you’ve helped them on their journey. There is an element of pride in being fortunate enough to be at a game at the Emirates Stadium, for example, when a youth team player makes their senior team debut, and you can think back to them at their foundation phase and acknowledge that progression. It’s also special when you see a player who didn’t achieve success early in their career, drop down the leagues and play regularly and achieve at what is a very high level, and then maybe work their way back up, showing the different career paths that players can go on, while still being successful in their own way. I just take great satisfaction as a coach from seeing players realise their own potential.