Why Solskjaer And Phelan Could Be The Right Men For Both

In November 1986 Manchester United PLC appointed Sir Alex Ferguson as manager of the football club. This appointment would prove to be the catalyst for ‘Brand Manchester United PLC’ and the birth of a global multi-million-dollar business never seen before from the likes of a sporting organisation based in the United Kingdom. During the Ferguson tenure business revenue rose from £25 million to just under £350 million. It is estimated the Fergie Factor has been linked to a £500 million growth in the Manchester economy and the brands newfound global outreach is the equivalent of a £1billion advertising spend. United are a US Stock Exchange quoted company and currently boast a fiscal revenue in the region of $800 million, one of the top sporting franchises in the world and alongside the likes of Barcelona, Real Madrid and Dallas Cowboys are a truly global sporting superpower. The club has a big three (Facebook, Instagram, Twitter) social media footprint of circa 125 million, quite often a measure of business potential in the modern digitally driven climate.

But! It wasn’t always like this. Manchester United PLC was built from the inside out. The business we see today was built from the green grasses of the training ground and the languid 80s football stadiums of the UK, the business was built in a recession, a backdrop of political change and arguably against all the odds. Manchester United PLC was built on two core principles, people and hard work and ‘Brand Manchester United’ was built out on the football pitch. In addition to this and arguably more importantly, the real catalyst to Ed Woodward’s financial engine is ‘winning’. Winning football matches and winning trophies.

The product (football) was arguably first developed by Ernest Magnall in the early 1900’s, refined and brought to European attention by Sir Matt Busby of whom the great quote “At Manchester United we strive for perfection and if we fail we might just have to settle for excellence” is attributed, and latterly turned into the globalised serial winning machine by the indomitable Sir Alex Ferguson.

Over the last 20 years the share value of Manchester United PLC has risen from $13 to where it stands today at $18.12 and has been as high as $26.20 in August 2018. That peak company value is ironically the trading period following Jose Mourinho’s on pitch successes of delivering the League Cup, Europa League and Charity Shield, further evidence that the club is founded on and must be rebuilt and maintained from the inside out.

The successful corporate culture has a multitude of synonymous characteristics also evident and operationally standard in the successful Manchester United machine. Google promote psychological safety otherwise known as the license for staff to take risks this is also apparent at Facebook whose like button was the product of their once a month 24-hour innovative free hit lock ins, a company who also incidentally promote self-reflection and review as fundamental to staying ahead. It may just be that there are Gary Neville’s, Eric Cantonas’ and Paul Scholes’s resident in silicon valley and on the flip side Mason Greenwood could be Manchester United’s new like button.

Google recognise personal impact whereby every employee realises and understands the importance of their own individual role in an organisation, so the goalkeeper or centre half feels just as important as the multi-million-pound number 10 we see on the back pages of the daily press. Starbucks are a people business serving coffee not a business serving people coffee, Microsoft enable people and businesses throughout the world to realize their full potential just as Sir Alex Ferguson nurtured the class of 92 from schoolboys to Champions League winning superstars, Nike are a company built on heritage and internal branding while Netflix have nine company values and they are all human behaviours or skills. Apple promote truth, honesty and excellence while Glaxo Smithkline enable people to do more.

Even in times of evolutionary change it is evident that football and business have tandem actions and beliefs. Sir Alex Ferguson famously stated he had at least four teams in his tenure at Manchester United and this ranged through and incorporated players, coaches and assistants. The whole structure was continually updated and challenged. The big decisions were never shied away from, the sale of Stam, Beckham, Ronaldo, Keane to the evolution of coaching through Knox, Kidd, McClaren, Phelan, Querioz and Muelensteen. In the business world read Coca Cola and recently appointed James Quincy as the new CEO whom in turn promptly relieved all senior management of their positions, followed the mantra ‘move forwards and move forwards faster than your competitor’. Coca Cola re aligned the business with government and world health organistion initiatives along with forging partnerships with online retail trailblazers (Amazon/Dominos) as Coca Cola once again accelerated away at the top of the soft drinks champions league table.

On the other side of the coin once Sir Alex had built the Manchester United we see today there is the question of how did he maintain this? Serial winning over such an extended period requires update and maintenance just like any good business, Mike Phelan provides insight into the people and work side of The Manchester United way.

“We visited many people and places, we spent time at NASA, we were lucky enough to visit Nelson Mandela on several occasions, I’ve spent time in The Whitehouse and in military academies such as WestPoint in New York, we were very privileged to be regulars at Nike and integral in their performance lab. We looked at other sports such as NFL and spent time with the Philadelphia Eagles, we looked at British Cycling over here and on pre-season tours we even spent time in Chinese ancient Buddhist Monk environments. There was and always should be a whole bunch of challenging and educational experiences throughout your life if you are expecting to reach the top and more importantly stay at the top. These experiences contribute to you as a person, as a team and as a culture.

Staying fresh helps reinforce and ignite values in terms of things such as discipline, standards, acceptable and non-acceptable behaviours, and ultimately a way of life. I think it is also important to never stop learning and being generally fascinated, watch the right T.V, read the right media, read the right books.”

“During my time out of the game I also found it important to take the time to engage with and go and meet others, I sat and had coffee with Kate Richardson Walsh, I chewed the fat with Eddie Jones and I’ve looked outside the box and engaged with leaders from Gulf Oil and Tag Heuer. Life and work are an ever-evolving thing and I’m always curious to both listen to and talk to people” 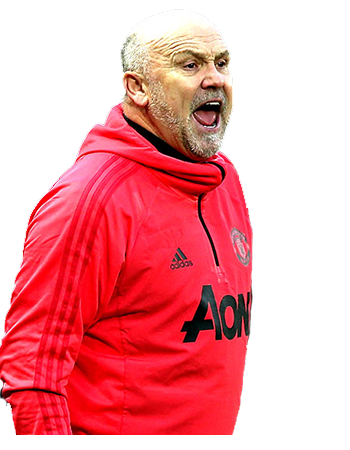 A brief scan through Phelans’ twitter account (@Mike_Phelan1) not only points to and re-emphasises such personal traits but also gives many a clue as to where he’s at. References to documentaries on critical life threatening surgery, business articles from majorly successful corporate players and feature specials on other great teams and serial winning elites such as Vladimir Klitschko and England cricket paint a picture of a man who is still at the forefront of his field and clearly hasn’t lost the appetite for success.

As United embark on this new era and attempt to move away from recent turbulent post Ferguson tenures it may well be that the Solskjaer / Phelan partnership will be Ed Woodwards masterstroke. There has been much documentation and media about Solskjaers demand for increased fitness, improved focus, individual professionalism and his re shaping of the club’s science and support staff. The manager has also been impressive and Ferguson esque in his dealings with Pogba and Lukaku. The former displaying to date the unsung and often unreported professionalism of a top-class player and world cup winner, the latter being dealt with quickly and efficiently with the team and football club being bigger and more important than the individual. Transfer dealings although possibly slow have been efficient and purposeful and in tandem with the Manchester United way. Amid criticism of the back four, quietly away the manager has replaced 50% of it with that rare combination of youth and Premier League/International readiness in both Wan Bissaka and Maguire and in Daniel James albeit a work in progress (remember Ronaldo on arrival), James is clearly another good human being offering youth, energy and professionalism signalling intent that the Manchester United way is being reborn in modern guise.

A solid start and patience from the board, the fans and the media, a rational and logical expectancy, similar navigation of the next two transfer windows and there is hope that Brand Manchester United can be built once again from the inside out.

The opening days 4-0 success against Chelsea was achieved with the youngest starting eleven in all Premier League Fixtures at 24 years and 227 days of age.

After all it took the great Sir Alex Ferguson four seasons to win his first trophy and another three to win the much-coveted Premier League. Just like any modern stock investment, people, hard work and then patience are the key. We do exist in a faster more information ready, transient and demanding society that is granted; however, greatness is still and arguably always will be built on those three ingredients. To not give Solskjaer and his trusted team and office at least half of Fergusons allotted turnaround allowance would surely be folly and possibly leave this great football club and business in the abyss indefinitely.