Time To Make A Stand Against Racism 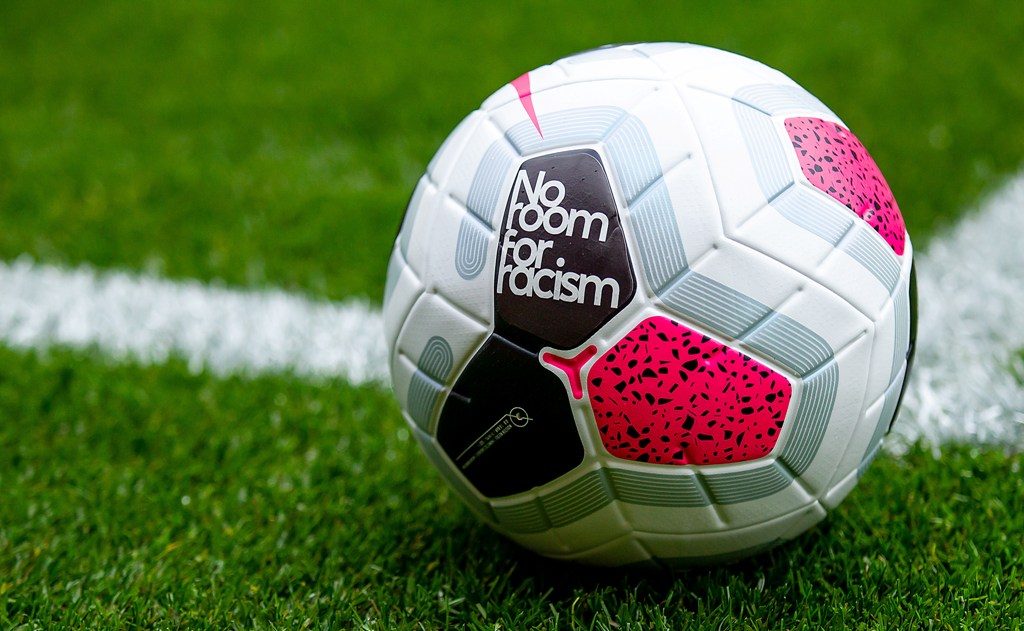 Remember the bad old days of racism and how seriously the image of English football was damaged? No-one would suggest that the situation is as bad today as it was then but the resurgence of intolerance and discrimination surging through the game risks alienating fans and, as a knock-on effect, impacting upon the financial well-being of clubs.

Sanjay Bhandari, (pictured below) the recently elected new chairman of Kick It Out, warns that until and unless the trend is nipped in the bud and banished completely, there is a very real risk of supporters voting with their feet in protest. 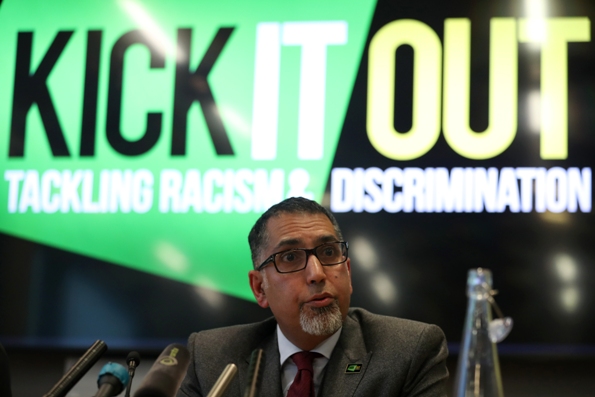 The absence of credible data makes it impossible to determine exactly how serious the problem is but Bhandari acknowledges that, anecdotally at least, it doesn’t look good with incidents taking place on a regular basis and given maximum media exposure. He has taken over Kick It Out at a crucial time for football amid demands for more action from governing bodies.

“Does it have an impact on things like commercial sponsorship and brand association? I’m sure it must have at some clubs though it’s about degrees. One fan out of 50,000 is not going to have an impact. What might have is if your club is a persistent offender whether it be on off the pitch.”

One of the first steps Bhandari announced when he took over the anti-discrimination body from Lord Herman Ouseley was to put in place a root and branch review by pulling into the discussion all of football’s relevant stakeholders – the Football Association, Premier League, English Football League, Professional Footballers’ Association and supporters groups.

“Football has a unique ability to influence social attitudes and can effect positive social change but it is a sprawling, extended and sometimes dysfunctional family,” says Bhandari. “We need to collaborate more. I hope that Kick It Out can become the galvanising force to bring the football family together to focus on solutions.”

One ongoing issue, he says, is that too many people blame football itself whereas the reality is that the sport is simply a symptom of a much more widespread societal malaise. In other words, football grounds are being used to express frustrations that Kick It Out and similar organisations can only do so much to alleviate. “It’s far more deep-rooted than football,” Bhandari told fcbusiness, pointing to political, economic and social trends.

“Job insecurity, income inequality, social divisions, polarisation of multiple dimensions,” he suggests play a part. It sounds ominously like the reasons behind the dark days of abuse two generations ago when racism inside and outside stadia was par for the course.

And now we have an added factor – the B word. “Brexit is definitely a symptom of all this with lurches to the extremes of politics driven by the breakdown of public trust and a growing intolerance,” says Bhandari.

“We don’t trust politicians anymore or business leaders. But we do trust people who have the same views as us. This is encouraging some people to express more extreme views. These things go in cycles.”

Even more so outside the UK where the surge towards populist movements across the continent in countries like Italy and Turkey is increasingly manifesting its ugly side at football stadia, fuelled by social media and watched with considerable concern by authorities such as UEFA. Bhandari’s strategy of listening to as many stakeholder groups as possible is coupled with his determination not to just let things drift.

“I don’t want to be just pointing out what’s wrong; I want to be saying what the solutions are. After all, we can all identify the problem.”

Among the areas he has set out in his manifesto for change are black players being confident they will not be racially abused; fans wearing religion-based headgear without receiving abuse; more diverse boardrooms; and BAME coaches believing they receive the same opportunities as their white counterparts.

Bhandari is ideally placed to lead Kick It Out’s campaign having himself faced abuse first hand, even after taking over from Lord Ouseley, because of his Pakistani roots. Over the next few years, he says, he wants to see games where “a black player can play in any stadium and be confident that he will not be abused” and “supporters wearing a hijab, kippah or turban can attend a game without receiving stares or abuse”.

“One of the things we can do at Kick It Out is to encourage a toning down of the public rhetoric,” he adds. “Since the general election there doesn’t seem to be the same level of hostility. The tone of the country has changed. Hopefully this is a good sign.”

He nevertheless acknowledges that beneath the surface lies a potentially dangerous phenomenon. “We are so much more proactive than in the 1970s or 1980s. Many more incidents are being reported but if we don’t tackle this rise, my fear is that we could get complacent and think we can’t possibly go back to that time. I actually think if we’re not careful, we could. Right now, though, I have to say I don’t sense any of that complacency.”

Apart, one might suggest, from among club owners, some of whom, especially on the continent, issue face-saving platitudes about how they abhor all forms of discrimination without actually doing much about it. “I’m not sure about that, to be fair,” counters Bhandari.

“You can’t just jump into judgement and condemnation before there has been a proper investigation to identify the wrongdoers. Sometimes it’s obvious, sometimes it isn’t.”

For its part the Premier League appears to be getting the message. Too often football’s authorities are criticised for handing down disproportionately minor sanctions for an issue that is blighting the game.

But at the beginning of February all 20 Premier League clubs agreed on a joint policy of banning anyone sanctioned by their club for “discriminatory, abusive or violent acts” to be extended to every ground in the division, not just their home stadium. The length of the ban will be determined by the club where the incident occurred, and mirrored by the rest of the top-flight clubs.

The announcement of the unprecedented collective action came after the home of Manchester United executive vice-chairman, Ed Woodward was attacked by a group of fans angry at the way their club was being run. They chanted that Woodward, who was not at home at the time, was “going to die”. 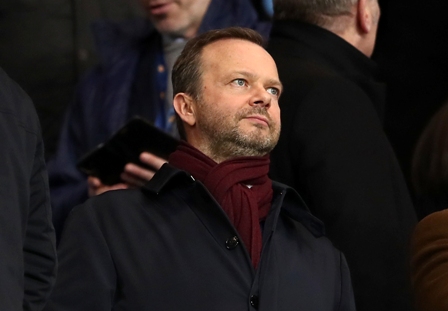 In future, any supporter found guilty will be automatically banned from all Premier League grounds. That, of course, may not stop fans taking their abusive language elsewhere down the footballing pyramid which is why Kick It Out is keen to implement some kind of rehabilitative education scheme.

“You can’t just ban your way out of the problem,” says Bhandari. “Rehabilitation won’t work for everyone but it’s part of what we’d like to do. I go back to what I said before. This is a societal issue. There are no magic wands.”

Greater diversity at boardroom level is another aspiration. “Boardrooms are basically still pale, male and stale,” Bhandari declared. “Yet ironically, there is probably greater diversity in the stands than ever. It’s an odd paradox. There were very few Asian fans like me who went to games in the 70s and 80s. Now there are loads. Society is more diverse yet there is this rise in intolerance.” 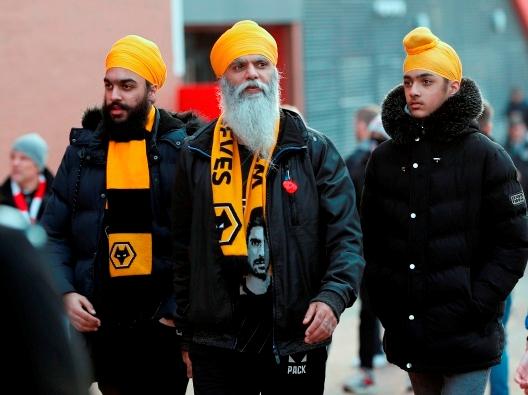 Bhandari, a trained lawyer whose background is in professional services and who was a member of the Premier League’s Equality Standard Independent Panel for four years,  has no doubt at all that there is a strong business case for being more inclusive.

“If you have a bunch of people from similar backgrounds you’re likely to think the same way.” More diversity at decision-making level, he believes, leads to more revenue and profit, as well as greater creativity. “It works in other industries so why not football? There is a strong case for using inclusion to attract more fans to grounds.”

One club that prides itself on social inclusion, being situated in a dense multicultural area of London, is EFL Championship side, Brentford who move to a new 17,500-capacity ground in August.  Monique Choudhuri, the Bees’ non-executive director, says her club is ideally positioned to work with the local community.

“In fact we rely on it,” says Choudhuri who last September was added to the Women in Football Board. “We see this as an opportunity to be a cross-community stadium rather than worry about any commercial disadvantage that might arise from any discrimination.”

In recent months, Brentford have held two flagship initiatives to learn more about the needs of the local neighbourhood, the first on how to encourage more women to watch men’s football, the second on how to tackle discrimination.

“We got some tremendous feedback which will be incorporated into the new ground,” Choudhuri added. “Do we have a handle on everything? No, to say that would be arrogant. But our club is backed at board level to reach into the community and that’s what we are trying to do. To me, there’s a need for every club to put corporate social responsibility at the heart of what they do otherwise they risk ending up as commercial brands and the local community doesn’t feel engaged with its local club.”