According to those whose business it is to know these things Becks and his missus already have more than £700million safely stashed away in their respective bank accounts. And that big match date in LA will give you a fair idea of what that sort of money can buy you these days, particularly in football terms.

It is the time and place when Mr Beckham’s latest venture, Inter Miami – or Club Internacional de Fútbol Miami to give it it’s official title – kick off against Los Angeles FC on a road that looks likely to afford him even more international acclaim than he’s already achieved, and eventually give the fledgling ‘soccer’ side he now co-owns with four others the sort of worldwide fame the four major clubs he’s played for – Manchester United, Real Madrid, Paris St Germain and AC Milan – have illustriously enjoyed for so long. 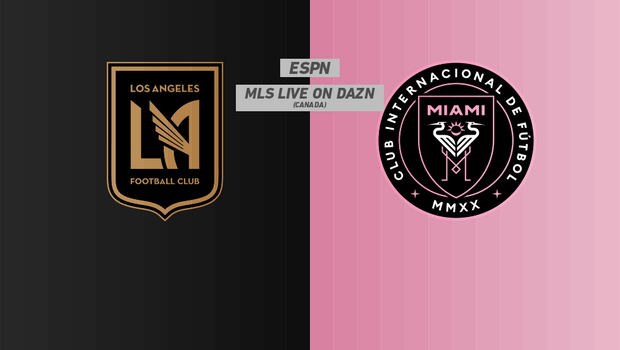 And just to add to the irony of it all the first home game of the season 13 days later will be against LA Galaxy, the club that took Becks to America and helped turn him into a global football, fashion, and business brand in the process. They even unveiled a statue of him outside their stadium last March, the first of its kind in the MLS.

Quite a tale, eh? And one that started when “Goldenballs”, as he used to be affectionately known, joined the Galaxy in 2007 and subsequently went on to negotiate a $25million cut-price option from America’s Major League Soccer body for a future franchise. Seven years and a few million dollars later he got the go ahead to build two new stadiums for his team to play in Fort Lauderdale and downtown Miami.

In March 2020, what once appeared to be an impossible dream will come true. Just two days after the Salford City club he now also co-owns with former Manchester United teammates Ryan Giggs, Gary and Phil Neville, Paul Scholes and Nicky Butt, visit Macclesfield Town in League Two, his wife Victoria, and his children, will be back in Los Angeles to witness the birth of a football team and club (or soccer club as the Americans will probably always call it) no one in this part of the world at any rate really thought would be embraced in such an extraordinary manner.

The fact that it is down solely to one of Britain’s most successful ever football exports, who also has more than 52 million followers on Facebook, give or take a thousand or few, and another 57 million at the last count on Instagram – the most of any UK sportsman.

For the next two years his Inter Miami side will play their home games in an 18,000-capacity stadium in Fort Lauderdale – built on a site which used to be the Fort Lauderdale Strikers home and which will also provide the club’s training ground and youth academy – until their new 25,000-seat stadium, to be known as Miami Freedom Park, is completed in 2022 as part of a mixed-use complex near the city’s International Airport. 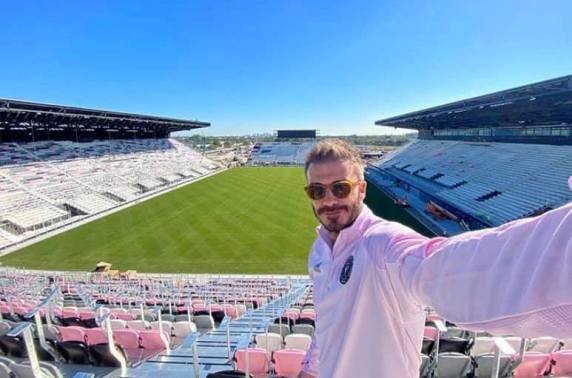 That ambitious development on a 131- acre site will also include office, retail and commercial outlets, 750 hotel rooms, and 23 acres of public fields for youngsters to play football on, in addition to the 10.5-acre stadium. The remaining 58 acres will be used as a huge public park, while Becks and co will also fork out $20million a year for the next 30 years to help pay for improvements to public parks across the whole of Miami. Add to that a huge commercial operation offering attractive social incentives for sponsors and fans, including ticket prices significantly less than those available at the likes of Old Trafford in particular, and Real Madrid and PSG as well.

And that’s before a competitive ball has even been kicked by the likes of Sergio Aguero and Louis Suarez who Beckham is believed to be trying to tempt to join his US revolution. As a result it’s fair to say that few would bet against Beckham’s Miami project overtaking the might of Manchester United and Madrid over the next decade – on and off the pitch.

Inter Miami don’t have a main sponsor at the moment, but talks are understood to have already started with the billionaires of Qatar over a potential deal involving naming rights to the new Freedom Park stadium, kit sponsorship, and Beckham himself. And the Dutch brewers that sell the beer that refreshes the parts other beers can’t reach (you know the one we mean) have already come on board.

What part the wealthy folks in Qatar would like Beckham to play in the scheme of things hasn’t yet been agreed on, but strong links with the energy rich Gulf state were established when he played for PSG, the French giants currently backed by Qatar. Other lucrative deals are also in the pipeline, all aimed at catapulting Inter Miami into an exclusive club of world footballing giants sooner rather than later.

It is by any standards a mind boggling fairy tale featuring a man who has captured the imagination of both the business and football worlds. Hardly surprising given that his CV looks more like a film script. Not that anyone needs reminding, but just in case you do, Beckham played a major role in bringing the Olympic Games to London in 2012, supporting the British delegation to Singapore in 2005 for the host city selection. 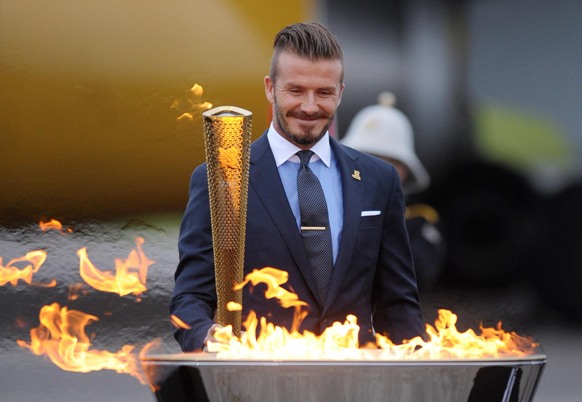 He also represented Britain at the 2008 Beijing Olympics closing ceremony when the baton was handed over to him for the 2012 Olympics. And who can forget that sensational opening ceremony at the London Games when he carried the Olympic flame to the stadium by speedboat?

If that wasn’t enough Chinese authorities chose Beckham to be that country’s global ambassador for the game in that country in March 2013 with the sole aim of rescuing their international reputation after corrupt officials had been banned for match-fixing and the Chinese Super League had launched a desperate search for an international ‘name’ to help keep them on the world stage.

To cap it all our goal-den boy was then recruited as the new Ambassadorial president of the British Fashion Council in 2018 – just before FIFA member nations selected the hosts of the 2026 World Cup. Beckham backed the North American bid by Canada, Mexico and, of course, the United States. Given all that, as well as his Inter Miami project, you have to wonder what on earth comes next for an icon who would appear to have done pretty well everything.

In the Dugout: Anthony Pulis

David Beckham won’t be the only Brit watching every move in Los Angeles at the weekend. Anthony Pulis, son of former Stoke, Crystal Palace, West Brom, and Middlesbrough manager, Tony, teamed up with pal Becks in Miami last year and will be on the bench as assistant to head coach, Diego Alonso.

Although Pulis Jnr., 35, played four times for Wales U23 side, he was a relatively anonymous midfielder with Portsmouth, Stoke City, Torquay United, Plymouth Argyle, Grimsby Town, Bristol Rovers, Southampton, Lincoln City, Stockport County, Barnet and Aldershot Town during a 10 year playing career in England. But his fortunes changed dramatically after he moved to America where he has enjoyed successful stints coaching Orlando City and Saint Louis before joining Beckham’s revolution in Miami.