The European Leagues’ General Assembly which took place on Friday 26th March marked the conclusion of Lars-Christer Olsson’s Presidency, due to retirement and the appointment of a new Board of Directors.

During the meeting, the leagues elected a new Board of Directors for the four-year cycle 2021-25, with the following members: 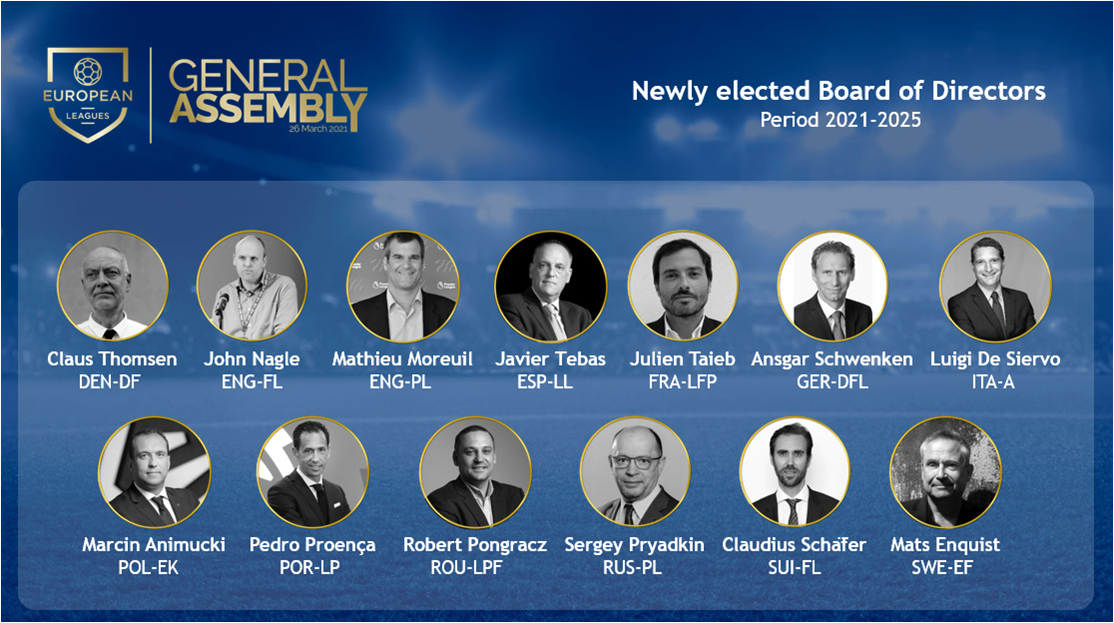 The the newly appointed Board approved the creation of a new structure with the appointment of a Management Board which will replace the President. The Management Board is composed by four (4) members: Javier Tebas – SPA; Mathieu Moreuil – ENG; Claus Thomsen – DEN; Claudius Schäfer – SUI. The Board is now entrusted to appoint the Chair of the Association’s meetings and the representative of the European Leagues at UEFA Executive Committee.

On the occasion Mr. Olsson was appointed by acclamation as the first Honorary President of the European Leagues to honour his outstanding services to the Association.