Everton Football Club are set to take possession of the Bramley-Moore Dock site, part of Peel L&P’s Liverpool Waters, on Monday 26 July which will see work on their new riverside stadium begin.

Contractors Laing O’Rourke will immediately begin work on the first phase of the project on that date as part of the construction of the 52,888 capacity stadium.

That first phase of the development will be the enabling works to prepare the dock site in readiness for the build.

Work will include the repair and preservation of the Grade II listed dock wall, stabilising of the hydraulic tower located on the site, the development of welfare facilities for Laing O’Rourke construction staff, the preparation for demolition of existing non-listed structures, and raking of the dock floor. Pipework will also be installed that will be used for the infilling of the dock.

Once these works are completed, Laing O’Rourke will begin the process of infilling the dock.

Everton Chairman, Bill Kenwright, said: “We are thrilled to be able to confirm that construction work will commence on our new stadium later this month.

“This will be a momentous day in the history of the club and is testament to the ambition and financial commitment of Farhad  and the determination and talent of Denise and her executive team at the club.

“Like every Evertonian, Goodison Park has been a massive part of my life but in moving forward we could not have found a more fitting nor more glorious site for our new stadium – one which will both honour our history and celebrate our magnificent future.” 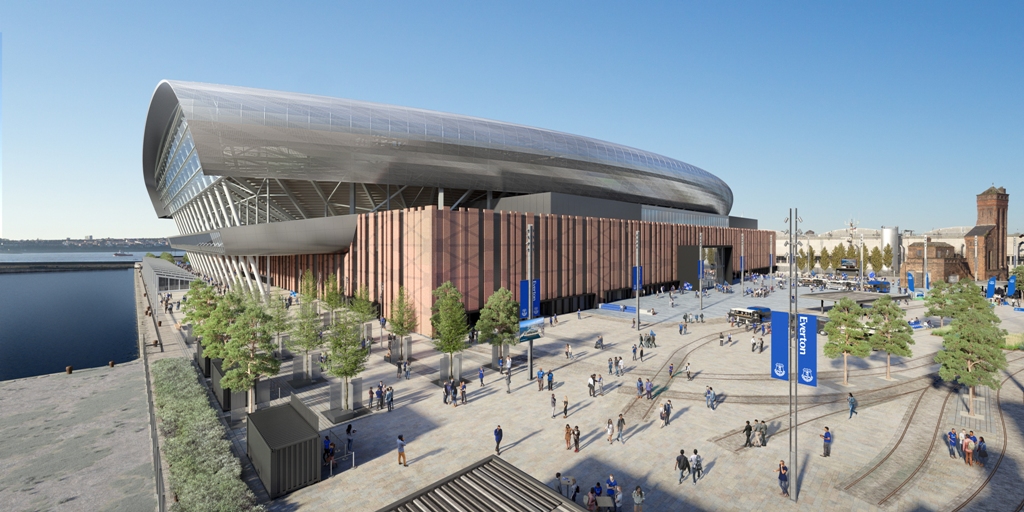 Chief Executive, Denise Barrett-Baxendale, commented: “This moment will rank as one of the most important in the Club’s history as it symbolises a new era for Evertonians, an era which will see our supporters, their children and their children’s children supporting their team in one of the finest stadiums in world football.

“This project presents such an exciting future for our club and is a clear demonstration of our owner’s commitment and ambition.

“I would like to thank everyone who has played a part in helping us reach this point – my colleagues who have ensured this project has remained on schedule despite the challenging circumstances presented by the pandemic, business leaders and politicians, the people of the city and, of course, our supporters who have given us their unwavering support at every stage of this project.

“I would also like to thank Laing O’Rourke and look forward to working with them and seeing our stunning designs become a reality in the years ahead.”

The development will be one of the largest ongoing in the UK, and will kickstart a major regeneration of North Liverpool. The new stadium is projected to deliver a £1bn boost to the city’s economy and provide up to 15,000 jobs for local people (12,000 during the construction phase).

It’s also expected to accelerate other local development – Liverpool Waters and Ten Streets – worth more than £650m and provide an annual boost of £2.1m in Council Tax receipts and Business Rates income of £1.7m per year.

Steve Rotheram, Metro Mayor of the Liverpool City Region, said: “Bramley-Moore is an area that has been crying out for investment for generations, so it’s fantastic to see that Everton are finally beginning construction on their new stadium.

“The new ground will be a transformative project for the whole area, attracting investment and creating thousands of jobs – as well as giving our region another world-class facility that will attract visitors from all over.

“Bramley-Moore has the potential to be a real catalyst for much-needed wider regeneration.”

A two-phase public consultation on Everton’s stadium plans held in 2019 attracted responses from more than 60,00 people, making it the largest consultation ever conducted in Liverpool City Region and one of the largest ever in the UK.

The results of the second phase showed that 96 per cent of more than 43,000 responses supported the club’s proposals to build a new stadium at Bramley-Moore Dock and a community-led legacy project on the site of Goodison Park, with 98 per cent approving the stadium designs.

Following the consultation, planning permission was submitted to Liverpool City Council in December 2019, before being unanimously approved earlier this year.

Kim Johnson, MP for Riverside, Liverpool, said: “A new Everton stadium will have a positive impact on the city’s economy and will attract visitors to the Riverside constituency.

“I look forward to working with Everton to ensure that this transformational project delivers inclusive growth for local people and businesses – especially those from the most underrepresented parts of our community.” 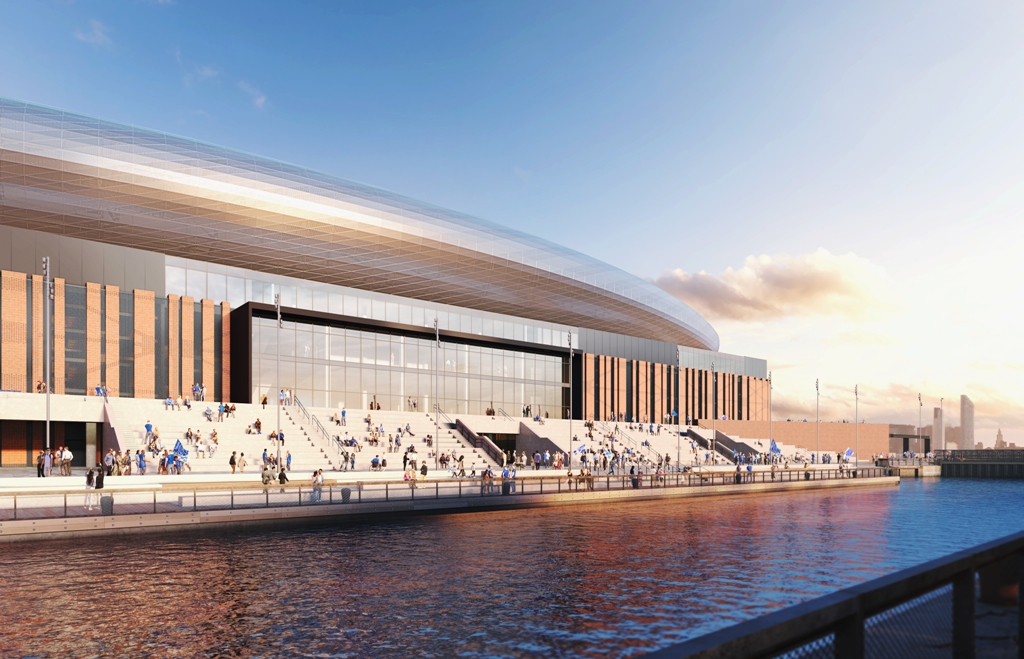 Everton will be the latest club to move build a new stadium which Premier League Chief Executive, Richard Masters, hailed as a positive for the league.

“A start date for construction on Everton’s new stadium is not only welcome news for the club and their fans, but for the Premier League as a whole,” he said.

“This new home will give Everton and visiting supporters a fantastic matchday experience and provide players with state-of-the-art playing and recovery facilities, while also positively impacting the local community.

“Stadium developments are an example of the contribution our clubs make, not only to the sport, but to both the regional and wider economy. After a season when Covid-19 posed considerable challenges for football and society as a whole, the commitment Everton has made to this development should be commended.

“Their plans will deliver significant economic and social benefits to the local area and beyond as the recovery from the pandemic continues.”