As football transfer window closed with a whimper last week, Andy Turner, Audit and Business Advisory Partner at Mercer & Hole provide an update on the current state of football finance.

The Premier League Financial Fair Play regulations (now known as Profit and Sustainability regulations) were established to prevent football clubs from getting into financial difficulty.

Although they been amended several times, there continues to be requirements to provide information by certain deadlines and significant sanctions for clubs that breach the rules.

It has become an important factor for all football clubs and their finance teams to model the impact of these regulations when preparing forecasts and making financial and commercial decisions.

There are some basic rules to follow around 1. Short term cost controls, ( effectively the total of the players service costs) the limits of which are set out below; and 2. Profitability and Sustainability (the maximum allowed amount of accounting loss), which is allowed to be made over a three year period. All of which are discussed below:

If the above costs are exceeded the club has an option to be assessed either on (i) the prior year basis or (ii) the 2012/3 base year basis.

If a club is assessed on the prior year basis it needs to demonstrate that the total of the clubs players’ service and image contract payments has:

not increased by more than £7m when compared to the previous contract period, or,

any excess over and above the £7m arises as a result of contracts entered into before 31 January 2013, or,

has been funded by club own revenue uplift as compared to the previous contract period, and or average three year player trading profit.

If the club elects for the base year basis the club must satisfy any of the following:

(ii) That the excess increase over and above the above figures arises as a result of contractual commitments entered into on or before 31 January 2013, and or have been funded by club own revenue uplift as compared with the like figures in contract year 2012/13 and / or averaged three year trading profit.

There are also various rules around payment of debts the main one being that clubs must ensure that HMRC liabilities in respect of PAYE and NIC are no more than 28 days in arrears.

If this aggregation results in a loss of up to £15m, the board the board will need to be comfortable that for the following year the club will be able to pay its liabilities and fulfill its obligations

If this aggregation results in a loss in excess of £15m, the club will need to provide future financial information to cover the period from the last accounting reference date until the next two year ends by 31 March in the relevant season. This is a calculation of estimated aggregate earnings before tax until the end of the second year based on this information is needed and, where funding is required, evidence of secure funding.

If the aggregation of the three years results in a loss in excess of £105m (reduced by £22m for each season in the prior years if that club was in the football league) this is treated as a breach of the rules.

Finance teams will need to be involved more than ever before in commercial decisions to ensure that the impact is fully understood. This will help decision makers determine what is ‘affordable’ under the regulations.

They will need to help with the structuring of certain transactions to ensure regulation compliance and that sufficient headroom around the regulations is maintained.

Care will need to be taken where clubs have sponsorship or other arrangements with related parties to ensure that it can be demonstrated that such transactions are at fair value.  This can be a very complex and difficult area.

All of the above require the finance teams to have more input in order to safeguard compliance with the regulations.

These regulations have often been criticised as some say they protect the status quo of the larger clubs and do not allow the smaller growing clubs with wealthy owners to compete on an even platform.

Additionally, the fair value rules around related party transactions are difficult to determine. Whilst this is a debate for football, one thing is clear; the rules are here to stay and finance teams need to be ahead of the game.

If you would like further information on how we can help you with the financial regulations, please get in touch. E: andyturner@mercerhole.co.uk T: 020 7236 2601 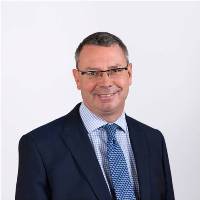 Andy has a wealth of experience in accounting and audit, he offers great commercial understanding and is dedicated to providing his clients with excellent service. He has a strong background in the sports, media and hotel industries and has worked with a number of high profile clients. He has also become a trusted advisor to a number of publicly-known business people, who value his pragmatic and hands-on approach.