Football & Footwear: A Casual Match Up

It’s no great surprise that in the superstar world of professional sportsmanship the rules of fashion do not apply, with footballers the biggest rule benders of all.

Often the target of a slow news day footballers are scrutinised in what, as well as where, they show their own style, which is usually very different from the previous player. One common theme is footwear, the showpiece item that ties together an outfit, whether it be outlandish and colourful, or smart and classy. One such company that knows just how important casual footwear is to a footballer’s choice in dress is Goodwin Smith, a high-end luxury footwear manufacturer. 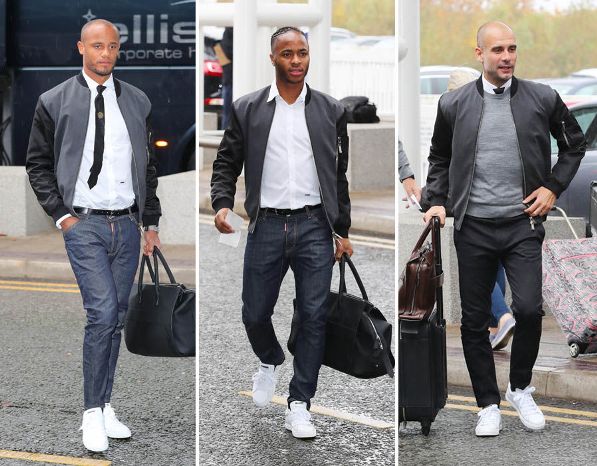 Coincidentally football is entwined with Goodwin Smith’s very own roots, with co-founder Ernie Goodwin plying his trade for Manchester City. Marketing manager Jack Dyson is an expert in the field of men’s fashion and highlights just how the landscape has shifted in recent times.

“Over the last 2-3 years we’ve seen a progressive movement towards casual footwear in men’s fashion. In the industry brands much like ourselves, from all over the world, are continuing to develop shoe styles that can be worn for all occasions. Men now want something they can wear on their commute to the office, in the airport and at the bar.” 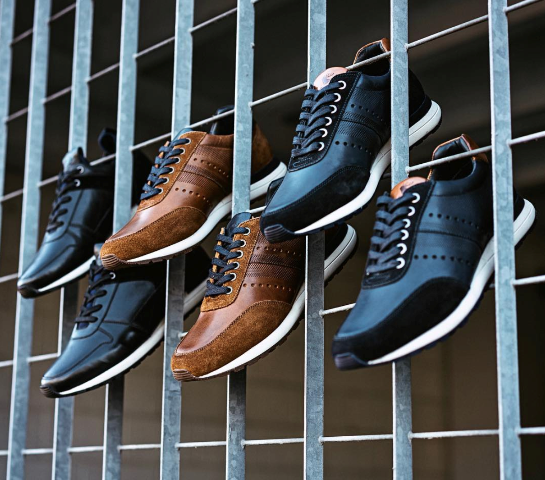 This new mentality could not have gained the traction it has from simply the normal faces and personalities of the fashion world, with a lot of the main influencers often alienated from the world of the average man through astronomical styles and prices alike.

One type of person that has a high chance of capturing the imagination is sportsmen and women. Whether in the papers, on the TV or on the feeds of social media, it is often impossible to escape the gaze of sports stars, so it is only natural that the latest trend can often be attributed to these people.

“It’s a trend that has spread across all sports with football without a doubt leading the way in the movement, particularly in the European leagues. Traditionally on match days you’d see the first team and staff all ‘suited up’ wearing plain black oxfords or derby styles. But not anymore. Some of the biggest clubs in the world are now adopting this ‘smart meets casual’ styles.” 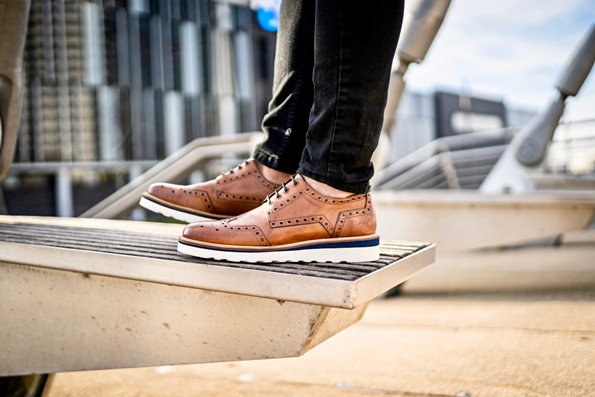 It appears that it has now often become a competition between football teams as to who can appear to be the most outlandish and bold, often on European nights, in an attempt to establish themselves at the forefront of this new culture of fashion entwined with football. Clubs have also begun to partner with global superstar brands, Paris Saint Germain and Jordan, whose collection is sold out in many products, highlights just how powerful football is becoming in the fashion world.

“For me, one club that’s leading the way is Manchester City. Season after season they deliver bold new statement styles that other clubs would be, quite frankly, scared to even entertain.”

With this new footwear trend in mind, Goodwin Smith have been proactive in designing and producing new styles that fit into the mould of the new outlook of footwear’s paramount importance on an outfit.

“It became clear to us that we needed to move forward with this trend when we worked with the likes of Leeds United and Huddersfield Town last season. We presented our whole collection to the players and staff and there was one style that 80% of the lads went for – our classic white wedge brogue – he perfect mix of smart meets casual. We’ve taken things one step further this season too and launched our new GS28 by Goodwin Smith collection. A dedicated range designed for the athleisure market.”

“It became clear to us that we needed to move forward with this trend when we worked with the likes of Leeds United and Huddersfield Town last season. We presented our whole collection to the players and staff and there was one style that 80% of the lads went for. Our classic white wedge brogue, the perfect mix of smart meets casual. We have taken things one step further this season and launched our new GS28 by Goodwin Smith collection. A dedicated range designed for the athleisure market.”

It appears that the versatility of the footwear has come to the forefront of a footballer’s fashion conscience with them constantly experimenting and challenging the norm and ‘function’ of types of shoes. This new, adventurous outlook gleaned from the stars of British football shows no sign of let up and it will be interesting to see how this new mindset advances in the future.