The purpose is to get the women’s premier league closer to football fans, providing them with a new thrilling entertainment tool.

The launch of BPI Fantasy League coincided with the first round of the women’s premier league, and offers the registered user statistics on the national players and clubs participating in the competition. 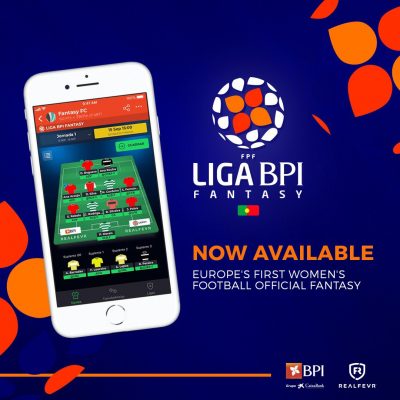 This is an unprecedented initiative resulting from the partnership between the FPF and RealFevr, a Portuguese  start-up, created in 2015, that develops fantasy products related with various football competitions all over the world, this being the first time it engages in women’s football.

The competition is already available and may be accessed through various platforms – web/smartphone/tablet. HERE