How The Business Of Football Has Changed Over The Last Century

English football is packed with heritage. Many of its biggest clubs are older than a large proportion of the world’s countries, having survived more than a hundred years so far. The sport goes back even further than that too, as the football we know today began life more than 150 years ago.

Over that time, a raft of changes has been brought in to make the sport fairer and more exciting. This included the introduction of referees in 1871 and the penalty kick in 1891, as well as more recent additions like the penalty shoot-out in 1970 and VAR in more recent years.

But in addition to on-pitch advancements, the business of football has also evolved radically over the sport’s history. Nowhere is this more apparent than during the last century, when the beautiful game went from a hobby for amateurs and semi-pros to a hyper-professional industry where millions are spent in the pursuit of marginal gains.

Sponsorship of football is not a new phenomenon, though it can sometimes feel that way. In the early days of the sport, team owners would fund their operations out of their own pockets and recoup these costs (plus a small profit) through ticket sales.

Game theory eventually took hold, though, and teams were forced to pay more and more for their on-pitch talent, necessitating increased revenues. This was where sponsorship came in, with local businesses offered small spots to place their logos in exchange for a fee.

Eventually, this grew into the multi-billion pound affair that we know today with stadium naming rights and prime spots alongside the pitch all offered to the highest bidders.

But that’s not all. Since the 1970s, teams have been placing logos on their players’ shirts to generate more income. It started when Kettering Town accepted a few thousand pounds to display ‘Kettering Tyres’, the name of a local garage, on their kit. The FA wasn’t impressed though and they were forced to remove it after a couple of games.

The cat was out of the bag by this point, though, and just a few years later, shirt sponsorship deals were worth millions for top-flight teams.

Over the years, the types of businesses paying to be associated with football have changed several times. Right now, almost every Premier League club has an iGaming brand as a partner as online casinos look to find ways to stand out from the crowd.

This is part of a multi-pronged strategy for casinos, which also use bonuses, jackpots, and themed slots to appeal to a wide demographic. As part of this, many also create innovative new variations of classic games, like Premium Blackjack, to differentiate themselves from their competitors. These variants retain the same basic elements of classic blackjack games but add more hands, change the number of decks in the shoe, and offer side bets to change the dynamic of the game and create a new challenge.

The sponsorship of football clubs is part of a brand recognition exercise that complements the creation of a unique product offering. However, as the market consolidates, we’re likely to see clubs find new industries to sponsor their kits and stadiums.

But regardless of where the cash is coming from, it’s vital for teams as it can be used to partially fund player wages or cover the majority of backroom operations. 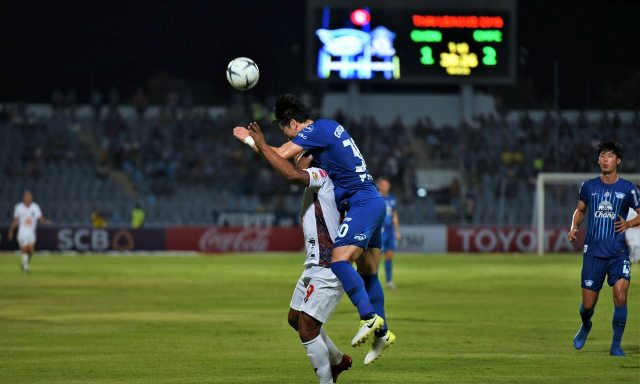 While sponsorship was an early way for football clubs to diversify their income, it was only the prelude to the revolution that came after it.

When TV companies began to air games, they paid modest sums to the leagues for the rights to do so. However, when they realised how many people live football attracted, a bidding war began, driving up the price of broadcast rights packages.

This ultimately culminated in the split from the EFL that created the Premier League and now sees the top-flight competition generate more than £3 billion a year from domestic and international TV deals.

These sums mean that clubs can afford to pay huge amounts for their players, creating a seller’s market where the best footballers in the world can all but name their price. Teams that want to succeed have no choice but to pay these hefty fees because, without the right talent, they can’t win.