David Lynam, co-founder of Kaizen Ticketing tells fcbusiness how the company is making it easier to sell tickets to away supporters as clubs look to recoup some of the lost revenue caused by Covid closures of stadiums over the last year.

It’s a common scene at football clubs up and down the country with ticket office staff spending a huge amount of time printing and shipping boxes of tickets for visiting fan sales. But now there is a way of saving time and money with Kaizen Ticketing’s new platform that allows clubs to sell away tickets more efficiently.

Using Kaizen’s ticketing software it allows any club using the platform to share an allocation with another club digitally. Home and away clubs can set their own purchase rules separately but it gives the host club full visibility of away sales numbers, allowing them to plan for any potential issues earlier than normal.

“It’s been an age old problem,” said Lynam. “I worked in a football club ticket office many years ago and it was something that took up so much time and doesn’t seem to have moved on since I was doing that. 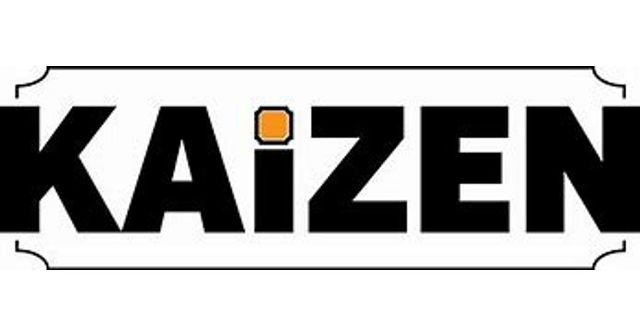 “The traditional process of having someone in the ticket office printing 3000 tickets and sending them via courier to the visiting team is outdated. The home club has no visibility for the next 4 weeks about what’s being sold, which areas are being sold and sometimes, just days before the game, they’ll get a box of tickets back and they have to try and sell them when they could have done so weeks ago.”

Kaizen’s new system was trialled at the pre-season friendly between Hitchin Town & Bedford Town in August, and was a huge success with both clubs sharing the allocation information to ensure the maximum amount of tickets were sold.

Lynam continued: “We work with a large number of non-league clubs and we’ve seen on our platform that there are fans that have accounts with many different clubs other than the one they support so that they can purchase tickets to games. Our system solves this problem by allowing them to buy tickets in one place.”

What are the benefits for both non-league and football league clubs? The Kaizen system allows a far greater distribution of tickets. There’s also the opportunity to capture the impulse buyer.

“It’s about making tickets available through a broad range of channels which will help sales,” Lynam adds. “It definitely helps increase the reach and get them out to more people. Also if you see that tickets aren’t selling particularly well, you can work together to see how you can sell more or take back some sooner because there’s more demand from home supporters.”

Kaizen is the official ticketing partner of the Southern, Isthmian and Northern Premier Leagues and, pre-Covid, was part of a drive to make ticketing at that level more efficient and reduce the amount of cash being handled by clubs.

Under strict Covid restrictions, in the final months of the 20/21 season Kaizen grew its client base, taking on 50 more clubs as fans returned in limited numbers to football at that level allowing them to safely buy tickets online.

Kaizen’s main success with the system came when Northern Premier League club Marine AFC played Tottenham Hotspur in the FA Cup at the start of the year. The game was played behind closed doors after the club’s local area was placed in Tier 3 Covid restrictions just days before the game was due to be played.

The measures would have had a devastating impact on the club’s long-term finances but a campaign saw fans purchase 30,697 virtual tickets for the match which raised over £300,000 and secured the club’s immediate financial security.

“It’s about having an idea, for clubs at that level particularly,” Lynam said. “That was run via our partnership with the Northern Premier League, with Marine one of the clubs that joined us.”

With 83 clubs now using the Kaizen Ticketing platform, their scale and expertise can benefit a wide range of clubs with the company eyeing a break through into the EFL to help clubs with their ticketing requirements at a higher level.