LaLiga and the Rafa Nadal Academy by Movistar (RNA) have signed a framework collaboration agreement to share experience and knowledge and mutually reinforce the international reputation of both brands.

The alliance, which covers the next three years, will see the organisations offer two-way support and launch a series of joint projects and initiatives.

This agreement is based on the values shared by the two organisations which have proven fundamental to their success: hard work, tolerance, respect, integrity and commitment, among others. These values are instilled in young people by LaLiga with projects such as the Values School and Future Fan, as well as the Integrity Talks given to players at LaLiga’s offices. 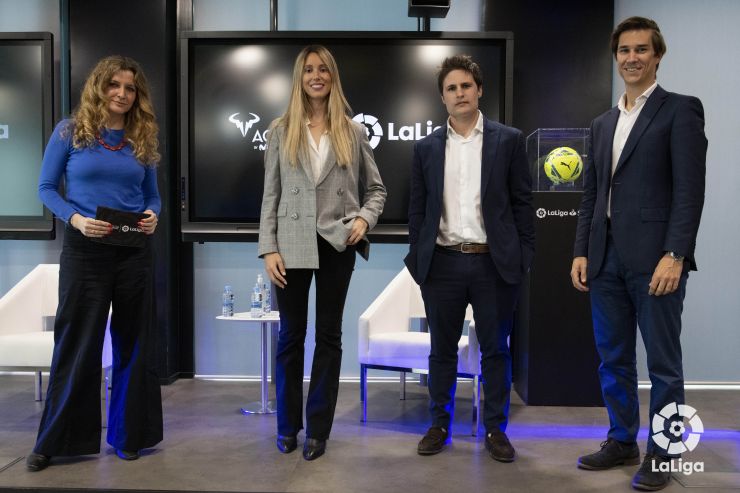 The Rafa Nadal Academy by Movistar focuses on promoting and fostering these same values which form the basis of its teaching method, both in terms of technique and in terms of sporting strategy and physical training.

Speaking of the partnership, LaLiga President, Javier Tebas, said: “Our alliance with the Rafa Nadal Academy by Movistar represents another step forward in our bid to expand the world of sport. Rafa and his team will help to promote the values that are fundamental to us and to give even greater visibility to the LaLiga brand.”

The international impact of this framework collaboration agreement can be seen in some of the initiatives included in the deal. Among them is the possibility of holding joint events in strategic territories for both organisations.

Furthermore, LaLiga will make its network of international offices available to RNA in order to collaborate in extending the international reach of the academy and enhancing its visibility in new territories.

Tennis legend Rafa Nadal, added: “Since we opened the Academy in 2016, we’ve grown consistently both nationally and internationally, and we believe that this collaboration with LaLiga will be of great value to us.

“Our teams have been working together for some time now on some very exciting projects which I hope we’ll see come to fruition soon. I’m sure that this partnership between the two brands will be very positive.”

LaLiga and the Rafa Nadal Academy are confident that the project will be able to continue transforming and expanding over time, taking on new commitments and creating new opportunities for collaboration.