Managing in the Modern Game: The Growth of Women’s football – Jonathan Morgan

In the latest instalment of Managing in the Modern Game, a series of interviews looking at specific elements of football management through the eyes of those involved, Dean Eldredge of Oporto Sports Management speaks to former Leicester City women’s manager Jonathan Morgan about his journey through the women’s game from grassroots, to semi-pro to the elite level in the WSL, while exploring whether enough is being done to capitalise on the increased popularity and coverage of the sport and his own personal ambitions…

Let’s start with your time as manager of Leicester City women. You were there from 2014 until your departure in 2021. How do you look back on that period of your career?

It was a great experience. To start with a club from pretty much nothing and see that journey through to the Women’s Super League was incredible. We went from grassroots to professional, and it’s an achievement I’m very proud of. I think it’s something we will never forget.

In terms of my time at Leicester, over such a long period, there’s always going to be ups and downs, but fundamentally it was a joy to manage such a great football club. The early years were done working alongside my family, which was a unique experience. We had such a good work ethic and understood each other, knowing what the overall goal was. That approach, I believe, helped to ensure the club is where it is today, at the elite level of women’s football. It was just a fantastic learning curve for me, moving from grassroots, to semi-pro and then to professional. I’m convinced that experience has better equipped me to be a successful manager in the future.

You’ve seen the women’s game change beyond recognition. What are your hopes for the future growth of the sport?

For me personally, I hope that the game becomes self-sustainable, and also attracts the crowds it deserves. There are some great people working in the women’s game, with real quality, but unfortunately I think people are only just beginning to understand and appreciate where the game is at. Off the field, I’d love to see the game continue to have true growth, rather than accelerated growth, to create fanbases and have supporters that want to attend week-in-week-out like in the men’s game. I feel that the professionalism has spread down in the game, making the lower leagues stronger and giving a platform for talented players to come through and reach the WSL.

Looking at the increased coverage of the women’s game, do you believe that there is enough being done at grassroots level to encourage young girls to play and participate in the sport?

I don’t think there is, if I’m honest. The game is currently geared up to first-team level, and as soon as you delve in to under-23s and academy structures, there isn’t the knowledge of these areas from supporter bases and the media. That will come with time. The women’s game isn’t as inclusive as it can be, and there are socio-economic barriers in place preventing everyone access to realise their potential from a young age. I still think teachers and parents when considering girls at school age don’t automatically think of them playing football, but having said that, I know the statistics still say it’s the fastest growing sport in the country. There’s still a long way to go though, to provide a genuine pathway for young girls.

When I left Leicester, we had over 200 young girls signed up to play. We had two teams per age group, and there was a pathway for the elite level and a pathway for participation, meaning as a club we could cater for everyone. That’s the mind-set change that we need across the game.

Who are the coaches you admire in the WSL at the moment and why?

For me, Gareth Taylor at Manchester City is someone I look at, see his journey from the men’s to the women’s game, and how he dealt with the stick he received. He’s considered and considerate, has dealt with great injury difficulties in a responsible manner, not allowing the stress or pressure to get the better of him. I’ve been fortunate enough to have conversations with him, and he’s a good manager and person, and has been through some great challenges. I also look at Emma Hayes, a great ambassador for the game, who has done everything, won it all. Emma is a pioneer, but she dealt with a difficult start, avoiding relegation, but she had a plan and vision and stamped her authority on the game. People can see just how hard-working she is, and Chelsea having given her time, are reaping the benefits of her success.

The Lionesses have made clear progress at the top of the game, regularly reaching the semi-finals of major competitions. What are your hopes for them in this summer’s Euros and beyond?

Naturally, like every English sportsperson, I hope they go on to win the tournament and inspire the next generation of young girls to play and participate in the game. We are now seeing the Lionesses as role models, with an opportunity to inspire young people on a much bigger scale than was possible a while back. Long may it continue that they reach the latter stages of major tournaments, but hopefully they can go that step further and win a major trophy. 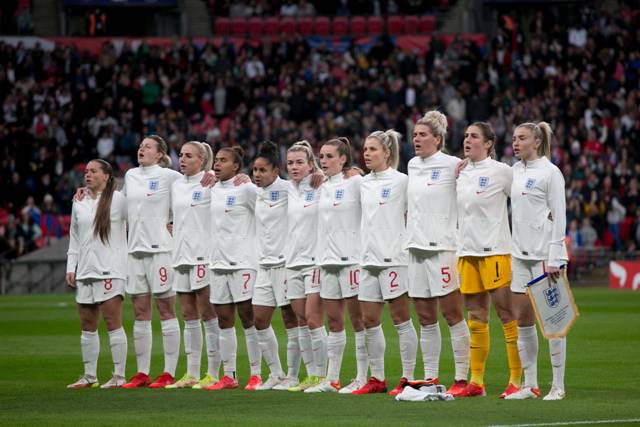 There’s always been a spike in interest in the game when England are playing, so that will help to encourage more young girls to play and watch the sport, but it’s how the authorities harness that interest and create the sustainable pathway so we don’t lose them.

Returning to your own career, what have you been doing since leaving Leicester, and what are your ambitions for the future?

It’s been an interesting time since leaving Leicester and I’ve taken stock to consider what I want to do next. Leicester was all I’d known as a coach, and we had huge success, and perhaps I was a victim of our success. Alongside working in football, I have a company buying and selling land for developers, which is something I’ve done since I was 22. That’s given me a solid base from a business perspective. I’ve also done some media work, and enjoyed that experience, watching and analysing men’s and women’s games respectively. I think all of those skills help and are transferrable for when I return to management.

Obviously, I’m looking for my next opportunity. I want a project where I can build something, like we did with Leicester. My ambition is to manage again, and also to one day experience working in the men’s game, to challenge myself in that environment. I know I need to find the opportunity that suits me, not just the next available job and I know I’ll be better for all my experiences in and away from football. Being a football manager is in my blood, and I hope I’ll be back working sooner, rather than later.

Jonathan’s journey, coaching and working with his own family, while navigating Leicester City women’s transition through the lower leagues to reach the top table of women’s football is a quite remarkable story, and one which sees him well-placed for a return to the dugout in the future.

His own personal growth is matched with the exponential development of the sport itself, a subject that he is passionate about with a considered view on how to harness the unique opportunity the game has ahead of this summer’s home Euros, with an England side that has a genuine chance of securing silverware – something that Jonathan has made a handy habit of achieving himself, and will hope to continue that run when he steps back in to the dugout.

LMA Championship Manager of the Year

The one moment that stands out would be when with Leicester, before COVID, we faced Reading in the FA Cup. They were a consistent top four WSL side. Leicester were a semi-pro team, not affiliated with the men’s club ownership, and yet we won 2-1. To this day, we are the only side from outside of the WSL to have beaten a top four WSL club in a competitive game. We had an average age of 18 that day, playing against top England internationals like Remi Allen, Jo Potter, Fara Williams and Jade Moore. We were just run by a family, and defied all the odds, which made it such a special memory for me. I suppose it proved that I could compete with the best and that encourages me now to pursue my next opportunity.

I also look back fondly on the 2015/16 season, which was a special year in Leicester with the men’s side winning the Premier League, while we won the third tier women’s title, winning 22 out of 22 games. The whole city was buzzing and we were able to ride on an unlikely high, with every jigsaw piece slotting in to place. I doubt there’ll ever a year like that again.