As two of the worlds greatest teams and footballing businesses prepare to collide, we at FCBusiness online bring you further exclusive insight with regard to the tie of the UEFA Champions League quarter final round.

Coming into the game, Barcelona will have played in the Catalan derby at the Camp Nou on the 30th March and travelled to Villareal on the 2nd April. Atletico Madrid then travel to Barcelona for a 19:45pm kick-off on the 6th April before the first quarter final leg at Old Trafford.

On the other hand, United will faced Watford at home on the 30th March before a mid-week tie away at Wolves on the 2nd April. United they have 8 days rest prior to the first leg at home against Barcelona.

I told you the undercover work would be worth it Mick pic.twitter.com/M7IIh4Flqn

Without doubt, Barcelona have the tougher run-in coming into the tie although Huesca should provide the Catalans the opportunity to rest players ready for the second leg. Conversely, West Ham United are a side capable of causing any team problems and will attempt to exploit any tired legs in the Red Devils squad from their mid-week game.

The run to the quarter finals:

In the quarter finals, Barcelona breezed past Olympique Lyon after a masterclass by the talismanic Lionel Messi. In contrast, Manchester United snuck past PSG, overturning a 2-0 deficit with a fantastic performance at the Parc des Princes courtesy of a last minute penalty emphatically converted by Marcus Rashford.

Solskjaers’ men navigated the group stage coming through as runners up in a group containing Juventus, Valencia and Young Boys; epitomised by a late 2-1 victory at the Allianz Stadium yet again showing away ties or opposition reputation counts for nothing when United are in town. 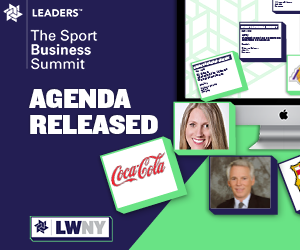 Whilst Chris Smalling may not be the first name to come to mind when considering United’s key players, he has been immense in the Champions League this season. Manchester United lost both Champions League games that the Englishman didn’t feature in (the away game against Valencia and the first leg against PSG at Old Trafford).

No-one in the United squad has averaged a higher number of clearances per game (5) than Smalling and only Phil Jones has averaged a higher number of blocks per game (1.5 for Jones, 1.3 for Smalling). Smalling has seen a resurgence in form under the new structure, has two Premier league titles and a Europa League title to his name and is one of the United older guard with the experience and know how in terms of delivering trophies to the red side of Manchester. At 29 years of age with over 60 appearances in Europe under his belt Smalling could well be key if United are to stay composed and steer themselves into the last four.

Luke Shaw is another key player. This season, the 23 year-old has established himself as United’s first choice left-back, featuring in 35 games so far this season. Of the current players to have featured in three or more Champions League games for the Red Devils this season, only Nemanja Matic has averaged a higher number of tackles per game (2.2 for Matic, 1.6 for Shaw). Furthermore, only Phil Jones (1.5) and Victor Lindelof (1.4) have made more interceptions per game than Luke Shaw (1.3) in this season’s Champions League campaign. More surprisingly the England left back has also averaged 1.3 dribbles per game in the Champions League, the same number as Paul Pogba, which highlights his ability to carry the ball out of defence and transition defence into attack. Shaw’s willingness to go forward could well be key to unlocking the Barcelona defence should United regain possession deep with Barcelona overly committed.

Speaking of Paul Pogba, the talismanic Frenchman has been revitalised under Ole Gunnar Solskjaer, contributing six assists and eight goals in the 14 Premier League games which Solskjaer has managed. Pogba hasn’t contributed a goal or assist in the Champions League since matchday one in United’s trip to Bern to face BSC Young Boys. However, don’t be fooled, Pogba isn’t afraid of the big stage as the world cup arguably became his own where he produced masterful performances against top sides such as Lionel Messi’s Argentina then Belgium and ultimately went on to score in the final against Croatia.

Pogba is arguably United’s most talented and dangerous player and can perform on the big stage. He has completed more key passes and won more fouls per game than any other player in the Champions League for Manchester United (1.9 key passes and 2.1 fouls per game) and has completed an average of 54.9 passes per game with a success rate of 84.4%  in European competition this season. With good feet, a phenomenal frame, pace, power and a strike like an exocet, if Paul Pogba has his day Barcelona will have their work cut out to contain him.

Marcus Rashford sits tied at the top of the scoring charts for United in the Champions League this season with Paul Pogba and Romelu Lukaku. Rashford also has a high success rate (83%) of passes completed and is integral to those around him as play progresses higher up the field.

The England centre forward has now firmly established himself as United’s first choice striker and has also delivered under pressure confidently passing the legendary Gianluca Buffon with ease from the penalty spot in Paris. Rashford like Pogba and his possible partner Lukaku also possesses pace power and guile and the one thing Barcelona may not face with great regularity in La Liga is three people of such physical precocity leading and supporting the opposition front line.

Despite lining up as a left-back for Barcelona, Jordi Alba remains as one of the Catalan’s most dangerous players with his persistent overlapping runs down the left-flank. In the Champions League this season, no Barcelona player has contributed more assists (3) than the Spaniard and only Lionel Messi (3.5) and Luis Suarez (3.2) have completed a higher number of key passes per game than Alba (2.3). At 83.4, the full-back has also averaged the highest number of passes per game for the Club at a success rate of 86.8%.

Whilst Alba remains one of Barcelona’s most influential offensive players, he is still competent in his defensive abilities. Of players to have featured in more than one game, only Ivan Rakitic has averaged a higher number of interceptions per game (1.9) than Alba (1.6) for Barcelona in the Champions League this season.  Alba is a player expected to regularly press forwards and cause the United defence a problem or so over the two legged tie.

The jewel in Barcelona’s crown for over a decade, Messi remains as one of the most dangerous attacking players in world football. Messi is currently tied at the top of the Champions League top-scorer charts on 8 with Robert Lewandowski, however, the Argentine has averaged a goal every 60 minutes this campaign whereas Lewandowski has averaged a goal every 89 minutes.  Messi has also taken more shots per game (6.2) and completed more key passes (3.5) than any other Barcelona player in the Champions League this season. Further to this, Messi is also tied with the most assists for Barcelona in the Champions League this season with 3.

Despite now being 31 years of age, Messi is still showing no signs of decline as he looks to carry Barcelona to Champions League glory for the first time since Real Madrid’s unprecedented European treble.

As reports circle that Barcelona may already be willing to cut Countinho’s stay at the Camp Nou short, the Brazilian has been relatively underwhelming in La Liga thus far. However, Coutinho has come alive for the Catalan side in the Champions League this season; the Brazilian has had a direct involvement in five goals (two goals and three assists) so far. This is bettered only by Lionel Messi.

Coutinho has averaged 3.5 shots per game in the Champions League this season; only Messi and Suarez have attempted more. In addition, the Brazilian has completed an average of 2.3 dribbles per game in the Champions League which is tied with Lionel Messi for the highest at the Club. He has also drawn 1.9 fouls per game in European competition this season. Only Arthur (2.3) and Suarez (2.7) have drawn more. With 1.8 key passes per game, no Barcelona midfielder has averaged a higher number of key passes than Coutinho in the competition this season.

Despite the current speculation about Coutinho’s future, he has proven to be one of Barcelona’s most dangerous players in European competition and could prove to be a deciding factor over the two legs against Manchester United.

The battle between Paul Pogba and Sergio Busquets could be decisive in the final outcome of these fixtures. Busquets remains an integral player at the base of Barcelona’s midfield with his ability to break-up play and instigate attacks from deep.

No player has averaged a higher number of tackles per game (3.8) for Barcelona in the Champions League this season, whilst only Ivan Rakitic (1.9), Jordi Alba (1.6) and Sergi Roberto (1.4) have made more interceptions per game than Busquets (1.1).

Busquets generally acts as the metronome in Barcelona’s midfield, dictating the pace and tempo of the Catalans possession. This season, Busquets has averaged 77.5 passes per game with a success rate of 93.2% in the Champions League. However, the Spaniard has also averaged 1.4 key passes per game. Of his midfield partners, only Carles Alena (who has featured in one game) and Philippe Coutinho have averaged a higher number of key passes.

Rather strangely for such an iconic and important football match both teams are rather inexperienced in the dug out at this level. Valverde has not tasted European success as a manager and has only won the Cup Winners Cup as a player along with just the one La Liga title to his name.

Solskjaer on the other hand has relatively no European experience at all in his shirt and tie other than one night in Paris. However multiple Premier league titles and scoring in a Champions League winning final are possibly no mean feat to be able to draw on at a level where its arguably more about the men on the pitch as opposed to the suits on the side.

Man United v Barcelona, Paul Pogba v Lionel Messi, bill it as you like, the world awaits with baited breath for the tie of the round and possibly the game of season.

In part three of this exclusive F.C. Business trilogy we will be bringing you an exclusive podcast with Manchester United thoroughbred and current assistant manager @Mike_Phelan_1 . A former champions league winning coach and a former victor over Barcelona as a player in the European Cup Winners Cup Final Mike has been widely reported in the media as integral in the recent culture shift at Manchester United Football Club. Mike will be talking with @sgevans about his career in the game, the Barcelona tie and life at Manchester United in general.