With 66 major trophies, including a record 20 English league titles, Manchester United has developed into one of the world’s leading sports brands with a global community of 1.1 billion fans and followers. fcbusiness explores how they’ve continued to grow commercially despite relatively little success on the pitch in recent years.

In February, United further strengthened its sponsorship portfolio with the announcement of a global partnership with Mondelēz International whose world renowned brands include Cadbury, Oreo, Toblerone, Milka and belVita. The partnership with Mondelēz is one of the club’s many global sponsorship deals which have helped them bolster their position as one of football’s most valuable properties.

However, in recent years, United has struggled to adjust on the pitch following the retirement of Sir Alex Ferguson in 2013. Relative success, for them at least, since his retirement has seen the club win the FA Cup in 2016 and the EFL Cup and UEFA Europa League double in 2017. Despite this their league form has fallen way short of expectations and they currently sit fifth in the Premier League, 38 points behind leaders and rivals Liverpool.

The impact of this has been felt in the club’s broadcasting and matchday revenues which have fallen over 37% and 15% respectively over the same reporting period. Despite this, they have continued to grow revenues through sponsorship. In a Q&A during their Q2 earnings investor call, Richard Arnold, Group Managing Director at Manchester United pointed to the changing dynamic in the sponsorship market and said there were two key aspects to their continued growth – the scale of their reach globally and the new ways in which they can engage with fans.

“I think that it’s actually a very exciting time in sponsorship,” he said. “The combination of the scale of what we offer globally, the ability to be a single solution on both live media across almost every TV set in the world, as well as having the most engaged digital footprint in the world, both in the Chinese ecosystem as well as western ecosystems, means that we’re fairly uniquely positioned.”

In 2012, Manchester United announced it had a global fanbase of 659 million. The research conducted by Kantar suggested roughly half (325m) lived in the Asia Pacific region, 173m in the Middle East and Africa, 90m in Europe and 71m in the Americas.

That figure certainly raised a few eyebrows and at the time United still hadn’t established a presence on social media on platforms such as Twitter, which it didn’t activate until July 2013, but quickly amassed a huge following (currently 21.2m on its main @ManUtd English language account). In addition to this, across social media the club now has over 73m followers in Facebook, over 31m on Instagram, and again, despite being late to the party, has gained over 2.6m followers on YouTube since launching in February 2018, passing 1 million subscribers within five months of launch, making it the fastest sports channel to reach that milestone in YouTube’s history.

The club now quotes a global audience figure of 1.1bn, helped by its presence across social media and the growth of the Premier League’s global fanbase for which United is still a significant draw.  During the 2018/19 season, United’s games generated a cumulative audience reach of over 3.5 billion viewers, according to Futures Data, across 200 territories. On a per game basis, its 53 games that season attracted an average cumulative audience reach of 68 million.

Take a quick look at United’s portfolio of partners and it shows you the scale of their appeal worldwide, from US sponsors Chevrolet and Aon; Russian airline, Aeroflot; Japanese gaming company, Konami to Swiss watchmaker, Tag Heuer which make up just some of the club’s 25 listed global sponsors. Add to those 14 financial partners, 14 media partners and 8 regional partners and you get a sense of scale. 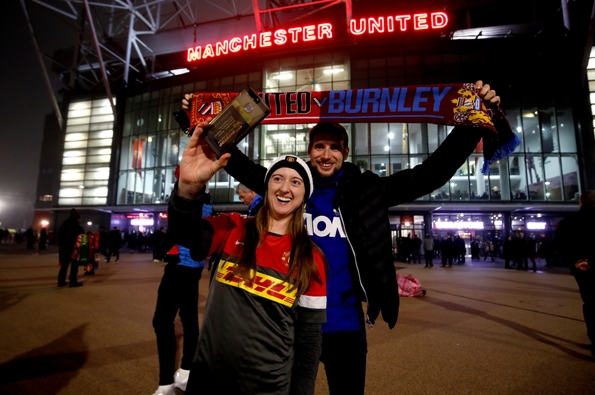 Fans pose for a photo outside the stadium. PA Images

United are clearly an attractive proposition for sponsors but Arnold stressed that the club has invested heavily to develop its commercial capabilities in the face of increased competition and the changing nature of the sponsorship market, pointing to companies increasingly demanding better targeting, engagement and reporting metrics.

Indeed, United’s customer relationship management (CRM) database, a proprietary data repository that includes contact and transactional details of followers and customers around the globe, enables them to analyse and better understand prospects and customers to drive revenues. As of 30 June 2019, that CRM database held in excess of 36.1 million records.

“And that’s been translating into the ongoing growth you’re seeing in these categories. It is a competitive market in terms of the number of properties out there, but I don’t think it’s genuinely competitive in terms of the offering we have relative to others.”

So what opportunities are available to a club like United?  “I think there’s three points I would refer to,” Arnold said. “The first is that we continue to be successful in segmenting and defining new, previously unexplored categories in terms of the work we’re doing.

“The second aspect is that when you look at the fill rate of our categories compared to the most popular categories for the industry in general, actually, we have a fairly significant number of open categories that we would have a strong expectation for the future in terms of being good category opportunities.

“And the final point, our renewal rate is, we believe, industry leading.  There’s a lot of investment and very skilled individuals that work in servicing our clients and delivering on their ambitions and goals, and that results in very strong renewals. That allows us to generate fairly significant, continued growth with them as they see the benefit of the rights as well as in category improvement in price points, which are achieved not just through renewal but also replacement in category.”

United’s partnership with Marriot Bonvoy and the work carried out on its affinity programme demonstrates how sponsors are successfully using the club’s global appeal, winning two awards at the European Sponsorship Association Awards on 26th February for Best Newcomer (global) and Sports Sponsorship (€1m – €5m).

A statement on the award’s website read: “With Marriott Rewards, SPG and The Ritz-Carlton Rewards combining to become the world’s largest hotel loyalty programme with 135m members, we had to make our new brand, Marriott Bonvoy, famous around the world. The US used the Oscars but we needed a platform that would resonate globally.

“We became the first ever hotel partner of Manchester United, one of the most famous sports teams playing the world’s most popular sport. Within four months we had established Marriott Bonvoy amongst Man Utd fans around the world, smashed awareness benchmarks and wowed fans with never-been-done-before experiences that got them talking about the new brand and helped the club open up a new category.”

Awards such as this reflect the impact of United’s sponsorship and value that can be derived from them. Significantly, the club’s principal partner and front of shirt sponsor Chevrolet (General Motors) will see its partnership end in 2021. Chevrolet became the club’s fifth front of shirt sponsor in July 2012 when it signed a seven-year deal worth a reported £450m taking over from Aon who became the club’s official training ground sponsor.

Media reports suggest the club is close to a record-breaking front-of-shirt sponsorship deal worth in the region of £70m per year but Arnold played down the speculation commenting: “We’ve communicated previously that the shirt process is underway and ongoing. We’ve communicated previously that only at the point at which a deal is concluded, as you would expect, given its material information, we will announce that in the usual way. 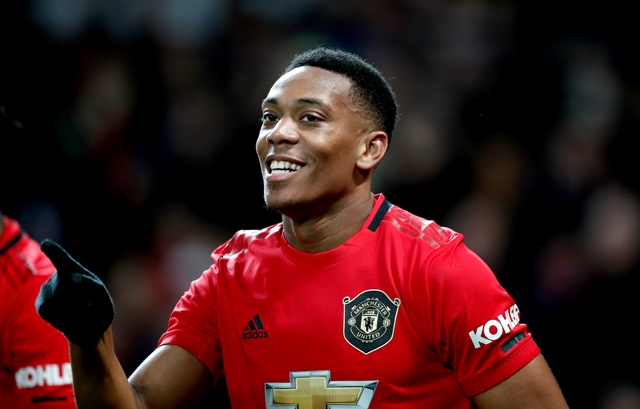 “That hasn’t happened. And concurrently, we’ve also indicated that we won’t be providing running commentary on how that process and the associated negotiations are preceding. So beyond speculation from the press, there is nothing further I can add in respect of that ongoing process.”