Millwall Football Club has linked up with British shoe brand Goodwin Smith who will become the Championship club’s official footwear partner once again.

The Lions worked with the luxury shoe and clothing brand back in 2016/17 and have gone back into partnership with the popular British company, which will see the players wear Goodwin Smith shoes on matchdays and beyond.

The partnership between Millwall and Goodwin Smith will also see the latter’s brand and advertising feature on the big screen, LEDs and across the club’s social platforms.

Andrew Stead, commercial sales executive, said: “We are delighted to partner with Goodwin Smith for a second time. This is an exciting partnership which we believe will lead to plenty of engagement with supporters throughout the season in terms of competitions and unmissable giveaways.

“Millwall share plenty of similar values to Goodwin Smith and that is what makes this opportunity such an important and exciting one.

“We look forward to working closely with Jack and the team at Goodwin Smith in the months ahead as we aim to develop the commercial partnership.” 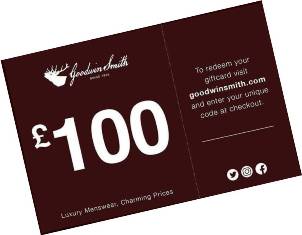 Visit @fcbusiness on Twitter – Like & Retweet our post to be in with a chance to win a £100 Goodwin Smith voucher. Competition ends 31st Aug. Winner will be announced 1st Sept.

Jack Dyson, brand manager at Goodwin Smith, added: “We’re thrilled, once again, to be partnering with Millwall Football Club for a second season. This campaign promises to be a really exciting one for the club with a host of fresh faces coming in over the summer.

“The previous partnership was very well received by Lions fans so we had no doubts about coming back for more! With this in mind, this season’s collaboration is going to be all about the supporters.

“We have some fantastic fan engagement campaigns lined up and we’ll be looking to get them involved with all that we do with the club.”

Goodwin Smith have been designing and manufacturing quality footwear since 1928. You can find out more about the brand, their products and different ranges by clicking here.