Pixellot, the pioneer and market leader of AI-based automated sports production solutions, and La Corte one of Argentina’s leading broadcasting and media production companies, has announced they will collaborate to produce the 2019/2020 Argentinian women’s football league together with La Maña SA and television host Jorge Rial.

The award-winning Pixellot technology will enable La Corte to provide live and on-demand coverage of Primera A, which is the highest competitive level of this sport in Argentina and is organized by the Argentine Football Association (AFA).

An initial 15 Pixellot production systems will be deployed in stadiums to provide coverage of league, which has been operational since 1991, but without broadcast.

“Women’s football has always been popular in Argentina, but until now, women’s sports have never had the opportunity to grow their fan base,” says Pablo Monzoncillo, CEO of La Corte. “This partnership with Pixellot will enable us to bring women’s football to the people and open up additional opportunities for exposure to women’s sports in the future.”

“Pixellot’s AI-Automated technology is democratizing sports by levelling the playing field between pro and semi-pro sports,” says Alon Werber, CEO of Pixellot. “This is especially the case for women’s sports that have lacked live coverage until now because the costs were high. We are happy to be the enablers of a new era where more women’s sports are accessible to a wider fan base.”

In March 2019, an agreement was signed by Claudio Tapia, president of the AFA, and Sergio Marchi, General Secretary of Associated Soccer Players, to give professional status to women’s football and allow Argentinian league clubs to sign contracts. 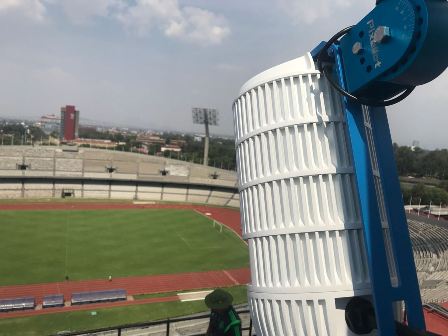 “We signed an agreement to kick-off the women’s football league by giving it professional status,” says Claudio Tapia, President of the AFA. “It is a commitment that we will carry forward, and I hope that the next tournament will be a starting point for continued growth not only for professional women’s football, but for other women sports as well.”

Luis Pinievsky, Pixellot Director of Business Development Latin America added: “Pixellot is a natural partner for enabling more sports coverage than ever before. We’re happy to make more leagues and tournaments accessible to fans in Argentina and across Latin America.”