Steve Cotterill speaks candidly about his battle with Covid and why he’s urging more players to take up the vaccine. By Colin Mafham.

You have to wonder what went agonisingly through Steve Cotterill’s mind when news of Covid’s latest incarnation filtered through from South Africa.

Given what he’s coped with over the last eleven months or so Shrewsbury Town’s much travelled manager could be forgiven for taking a large intake of very welcome breath and asking if and when all this is going to end. And, indeed, how much longer the football industry can escape some serious casualties.

Hopefully Omicron, as the latest Covid variant has been called, will be dealt more effectively than its predecessors. But you can’t blame Cotterill for fearing that the pandemic that saw him fighting for his life in intensive care isn’t going away any time soon. Or that some of his football peers won’t be as lucky as he thinks he was.

There are still a few folk in football, and the rest of society as well for that matter, who seem to have forgotten the Covid dangers that lurk around every corner. Steve Cotterill certainly hasn’t.

Hardly any wonder really after being rushed to a Bristol hospital in January 2021 following a Covid outbreak at the club. Or being readmitted with pneumonia in February, and then suffering a punctured lung. Or the fact that he still struggles with the lingering effects of long Covid at a time when – at the moment anyway – he also faces an uphill battle to keep Shrewsbury in League One. 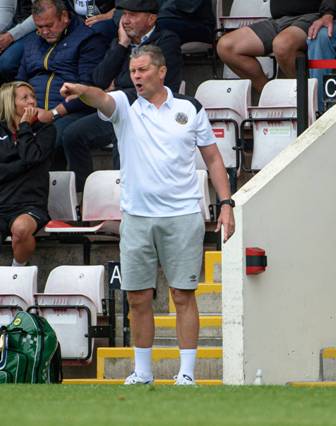 No surprise either that he flinches at some of the reminders; like the time he watched Eddie’s Howe’s first pre-match press conference at Newcastle on TV and spotted what to him were very tell-tale signs that ultimately saw the Geordies’ new boss test positive for Covid and miss his first game in charge at St James’s Park.

Howe, he recalls, looked incredibly tired and drained; a carbon copy of the way he felt before he was rushed to hospital last January needing a 90% oxygen supply to keep him alive. That brought back all the nightmares he suffered then, and which only he can tell in his own words. Words that include a plea to EVERYONE to heed the medical advice and get vaccinated.

“The worst thing that happened to me was that there were no vaccinations for me,” he insists. “If I had had a vaccination then I don’t believe I would have been in the trouble I was. Vaccinations are the best way for a player now at whatever level. Other countries have plans to make vaccinations compulsory and I don’t disagree with that, even though there are people who won’t have the vaccinations but never catch Covid.”

Given his frightening experience and all the evidence so far you might ask why anyone would refuse a jab? Cotterill’s answer to that is unequivocal.

“Because they weren’t in the bed next to me,” he says. “I was very poorly, but I have always been fit and looked after myself. Even when I was wearing oxygen masks and had tubes in me I still had an exercise bike in my room. I nobbled one of the physios to let me have it next to me. The nurses didn’t like it when my heart rate was going haywire, but my specialist trusted me.

“I had to have an incredible steroid hit and on the third day I felt so poorly that I actually thought ‘if it happens it happens.’ I thought I didn’t want to live anyway like that ‘so if I go tonight I go’. I remember waking in the morning and thinking that’s alright then, I haven’t gone. And I started fighting back from there.

“It sounds a bit dramatic, but it’s where you are. Whilst there is a story to be told the only reason I want to do this is not for any sympathy or anything but because this is about telling people out there that there are still people suffering from long Covid but they can get better. Life’s not easy anyway, but if you want to get stronger you have to put the work in.

“When you are poorly in hospital you have to be mentally strong. I had to get my breathing right to do the exercise. Just going to the toilet was one of the hardest things I had to do. I also used to do 50 step-ups and write down everything I had done. I wanted to pioneer a way out of this and fight my way out of it. But when I went back in hospital (with pneumonia) I didn’t have the exercise bike in there because I wasn’t so poorly.”

Cotterill recalls when he was finally fit enough and able to take the reins again at Shrewsbury he sat his players down in the dressing room and told them every grim detail of his survival story.

“I didn’t want them to go where I have been,” he says. “It has been the biggest thing in my life. I still go back and have scans and x-rays and I wear an Apple Watch not because it’s fashionable but because it checks my heart-rate, my lungs and breathing etc. It’s my comfort blanket.”

Even so, those reminders and pain of the recent past are never far away, as he recalls.

“We had a weekend off during the last international break l so I went for my booster jab,” he said. “I had a bad reaction to it and was in bed for 3/4 days with it. It hit me for six and I had a bit of a worry.”

Hopefully those worries will fade in time, but Steve Cotterill will continue reminding football – and anyone else for that matter – to heed the warnings and always be alert to the threat from Covid. It nearly killed him – and he wouldn’t wish that on anyone.