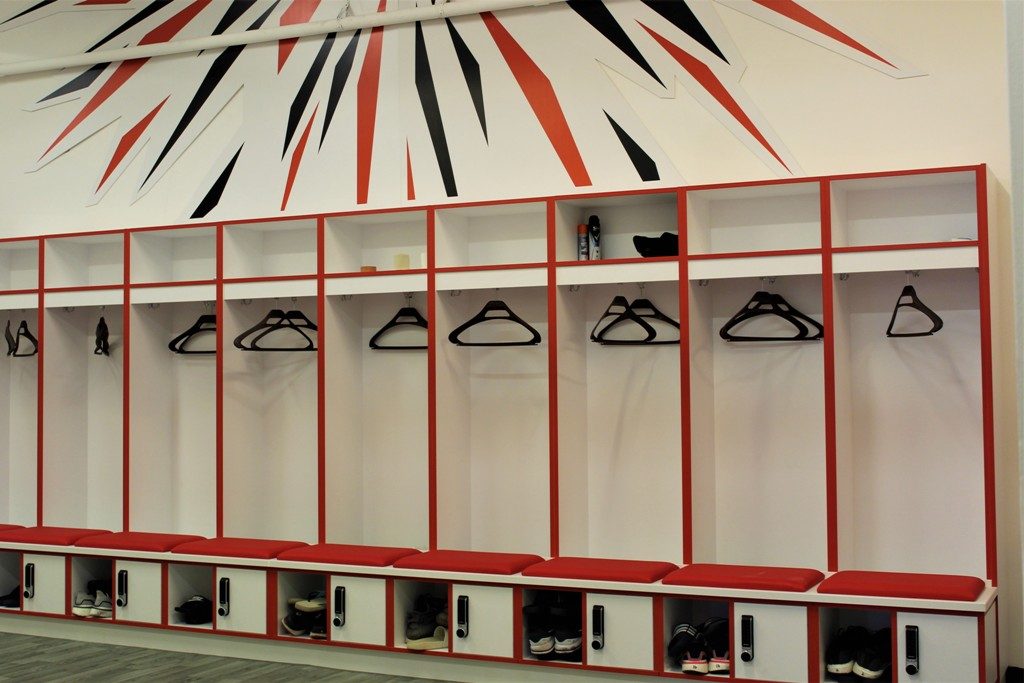 Sheffield United Football Club had to move fast when they won promotion from the Championship in the 2018/2019 campaign.

Premier League stars demand quality in the changing room and The Blades were no exception. The club had been soldiering on with freestanding steel benches at its academy training ground and knew they needed to step up to a new level of provision.

In just three weeks, the Made in Britain, FSC-certified manufacturer had fashioned and fitted melamine-faced player changing bays in United’s red and white colours, complete with upholstered seats.

The club is said to be over the moon with the quality of the finished product, reports Mark Oldale, Director at project managers NRC Services Ltd.

“A key design feature of any dressing room is that every player is in eyeshot of each other,” says Crown Project Manager Spencer Grimwood.

Accreditation: The Solution For Digital Processes For Any Event