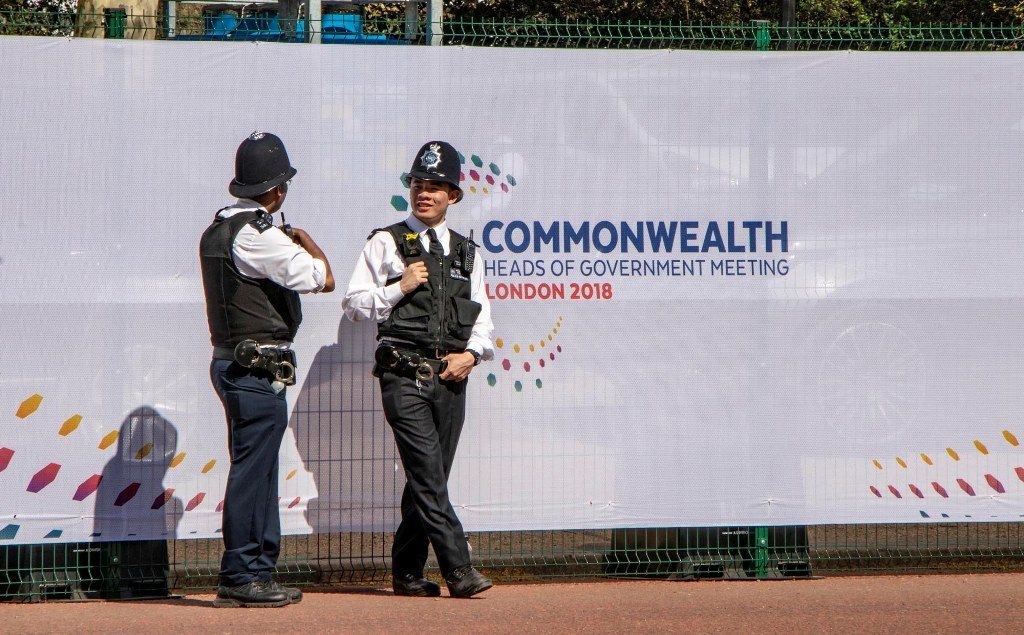 Over 2,000 delegates from 6 continents around the world, including 53 World Leaders, will be protected by FenceSafe Event Temporary Fencing at the Commonwealth Heads of Government Meeting in London.

Deployed by Live Barriers, a division of A-Plant, the FenceSafe system has been designed to protect members of the public, residents and those attending or working at the events held in the Commonwealth Village.

Work began in early 2018 to supply an event temporary fencing system that would offer all the safety and security of a permanent fencing system but with zero ground strike. Due to the security nature of the event, the chosen system needed to be approved for use by the Metropolitan Police before it could be installed on site.

Through CLD Fencing Systems partnership with Live Barriers, a division of A-Plant; the FenceSafe Event Temporary System was put forward as a solution to the problem. Live Barriers and CLD Fencing Systems have previously worked together on a number of projects; including Glastonbury and Connect for HS2 where the temporary fencing has been used to great success.

Almost 1000m of FenceSafe was installed around The Green Park and The Mall before the event, with Temporary Vehicle and Pedestrian Gates, including turnstills; supplied as well. Semi-permeable screens were attached to the system to offer privacy inside the Commonwealth Village and at Security Points.

See the interview with Mark Fisher, General Manager – Live Barriers, a division of A-Plant below.

FenceSafe is a revolution in event temporary fencing, offering increased safety, security and sustainability across its entire range of Rigid Mesh Fencing Systems. These systems include Profiled, Twin-Wire and 358 Anti-Climb Mesh systems. Alongside these a full range of Temporary Swing and Cantilever Gate solutions are also available.