How To Engage Football Fans With 360° VR Marketing 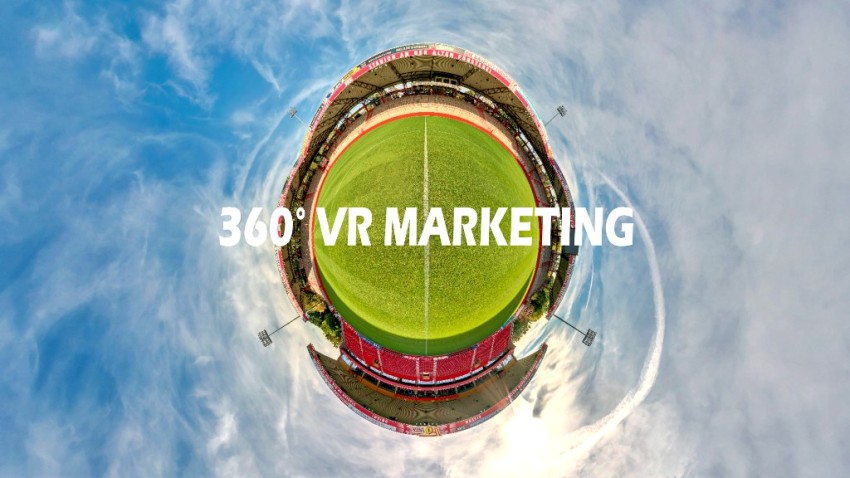 We are being bombarded by advertising every day and it’s getting consistently harder for football clubs to stand out through all the noise. We had a chat with Lior Lanir, co-founder and managing partner of the Berlin based 360° Influencer Marketing Agency 4Bridge and creator of FootballStadiums360 to understand how the use of 360° VR helps clubs engage and connect to fans. 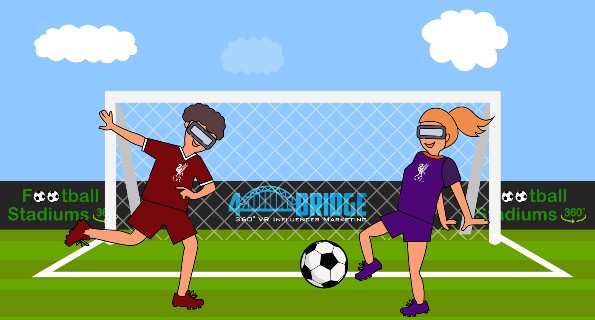 360° VR provides an innovative way of marketing. It might be a cliché, but compared to “old school” still images and traditional video, immersive content has the ability to convey a much bigger story. A study by Nielsen research group found that 360° VR is up to eight times more effective for content recall than traditional ad units, since 360° content carries strong emotional engagement for brands. 73% of consumers feel that VR makes brands seem “forward-thinking and modern” and 61% prefer buying from a brand that uses VR over a brand that doesn’t. These figures clearly demonstrate how 360° content is currently the most effective way to stand out and garner brands the attention they deserve.

At the moment, 360° content is outperforming “normal” content in pretty much every metric. Google have found that 360 video ads get more views, shares, and subscribes. In addition, 360 images are an effective format on their own, as users spend as much time engaging with the 360 images as with 360 videos. Basically, 360 content drives engagement and increases shareability. This has vast implication for savvy marketers who are seeking new ways of connecting with their audience.

Many people have the misconception that there’s no reach and it’s too niche. Although access to VR systems is still in its infancy, 360 content nowadays can be served in many social networks. In addition, WebVR offers cross functional browser compatibility that can be viewed on desktop, mobile, or enhanced with a headset (Google Cardboard, Daydream View, etc…). Mobile is where 360 content really shines. In my FootballStadiums360 project I’ve found that 360° content on the Facebook page has a 20 times higher interaction rate and is 350% more effective than standard content. At least 3 billion people have a smartphone, and when you factor in the number of people with desktops and tablets the reach of 360 VR content becomes astronomical.

Users love VR content that extends admission to places, sights, and experiences they’d never have accessed otherwise – It’s the perfect tool to reach fans who are unable to go to every match. A recent study found that content which provides a new perspective is just as compelling as the more exotic and expensive to produce fare people usually associate with virtual reality. Since 360 content encourages viewers to get in on the action and control their experience, this alone is driving engagement in promising new ways. The novelty of this viewing experience not only makes people want to watch 360 videos, it also makes them want to share. 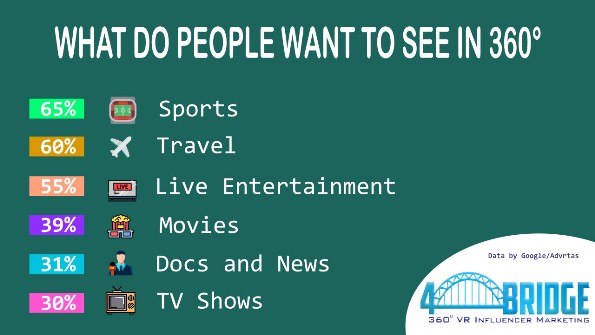 What kind of content and marketing tactics should clubs be focusing on?

I believe that giving value to users is key, and at 4Bridge we try to focus on creating win-win situations for users and clients alike. Our strategy is combining 360° content with traditional marketing tactics, what tends to work best is:

Producing 360 video and images that people can relate to

In general, football clubs and brands using 360 marketing can expect to be perceived as innovative forward-thinking industry leaders, as well as enjoying tangible results in the form of significantly higher engagement rates, click through rates, and conversion rates.