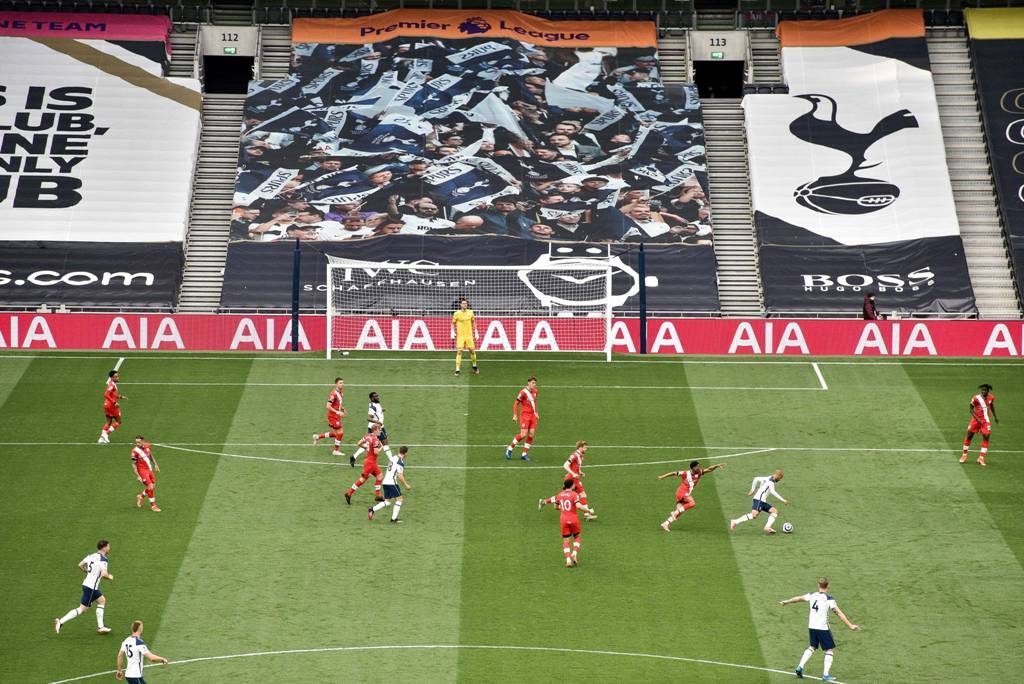 The date when you might need more than a ticket to get into the match!

Under normal circumstances 1st October should have been just like any other day. But probably not this year.

According to Government sources it could be the pivotal date that so called Covid vaccination passes are introduced and many fans will be legally required to produce evidence of having two jabs before they can get into grounds. All at a time when cashless entry is also the growing name of the game, creating significant extra administrative cost for clubs, and a potential change that could be with us forever.

Call it the calm before the storm, or going back to the future if you like. But with the possible return of Covid restrictions before Christmas also looking like a nightmare waiting to happen, a Plan B – particularly for clubs at the bottom end of football’s pyramid – looks like a lifeline some might have to grab with all available hands.

It comes during a major inquiry into how football is run in this country, led by former Sports Minister Tracey Crouch. And she has already delivered a grim warning that the future of the game here now faces “a genuine risk.”

In an interim report to Culture Secretary Oliver Dowden, she is reported to have called for a new and independent body to protect clubs at all levels and spearhead major reforms at the Football Association, the Premier League, and the English Football League (EFL).

All this is happening at a time when the picture was looking a little rosier than it has done for the best part of two years. But with the rest of an increasingly troubled world looking on sceptically at the way the UK has cocked-a-snook at Covid and opened stadia doors to fans who are optimistically expected to behave themselves and observe social distancing as well an air of nervousness pervades.

What will happen if Covid does strike again and brings another shutdown, even a relatively limited one, in its wake?

You don’t have to be an Einstein to work out that there is no bottomless pit to dip into and the Government can’t realistically afford to help much anymore having already forked out close on £350billion – that’s equivalent to nearly £7,000 for every household in the country – in furlough payments and support benefits to industries like football.

So, the question looms large if crowd restrictions return. Where do we go from here?

Chances are that if limited capacity crowds – or none at all for that matter – make an unwelcome return we may already have witnessed the beginnings of a revolutionary change in the way we watch football.

Such a scenario comes first with those vaccine passports, on phones, cards or documents that many fans may have to produce to prove they have had two COVID vaccinations –  and possibly three if booster jabs are introduced – before they will be allowed inside stadiums in England.

At the moment all the English Football League’s 72 clubs have been left to make their own individual decisions on “passports only” entry, but several top clubs like Tottenham and Chelsea have already trialled on phone Covid passes. And the Government has indicated that an initiative that has already been applied to night clubs and other similar entertainment venues is likely to be made mandatory for football stadia from 1st October.

The EFL is currently in talks with the Government on how it will all work, but they are hoping Covid Certification, as it is being labelled, may yet prove to be an important measure for helping avoid reduced capacities at grounds for the whole of this season.

“Government media briefings have so far focused on it applying at matches with crowds of more than 20,000, but we await confirmation,” said an EFL spokesman. “However, clubs are being encouraged to step up their Covid communications to fans in respect of the need to follow current public health guidance to prevent the spread of the virus and get tested if displaying symptoms in order to keep everyone safe.”

The EFL is also urging clubs to encourage supporters to be vaccinated and promote the use of the NHS app.

Whatever happens, however, it is just the start of what looks increasingly like the ever changing face of football in the wake of the Covid pandemic.

Take season ticket holders, for example. Thousands have already forked out millions to watch their teams in action, but who pays if there is a return to restricted crowds or even empty stadia?

Last season, for instance, little Bromley in the National League did the decent thing by deciding not to sell any season tickets because they couldn’t guarantee playing all their home games. Chairman Robin Stanton-Gleaves said at the time: “A tough decision has to be made, and with the inability to guarantee a full fixture list we are not comfortable taking supporters’ money for a product we cannot guarantee we can fulfil. This will be an almighty challenge and we will need all our sponsors and supporters on board more than ever to make it happen.”

Let’s face it, most fans will want at least some of their money back if they are not allowed to watch their teams live for any lengthy period this season, and if the worst comes to the worst many more clubs could be facing a similar almighty challenge over the next few months as a result. Especially those who don’t have a wealthy benefactor like Bromley’s boss – or a Government with deep pockets – to help them balance the books through the season.

The EFL’s governing body is the first to recognise the “significant economic impact” Covid has already had on its member clubs (particularly those in Leagues One and Two) who collectively lost £250million in gate revenue when matches were played behind closed doors last season. And they are seeking a substantial increase in financial help from the Premier League to help cushion the blow.

Whether the Premier League, or the Government for that matter, is prepared or able to deliver any more bailouts is questionable. And seeing as how both bodies have already handed out millions to help rescue EFL and non-league clubs further financial help is almost certainly unlikely.

So now we all have to just wait and see, with fingers, feet (and anything else you consider lucky) very firmly crossed!