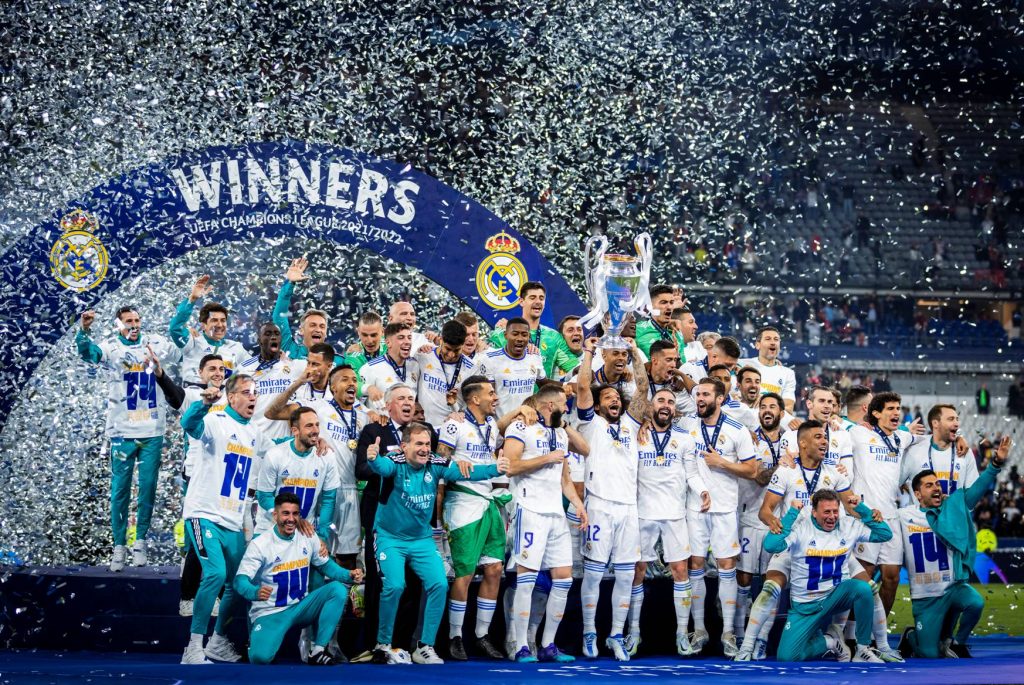 They think it’s all over…it isn’t yet.

The all-important hearing into whether football’s governing bodies had the legal right to sanction the much-maligned European Super League clubs will take place on July 11 and 12, potentially shaping the game as we know it for years to come, just as the Bosman case did in the mid-1990s.

The European Court of Justice (ECJ) will hear a challenge against rules which, it is claimed, unfairly restricted Europe’s wealthiest clubs from setting up a rival competition to UEFA’s established tournaments.

After much too-ing and fro-ing, claim and counter-claim, the July hearing represents the most important step to date in determining whether or not a breakaway league that wrecks the current status quo is likely to go ahead. If the ECJ rules against UEFA, the very future of the Champions League could be at stake.

Almost exactly a year ago, the three remaining Super League rebel clubs – Barcelona, Real Madrid and Juventus who still to this day remain convinced of the project that imploded in spectacular fashion after a fan backlash – received backing from Madrid’s Commercial Court which ordered UEFA to scrap all sanctions imposed on the trio for planning the creation of the breakaway league that caused so much division and resentment.

UEFA was told to abandon its attempt to kick the trio out of its competitions, as well as to annul the fines it had imposed on the clubs, including a 5% reduction of incomes and a €15m contribution to UEFA’s solidarity fund.

UEFA, in turn, declared the Madrid court’s proceedings “null and void, as if the proceedings had never been opened”. And that’s where we are now, with the European Super League company filing a lawsuit against both UEFA and FIFA at the Luxembourg-based ECJ.

In a nutshell, Real, Barcelona and Juventus (the rest of the original Super League clubs withdrew before the concept even off the ground) are seeking a judgement that UEFA, by blocking the project, acted beyond its powers and is guilty of creating a monopoly.

Real Madrid president Florentino Perez has persistently insisted that UEFA’s stance violates European Union law and is claimed to believe that those who pulled out originally, including the six English clubs, are still interested in the project.

“The Super League continues,” said Perez. “UEFA cannot do anything to the people or the clubs. Now the court in Luxembourg must decide. We have been working on this for two years. It’s a format to prevent football, which is losing interest, from dying. A Roma-Sampdoria has less interest than a Manchester United – Paris Saint-Germain.”

“We want to give football to the fans. We can’t start with the fact that we are all equal. Champions League group stage matches are barely watched. The ratings only get higher in the quarter-finals, semi-finals, and finals. We are waiting for the court decision in Luxembourg. The Super League is not finished, on the contrary.”

An ECJ verdict will not come for several months but the importance of the July hearing cannot be overstated. The challenge is highly significant since the ECJ is the same body that ruled on the Bosman affair that changed the entire landscape of European football.

The fundamental question is whether the Super League is protected by EU legislation or not. In other words, is UEFA guilty of breaking European competition law?

Super League backers wrote to MEPs last November arguing that “there is no other market in the European Union in which a regulator would also be allowed to be the sole, dominant operator and gatekeeper.”

The Court will have to decide whether penalties against the Super League rebels for trying to create a competition outside of UEFA violate the free market in the territory of the EU.

The ECJ will also have to consider whether the governing bodies are conflating their role as regulator with their role as a commercial rights holder and exceeding their constitutional powers in shutting down the ESL.

Over the past few months, the matter has also been attracting significant attention at the highest levels of the EU. Only last May,  European Commission vice-president Margaritis Schinas promised UEFA that the EU would  act “to defend the football model” against any attempts to bring back the European Super League.

“European football must remain open, based on sporting merit, and serve the interests of all of society, not the profit of an elite few,” Schinas declared.

To preserve the European sports model, Schinas emphasised: “We will also continue to stand together and work on the same team to defend and strengthen European football as a leading success story of the European model of sport.”

Although the Commission only has an advisory role, its view as the EU’s top antitrust enforcer is important and Schinas’ comments were music to the ears of UEFA president Aleksander Ceferin who has continuously warned against any attempt to undermine his organisation’s existing club competitions.

Spanish lawyer Jose Rivas, a leading authority on competition law, predicts the ECJ may not be totally conclusive one way or the other.

“Anything is possible. My feeling is that the judgement will be balanced and nuanced, in other words that no-one will totally win or lose,” he told fcbusiness.

“The judgement will probably hold both parties to account. As far as UEFA is concerned they are perfectly entitled to have a monopoly in terms of regulation of the sport. Somebody has to, after all.

“The question is, does UEFA have the right to tell the clubs ‘you will form a Super League over my dead body.’ Obviously not from a legal standpoint. A more valid legal argument from UEFA would be, why is any Super League a closed structure?”

Dr. Katarina Pijetlovic, one of the world’s leading academics on the subject who has written a book on EU sports law and breakaway leagues, agrees.

“I don’t expect a judgement until next year. Both parties will probably win some and lose some. UEFA will almost certainly retain its regulatory authority but it will be forced by the court to specify and set out licensing criteria and conditions,” she told fcbusiness. “Technically alternative leagues are perfectly legal. UEFA may have a right to a regulatory monopoly but it doesn’t have a right to commercial monopoly.”

“On the other hand, the breakaway clubs have shot themselves in the foot with the idea of an American-style closed competition because this is not in accordance with EU competition law or European sporting policy.”

Interestingly, just at the time when the ECJ are about to hear the case, a wedge has been driven through a rival sport that has been rocked by division. Golf recently hit the headlines for all the wrong reasons, with a raft of high-profile players turning their backs on the traditional tour to join a lucrative Saudi-backed breakaway series. The so-called Super Golf League aims to compete with the PGA Tour, the dominant golf competition in North America.

It may not have any bearing on paper on the Super League vs UEFA proceedings at ECJ per se but it has an eerie resonance just the same. Will football at elite level be allowed to go the same way?