Laying the Foundations for Future Growth 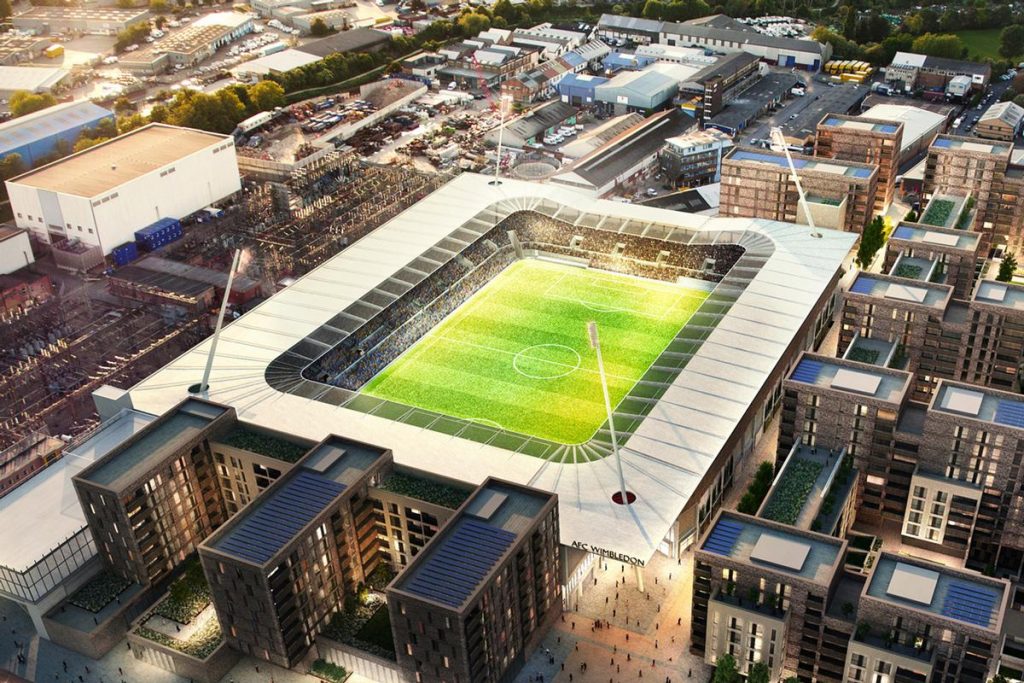 AFC Wimbledon CEO, Erik Samuelson tells Marc Webber why he’s ready to move aside for the good of the club’s long-term prosperity.

We all feel like it is time to move on now and again. So, at nearly 71 years old, it is no surprise the man who has led Wimbledon from rebirth to the promised land of Merton is ready to hang up his calculator.

The recent winner of the 2018 fcbusiness League One CEO of the Year Award has little time for looking back and is now looking forward to finding a successor who can create new stories about this club that has rarely been out of the football headlines during Erik’s tenure.

“We got the keys to the site of our new home in Merton at Christmas and now the work starts to build the stadium for our community. But I will not be the man delivering the future of that site. I don’t want to build a vision and hand it over to someone else and say ‘here you are, deliver it this way’ someone has to come in and make this their vision.”

So, as the diggers move in to South West London, Erik’s attention is turning to finding his successor. But it cannot be just any old CEO.

“We need someone who gets who we are and where we have come from. There are some good chief executives out there in football, but they have worked with a totally different business model to ours and whomever comes in needs to realise that all we have ever been is owned by the fans and run for the community, and the new stadium is part of that.”

And the thinking for what that stadium will bring to Wimbledon has already begun. As the site managers move in, Erik and his team are now planning what will go into the physical building that will serve the community.

“It’s not just a case of putting a pitch in and filling it full of football things. This stadium has been built for the community, so we need to deliver for the whole community. This needs to be a place that people who will never come to a game will use during the week.”

So, whilst the ground levellers do their bit, Erik is off speaking to local businesses, parent and toddler groups and other such bodies who need space to meet and do business at some stage.

“We’re exploring the space as an education venue; we’re looking at the local conference and meeting space market. I want this place to be busy and vibrant as much as possible and it is making sure we have the flexible space and facilities to deliver that when building starts.

“By getting that right, we will not only be honouring our promise to support the community of Merton, but it will also bring in a valuable and sustainable revenue stream for the club which can then be reinvested in what we do on the pitch.”

It is an obvious business model that has won AFC Wimbledon plaudits and awards and is unlikely to change even after Erik leaves the club.

“I know some other fan owned clubs have either returned to accepting external investment after a while or lowered supporter-funded investment, but I cannot see a situation where we would entertain that. Being a supporter-owned business is all we have known. It is how AFC Wimbledon was built and it would be hard to untangle that now.

“We get calls weekly from businesses or rich individuals asking ‘is the club for sale?’ or ‘Can I invest in the club?’ When I explain to them how the club is structured, and we don’t have a method for accepting that investment, but they would be more than welcome to sponsor the teams or other packages like that, it tends to go quiet.”

Whilst they have the keys to one stadium, they have now handed the keys over to another. The stadium at Kingsmeadow is now in the hands of Chelsea Football Club after the sale completed over Christmas. The funds from which are now being used to fund that early levelling and development work at Merton. AFC Wimbledon will play there until their new ground is open, but it is also home now to Chelsea’s development and ladies team.

“We have left a legacy at Kingsmeadow. We have turned it into a ground that can host Football League games. We updated the West Stand and many other parts of the ground and it is a stadium we have cared for bearing in mind the amount of money we have for these things.

“It reminds me of the first house me and my wife bought. We loved it and cherished it, but it wasn’t our forever home. Merton is our real home, but we have loved Kingsmeadow and hand it to Chelsea for them to deliver to their next generation.

“A quarter of our season ticket base comes from the KT postcode area and we know we have a base of supporters here who will follow us to Merton. After all, it’s only six miles down the road on the bus.”

The handing over of keys at various venues comes at the same time the keys have changed hands in the manager’s office as well, with Neal Ardley becoming only the second manager in a decade that Erik has had to sack.

“It never gets easier, that. Neal had taken us to League One and brought us on over time, but he just seemed to run out of ideas. The fact we had to let him go after so long shows how much faith we put in our managers and people that know what this club is all about. I don’t think we will ever be a side that chops and changes its manager because we ensure we get the recruitment right the first time around.”

And when the time came for a change, Wally Downes, a man with Wimbledon DNA in him, got the call.

“Wally understands this club because of his role in our history. But we also saw a man who had ideas for the future. Someone that could not only fight to keep us in the EFL on one of the smallest budgets in the system, but also take us higher than we have been in the modern day.”

So, what next for Erik? Another club role? “I will still come to games when I leave, but I don’t want to be hanging around over the shoulder of the next CEO. They need to be allowed to get on with it.

“I’ve always wanted to write the book on what we have achieved here. I think that’s what I’ll do, and spend more time with the wife!”

What about a movie? Who would play Erik? “Brad Pitt!”

Betting Is Deep-Rooted In Football, But The Future Is Uncertain