Images of Everton stars wearing the club’s new 2019/20 Umbro home kit were projected onto iconic buildings across Liverpool city centre on Friday night ahead of the kit going on sale on 18 July. 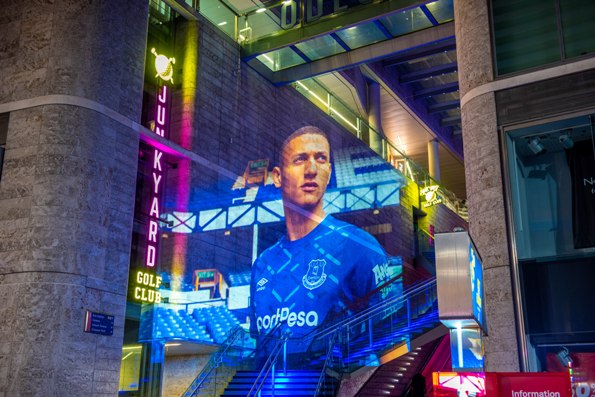 The home strip – influenced by Goodison Park’s famous Archibald Leitch criss-cross steelwork – has already proved a huge hit with supporters, with record-breaking sales in the first week of pre-order following the kit’s unveiling on 4 July.

Sales have outperformed pre-order numbers from all previous seasons – surpassing the previous best figures for the 2014/15 home kit by an impressive 26.2 per cent with a week of the pre-order window remaining.

The kit was unveiled alongside the ‘Build to Last’ theme, which celebrates and heralds elements of the club that have stood the test of time while remaining instrumental to the present day and future fabric of the Toffees – this was echoed in Everton’s choice of buildings to project the kit onto. 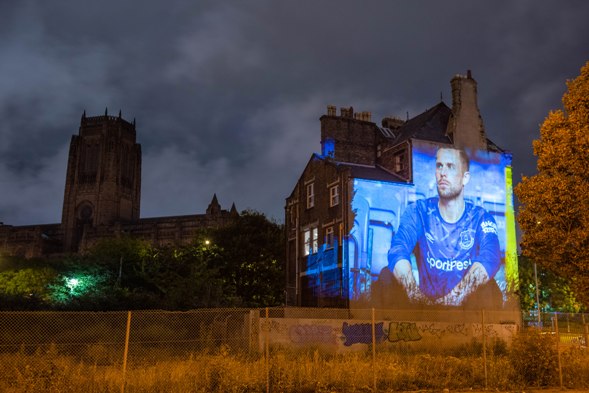 Mark Rollings, Head of Partnership Management at Everton, said: “With just under a week until our 2019/20 home kit is available to purchase in store, we wanted to surprise Evertonians by projecting their favourite Blues players onto some of the city’s most recognisable buildings and popular locations.

“While keeping in line with the kit’s ‘Built to Last’ theme and Goodison Park inspiration, we’ve handpicked buildings and locations that have stood the test of time – or become modern icons.”