A former police officer with 30 years’ experience has now joined a world-leading events and security firm based in Coventry.

Kerry Blakeman, a former Chief Inspector with West Midlands Police, now heads up the operations team at Stadium after being headhunted by the firm.

His extensive experience of policing football matches across the West Midlands made him a great fit for Stadium, which provides security services to a quarter of all Premier League clubs, including Champions League winners Liverpool.

“Joining Stadium was a natural transition for me after my 30 years with the police,” he said. “The firm’s whole ethos and its respect for its staff made it a very attractive prospect.

“Keeping people safe was what I had done for a long time so I couldn’t have joined a better company and am looking forward to driving forward its already impressive growth.”

Kerry manages the new operations team at Stadium, consisting of Jade Ogle, who has four years’ experience in operations management, and Mark Watkins, who also has extensive experience as football match day Commander at Aston Villa and Birmingham City during his time as an Inspector with West Midlands Police.

The team organises road closures in advance of large events, such as football matches or major music concerts, and makes sure enough staff are at the event to ensure crowds remain safe throughout its duration.

Some of the first events the team has overseen include the Fever Tree Championships tennis tournament at Queens, Bon Jovi’s concert at Anfield, and fixtures at Lord’s Cricket Ground for the Cricket World Cup. 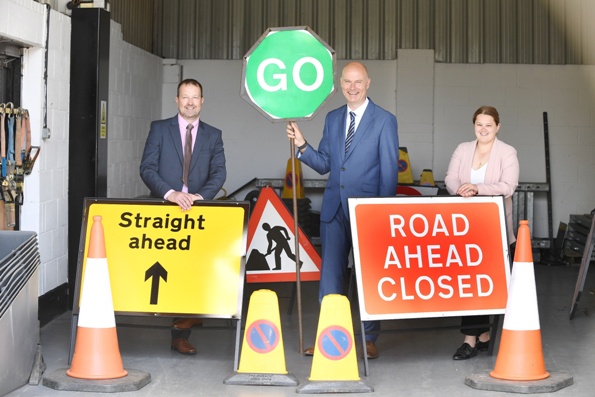 David McAtamney, founder of Stadium, said: “Kerry’s long and distinguished career with West Midlands Police made him the perfect person to lead our operations team.

“I’m confident Kerry, along with Mark and Jade, will enable hundreds of thousands of fans to safely enjoy the matches or concerts they attend without issue.

“Stadium prides itself on keeping people safe, and the great experience of our operations team means we are well-placed to do that.”