Non-League Day: A Chance To Build A Sustainable Base

On Saturday October 12th we celebrate Non-League Day: an opportunity to celebrate the huge community contribution made by small volunteer-run local community clubs and a chance for supporters of professional clubs at the top of the pyramid to re-engage with football in its purest form. 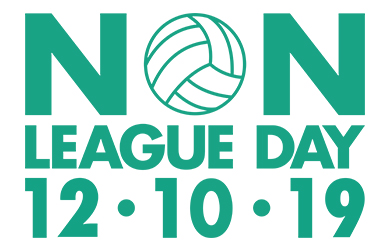 The principle of this special date in the calendar is to use an International weekend, with no Premier League games taking place, as an opportunity to showcase what the non-league experience offers and encourage people to attend their first game.

In this month’s column, I argue that this weekend should not be a once-a-year chance to wave two fingers at football’s wealthy elite but, in contrast, that it should be a springboard towards the sustainability of community football. Non-League Day can help local clubs around the country to strengthen their profile locally; to offer much more than 90 minutes of football; to engage and retain much-needed volunteers and, ultimately, to make attendance growth more than an annual ‘one off’. But it needs a mindset change if we are to succeed.

Next year, this annual initiative – the brainchild of QPR fan James Doe – will celebrate its tenth anniversary and, when he looks back, he’ll find a multitude of examples of clubs doubling, tripling and even quadrupling attendances once a season on an autumn day that is usually unfairly targeted by the bad weather gods.

He’s brought us to grounds whose names sound like they belong in a Lewis Carroll story (The Nanpantan Sports Ground) or which resound with the promise of something more than a game of football (The Old Spotted Dog Ground and the Dripping Pan).  And then there’s the football.  Way down the pyramid you get the opportunity to see much-loved players at the end of their careers, but also people who, in a few short years, will become household names. Jamie Vardy (Leicester City), Danny Cowley (Huddersfield Town), Chris Wilder (Sheffield United) and Martin Atkinson (Premier League Referee) have all progressed through the various tiers of the National League system to reach elite levels of the game. 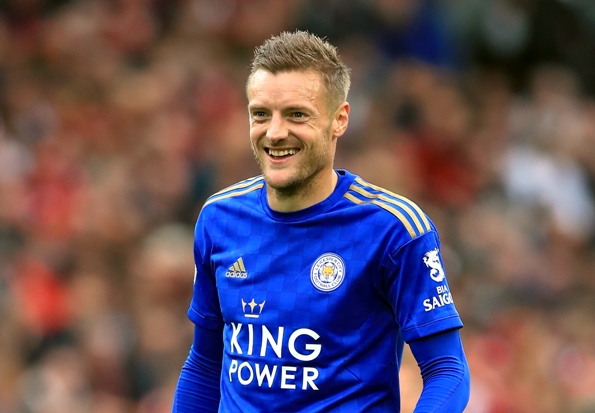 But more than anything else, Non-League Day has put a focus on addressing the biggest challenges our community clubs face: survival and sustainability.  By drawing what makes them special to our attention – their histories, idiosyncrasies and special characteristics – James Doe has created an opportunity not just to increase attendances once a season, but to provide a basis for sustainable growth over a much longer term.

So how do we convert this ’15 minutes of fame’ into an effective plan for growth?  Well, first, I think we need to acknowledge that, when it comes to increasing attendances, the strategic default setting for many clubs is ‘win more games’ but we know that’s not sustainable, don’t we?

So, we need to convince people of the rationale for focusing on more than just the competition. This is about identifying what makes the club (and, by definition, its matchday) so appealing and promoting these aspects as just as, if not more, important than their efforts on the field of play.

Many clubs have amazing facilities: beautiful locations, extra-special social and refreshments opportunities and even the odd art deco stand. Many clubs have stars of the future, or those who once walked the gilded halls of the top levels of the game. But somehow, football fails to see the part these elements play as compelling reasons to attend. They often seem to prefer ‘habit’ as the main driver of attendance, rather than taking a more pro-active approach to growth.

At higher levels of the game, many of these things are associated with an additional cost, but at our level, they’re generally free or extremely affordable. If your car park is free to use, tell people about it (and tell them when to arrive, as it’s sure to get busy. They can spend the extra time sampling your food and drink). If you have an outstanding food or drink product, get the word out. The craft ale revolution could not be a better bedfellow for our community clubs.  Who, at higher levels of the game, could match a pint of Ossett Brewery Silver King, for example?

How do you develop an identity? To be fair, most of the small clubs I have visited could all claim to have the same USP – friendliness, so that’s a great starting point. But how many promote this through their websites and social media and make it a consistent message? How many see this as part of their ‘brand’?

It’s also important to acknowledge that our community clubs survive because of the goodwill, hard work and loyalty of volunteers. How facile would it be to talk about revolutionising the fan experience around the game when some clubs rely on one or two volunteers just to be able to fulfil their basic matchday governance requirements?

This is another area where Non-League Day can help, as it gives us an opportunity to signal the value of volunteering at your local club, regardless of whether the potential recruit has the capacity to give two hours a week to the club or two weeks in the month. 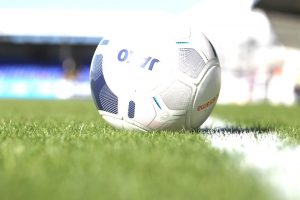 We need to show the education sector that, for students wishing to pursue a career in football, there’s no better way of getting ‘real’ experience than working at your local non-league club.

One committed, relentless, stubborn volunteer can be the difference between an era-defining uplift in facilities and a club’s demise. So, what are clubs doing? Which are creating links with local colleges and universities, where young students with a love of sport are looking for experiences that will help develop their business, marketing, media, communications and technology skills?

Finally, we need to look at the strategic components of sustainable growth, to filter them through the gauze of a financially straitened non-league club and to usher in a clear, structured focus on what practical and achievable steps can be taken to attract, engage and retain new fans.

It’s here where the leagues themselves can make a big difference and, this season, the NCEL (Northern Counties East Football League) has launched the #Target500 campaign to support Non-League Day with the aim of achieving a minimum 500 attendance at matches involving their member clubs. There are fixtures on the day in the FA Vase, Premier Division and First Division with all forty clubs in action and the League has provided clubs with ideas and initiatives that they can use to maximise the opportunity.

So, as we plan for 12th October, let’s make sure we don’t miss the opportunity to ask some important questions:

– What makes our club different and how can we communicate that to our local community?

– How can we engage our community to strengthen our profile locally; increase interest in what we and improve the experience of those who support us?

– What assets are we current undervaluing in this respect?

– How can we support, motivate and celebrate the contribution of our volunteers and recruit more of them?

Let’s make Non-League Day a first step towards a more sustainable future for our community clubs.

Written by Mark Bradley, founder of the Fan Experience Company. His company has nearly 20 years experience of working with associations, leagues and clubs across Europe to drive up attendances through improved experiences and engagement. You can follow Mark and his team on Twitter via @fanexperienceco