fcbusiness speaks to CEO, Alon Werber and Charlie Prichard, Director of Sales & Business Development UK to find out more about how they are transforming the broadcasting and coaching environment.

Set up in 2013, Pixellot now has over 100 employees and drives a huge amount of activity in the US and the main sport markets of Europe such as Germany, Spain, the UK and Italy. In addition they have a strong presence in APAC markets such and China and Japan and are embarking on a number of big projects across South America in Mexico, Brazil and Argentina.

Long the reserve of professional sports, Pixellot has brought live broadcasting to sports organisations at all levels enabling them to produce high-quality game video and stream it to fans, players and coaches, live or on demand. 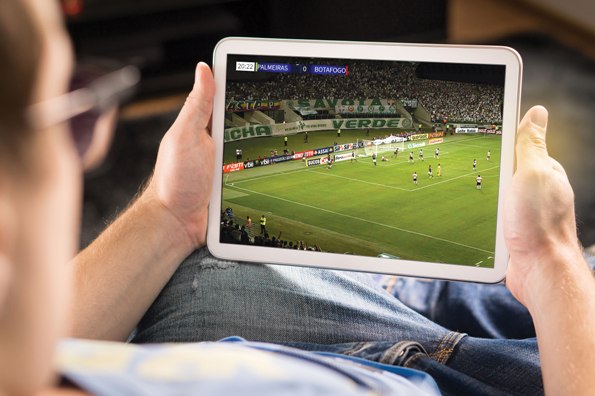 What’s more, Pixellot footage is interactive and can be delivered to any device letting fans watch their favourite team from anywhere, produce their own highlight clips and share them on social networks.

“Artificial Intelligence (AI) is revolutionising a variety of domains,” explained Alon Werber, the company’s CEO (pictured opposite page). “Four years ago we targeted the sports broadcasting market and to some extent the sports coaching market. We now lead the market in automatic sport production at this level.”

Pixellot’s base solution uses a single fixed camera unit (which can be enhanced by additional cameras with Pixellot’s premium solution) that combines computer vision with AI and a set of algorithms that is able to film, produce and stream up to the user, an entire game end-to-end giving an experience which is high quality at either 25/30 or 50/60 FPS (frames per second).

“It won’t look exactly like a full Premier League production, for example, but it is good enough for clubs at lower levels and we can do all of that whilst dramatically reducing the production costs and set up time.”

The system uses AI to identify and learn the pace and the situations of a game which increases its production capabilities and helps reduce costs allowing more content that was not previously produced due to infrastructure and manpower requirements to enable a broadcast.

“This allows the entire market to stream 95% of games which are not currently produced today,” adds Werber. “If you look at women’s sport and youth sport, even second tier football in some cases, many times, broadcasting is prohibited due to economic factors. That is where Pixellot can change all of that.”

The ability to provide a low cost production solution which allows clubs to broadcast games such as youth and secondary teams can further drive revenues through additional sponsorship and advertising opportunities or through subscriptions to premium services that makes this additional content available. But there are additional uses for the system which Werber adds further.

“This is one angle for fan engagement but we also cover training and coaching. That same camera can serve the coaching staff too. We have a professional coaching system which essentially uses the same feed but has a unique application that serves elite clubs as well as smaller clubs lower down the leagues – there are numerous ways to leverage the system.”

In the US, Pixellot recently signed a deal worth $80m for the next seven years to cover 20,000 High Schools across the country which will capture footage of soccer and college football games whilst in Mexico, their partnership with SeeUplay, sees the deployment of Pixellot video coaching systems to all 18 Liga MX clubs and youth academies further enhancing their reputation as the leading provider of sports broadcasting and coaching services.

Each enclosure features a number of cameras which focus on different parts of the field. These feeds are then stitched together to provide one super camera resolution which automatically optimises the video according to the environment.

“If lighting conditions are not optimal or there are distortions in the camera we can alter all that automatically. Whether it’s day or night time the system can adjust automatically,” explains Werber.

Once the system is calibrated to the geometry of the field and the sport’s context and different movements it can then follow all the objects on the field and understand the game’s state.

“Essentially it’s not just following the ball,” Werber stresses. “Its following the players as well and, through the use of AI, it can understand all the actions taking place on and around the field of play providing frames like a professional cameraman would.

“This is where AI is taking us; it’s making smarter services which are combining data and video.”

Over 40,000 hours of sport are produced live around the world each month using Pixellot cameras. Its simplicity and low cost along with the streamlined operation and high quality feeds make it an economical success for enterprises at all levels.

“With AI anything is possible, you can make so many decisions in an instant and you can keep evolving it. With AI, it improves as you add more and more data. We already have over 400,000 hours produced and since it’s in AI and not just using algorithms it’s getting smarter all the time. This will revolutionise this domain.”

The growth of OTT services among sports rights holders and traditional broadcasters is providing further opportunities for the growth in content curation and distribution which fans of sport at all levels are embracing.

“The expectation of fans is informed by what they’re used to receiving, ensuring that new technologies at the very least uphold what they’ve become accustomed to,” suggested Charlie Prichard, Pixellot’s Director of Sales & Business Development in the UK.

“On the one hand, fans may not expect the uplift in content that is possible, but whether they embrace it is completely different – and everything suggests that they will. There’s so much opportunity now to give fans additional content that’s really relevant to them in how they follow and engage with their club. That applies to the lower tiers of the game right up to the top.

“Certainly with some of the conversations I’ve been having with clubs in this country, it’s a question of how they can better engage with fans and give them more of what they want in the methods they want it.

“The relevance of our products is really exciting because where the company started out from, we’re now seeing our technology address more and more day-to-day situations faced by clubs and ultimately providing the solutions that address those challenges.”

Managing in the Modern Game: The Assistant – Derek Fazackerley