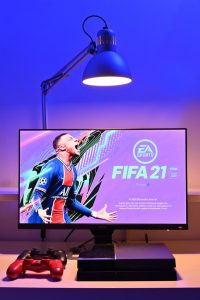 eSports are on the rise worldwide. Though FIFA games have long been a standard feature in UK households, the games have failed to gain enough steam to compete with the live Premier League.

However, in the past few years, the introduction of eSports leagues like the ePremier League have bridged the virtual and mundane worlds of football—and with startling success. Currently, more and more sports teams worldwide are looking to integrate official partners in virtual gaming worlds created by developers like EA Sports.

FIFA, developed by EA Sports, is one of the most popular video game franchises worldwide. As of 2011, the game was available in 51 countries in 18 languages. The game has sold over 282.4 million copies and shows no signs of slowing down.

From a business perspective, it would be unwise for major clubs in the UK not to integrate the FIFA games into a real-life fan experience. Even the Premier League has jumped onboard, recently opening registration for its third ePremier League season, set to start in 2021.

In addition to the UK’s ePremier League, sports leagues looking to piggyback on the rise of eSports are gaining steam abroad. The US has two similar competitions in the NFL’s Madden 21 Championship Series and the NBA 2K League.

Not only does linking popular sports leagues with esports contests make sense for fans, but also for punters. Even in the US’s smaller betting market, diverse wagers from sports experts could soon pivot to include video gaming pundits who analyse factors like consoles, game mode, and strategy.

For fans and punters who dread a lagging off-season, the introduction of eSports offers a perfect opportunity to stay in on the action. Though non-gamers may not enjoy the technical aspects of consoles and controllers, FIFA 20 includes real rosters, stats, and staff, which helps fans stay connected.

In addition to leagues like the Premier League and NFL, individual clubs are also looking to integrate top gamers into their ranks. Currently, 20 teams across the EPL employ professional gamers.

Clubs employ top gamers for a variety of reasons. First, individual clubs can host their own live streams, such as Tottenham Hotspur’s recent Twitch account launch. Such accounts will provide exclusive content and events for top fans—no matter where in the world they’ve located.

Additionally, clubs may choose to host their own FIFA 20 tournaments. These tournaments appeal to fans who straddle demographics. As in, they may be interested in football, but they’re more likely to catch a virtual game than head to Anfield or Emirates Stadium. Once again, these tournaments are open to players worldwide, allowing clubs to capitalize on the farthest reaches of their fanbases. 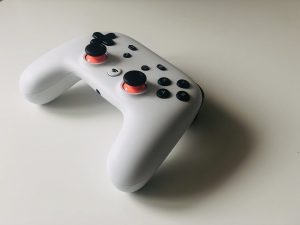 A gaming group, Ukie, found that UK eSports is growing with an annual average rate of 8.5%. Though popular games include Overwatch League and Call of Duty, FIFA 20 celebrated a successful launch of their 2019 FIFA eWorld Cup in London.

Earlier that year, the ePremier League also launched for the first time. The inaugural season saw millions of players battle from around the world for the right to represent their team in an augmented ePremier League season.

Given the popularity of the 2019 and 2020 seasons, the ePremier League has just opened registration (live till 15 January). Over four months, ePremier League clubs fight in an online qualification season before heading to club playoffs and a finals series set for Spring 2021.

The last two seasons reached more than 22 million fans via broadcasting channels such as Sky Sports, Premier League channels, and the official Twitch channel of EA Sports FIFA. Most interestingly, the top teams that appeared in the finals don’t necessarily coincide with dominant teams from the real Premier League.

An Overview Of The Biggest Sponsors Of The Bundesliga 2022-23