The 6th February will forever be circled on the calendars of everyone connected with Manchester United.

On that day in 1958, the darkest day in United’s history, 23 people – including eight players and three members of the club’s staff – suffered fatal injuries in the Munich Air Disaster.

The team had been travelling back from a European Cup tie against Red Star Belgrade when their aircraft stopped in Germany to refuel. The first two attempts to take off from Munich airport were aborted; following a third attempt, the plane crashed. 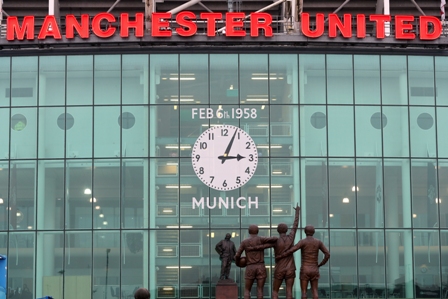 The Munich Air Disaster is an indelible part of United’s history, as is Sir Matt overcoming his crash injuries to work alongside his assistant Jimmy Murphy and build another great team which won the European Cup 10 years later.

At 3:04pm – fcbusiness will pay silent tribute to those that lost their lives that day.