Supponor, the global leader in sports virtual advertising technology, has welcomed Sir Martin Broughton as its new chairman, replacing Matthew Wheeler who is stepping down after almost seven years in the post.

Sir Martin is a former Chairman of British Airways, former Deputy Chairman of the International Consolidated Airlines Group (IAG) and President of the Confederation of British Industry (CBI). 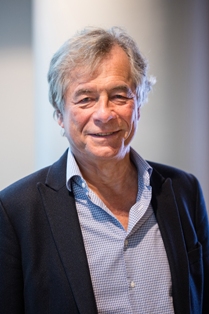 His myriad business successes have often involved sports. During his tenure as Chairman of Liverpool Football Club, he secured the club’s financial future by expediting a sale to the current owners.

Whilst Chairman of British American Tobacco, he oversaw the formation of the BAR Formula One racing team and, as Chairman of the British Horseracing Board, he was responsible for that organisation’s restructure into a regulatory board.

Sir Martin is currently a partner at Sports Investment Partners, which has acted both as an advisor and investor in Supponor.

Speaking of the appointment, James B Gambrell, CEO of Supponor, said: “We are extremely grateful to Matthew Wheeler for his committed leadership during his tenure as Chairman while Supponor commercially launched as the leading virtual advertising technology solutions provider to live, Tier 1 Sports.

“I could not think of anyone better than Martin to take over from Matthew to lead Supponor as it expands globally to capture the rapidly growing market adoption of Supponor’s virtual technologies.

“Martin’s unsurpassed business acumen, extensive industry contacts and understanding of the sports market will help challenge us to deliver real value for all of our partners and customers.”

Sir Martin, added: “Having been involved with the Supponor team for some time and knowing the opportunities in the sports rights and broadcast markets, the potential for the company’s highly innovative technology solutions are impossible to miss.

“I am excited to step up my active involvement in this rapidly developing area of the sports industry and to contribute to Supponor’s future success.”

Geraint Williams, Supponor board member and CEO of stadium LED solutions provider ADI, expressed his welcome to Sir Martin, stating: “This has been a breakthrough period for virtual advertising technology. We have made huge strides in 2018/19 deploying the technology in La Liga, the Bundesliga and in international football.

“More top tier clubs are investing in the platform too, and Martin’s wealth of experience at the highest level in sport will be hugely valuable in steering the strategy over the coming years.

“It’s also immensely positive to see other recognised high-quality providers such as TGI investing in the technology platform and joining us as investors in Supponor.”