Whelan claimed the top award from the five divisional CEO of the Year winners across the Premier League, EFL and SPFL.

Jon Varney took the prize for the EFL Championship and in Leagues One and Two, Ben Mansford (Blackpool FC) and Henry Staelans (Forest Green Rovers) were the winners. In the SPFL, the prize went to Stewart Robertson of Rangers FC.

Manchester United legend, Gary Neville received the coveted Global Football Ambassador Award which recognised the important impact he has made on football away from the pitch.

Clubs from across the UK football pyramid joined sponsors, partners, community schemes and businesses to celebrate exceptional work in the game across 26 categories at a lunchtime ceremony at The Brewery in London.

Now in its 9th addition, the Football Business Awards recognise and reward the off-pitch talents and endeavours that are an invaluable, part of the fabric of football and the communities clubs serve.

Attended by over 350 leading football industry executives, the awards are considered the industry’s foremost accolade, attracting hundreds of entries every year from both the business units within football clubs and those professional services and businesses dedicated to supporting clubs and the game itself. 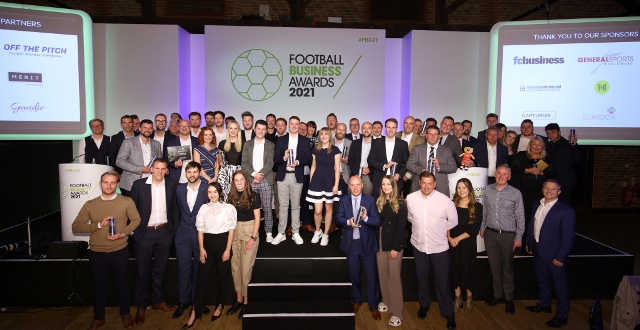 Simon Burton, Co-founder of the Football Business Awards, said: “The last year has shown how important football is to so many people. The way in which the football clubs and the businesses that support them have risen to the challenge of the pandemic proves this is no ordinary business. It is at the heart of communities everywhere and we are honoured to celebrate these outstanding achievements and initiatives.”

CEO of the Year (League One): Ben Mansford, Blackpool FC

Best Use of Technology in Football: Liverpool FC

Best Use of Technology in Football: English Football League – iFollow

Agency of the Year: LiveWire Sport

To find the full list of winners, silver and bronze recipients and for more information, visit: Football Business Awards