Albert Einstein famously said, ‘Play is the highest form of research’. It’s a principle shared by amateur and professional footballers alike, searching for eternal improvements to give them just a fraction of an edge over their opposition.

The speed at which Teqball tables are being installed into the training grounds of professional football clubs around the world is testament to their value as a training aid and the validity of Einstein’s words. The custom-engineered curved tables are the perfect tool for footballers to hone their touch and experiment in a low risk environment. We spoke to Teqball co-founder Viktor Huszar to find out what makes it so special.

Nine Premier League clubs currently have Teqball tables in their grounds and that number is growing. Players from Arsenal, Chelsea, Manchester United, Everton, Wolverhampton, Watford, Bournemouth, Southampton and Burnley have all adopted Teqball into their training regimes and it’s something we’re really proud of. But it doesn’t come as a surprise. We have a deep understanding of the benefits of Teqball for footballers and how its skills can be applied to a match scenario. 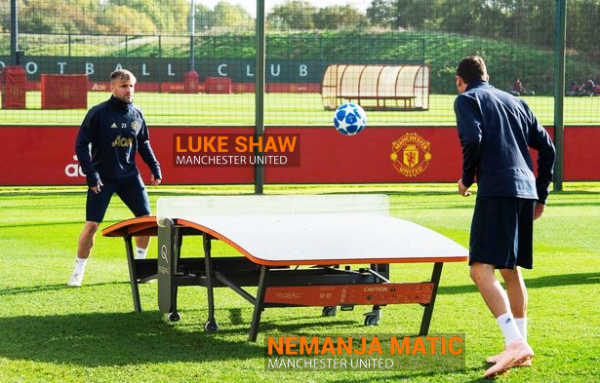 We believe Teqball is the cleanest form of football. We’ve designed the game so there’s no contact, low impact and therefore there is a low risk of injury. Given the stresses players are putting on their bodies through training and matches, we knew that in order to make Teqball a viable training aid it had to be low impact, but also fun.

One of our ambassadors, former Portuguese professional footballer Simão Sabrosa, said: ‘when you return from injury, Teqball can help you to develop your technique and regain confidence’, which is an important point to make. The nature of the sport means it creates a safe environment for players to rehabilitate, one of the reasons it’s become so popular in professional clubs.

Players need variety in their training to stay motivated and to continue to improve. While Teqball is what we call football-based, it challenges players in different ways and forces them to focus on their ball handling and control, without having to cover ground on a football pitch or compete with the other variables present in a game.

Before we invented Teqball, players were improvising with table tennis tables and other equipment; in fact that’s what inspired our invention. The problem with these is, they aren’t fit for purpose and it is difficult to maintain a rally. Our Portuguese ambassador Luis Figo, the former Barcelona and Real Madrid player put it best when he, said: “In the dressing room we used to warm up and practice by creating a playfield with a net and bags before the games. But now that Teqball exists, you can practice not only in a dressing room, but in parks, schools and even at home on high quality equipment.” 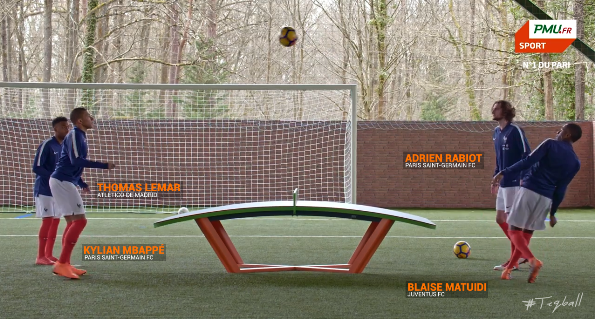 The curve of the table encourages the ball to always bounce outwards towards the players, testing their decision making and ability to maintain focus with at least one touch every two to three seconds. It’s as much mental as it is physical, much like tennis or other individual sports that require self-discipline. Teqball players become masters of air-to-air ball handling, learning where to strike the ball for accuracy and the perfect trajectory, as well as how to maintain possession under pressure.

When playing doubles, players must also be in sync with their partner, sharing a total of three touches between them before the ball must be passed to the opposition. The game then becomes more tactical and skills like teamwork and communication become essential.

These are attributes Sabrosa believes are essential for young players to develop in preparation for the big leagues, stating: “Kids love Teqball because it’s fun. But the most important thing they get out of it is communication. Players need to communicate and think as a team while playing two against two and that is important for young players to prepare for the future.”

In addition to the table, we have released Teqbox – an app designed to enhance learning and skill development. Composed of four motion sensor cameras that surround the Teqball table, the app is able to record the score of the game, calculate the number of touches and tell you which body parts a player uses most and least frequently. Each player then receives personal statistics, enabling them to monitor their performance and compare to their friends, team mates and even legends of the game like Ronaldinho who we have just announced a partnership with.

Ronaldinho was known for having unmatched creative flair and agility, skills he developed as a boy playing footvolley and beach soccer in Brazil. He is the perfect ambassador for the sport and even prior to the partnership was advocating the benefits of Teqball to young players. But it’s not only Ronaldinho who recognises the benefits for young footballers. Dutch football manager and former professional player, Henk Ten Cate, said: “Without even knowing it, children are developing their skills, especially their basic skills. It’s not only a tool, its fun, it’s a game, and it helps you develop your skills.”

As further proof of this, Dutch professional football club AZ Alkmaar recently installed Teqball tables in its academy as part of a ‘Performance Playground’ for its talented young athletes. Players are encouraged to play Teqball and footsquash with their team mates during down-time, learning to measure space, distance and direction under pressure.

Marijn Beuker, the club’s Head of Performance and Development, said: “Every month, the boys organise tournaments in foot squash, Teqball, foot volley and street soccer. They are in control and arrange everything. The great thing is they want to win, so after training they practise extra. It’s implicit learning.” 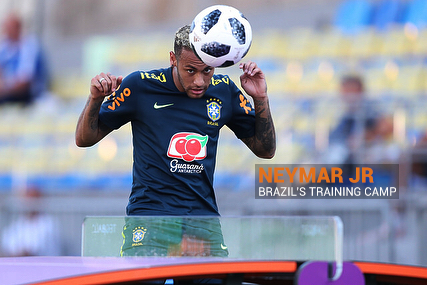 Anyone involved in football will agree, the best footballers are those who never stop learning, no matter how many titles to their name. They’re the players who aren’t afraid to experiment and relish the opportunity to add another layer to their game. Until now it has required two teams to play football. We’ve created a training aid that requires just one other person, but that mimics many of the skills-based scenarios you might encounter in a game. All you need now is a ball and you’ve got yourself a game.