fcbusiness spoke to TGI’s chief revenue officer, Bo Stenberg, to find out more about the TGI and the work they’ve done at Tottenham Hotspur’s new stadium.

Tell us a little about TGI

Founded in 1997, TGI is a 360 degree agency now handling all digital elements for broadcast in stadia and beyond. Hardware, software and in-stadia connectivity are complemented by mobile apps, data collection, analysis and reporting. 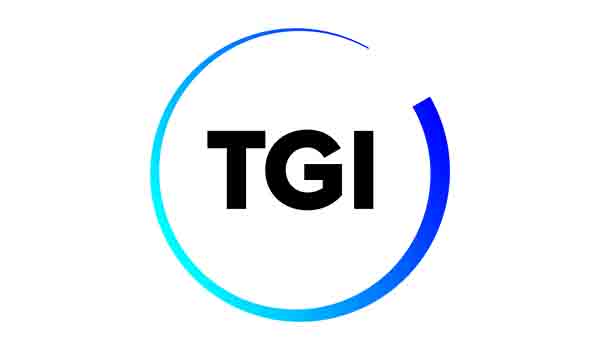 We help clubs to adapt to the digital era, enabling them to generate accurate ROI documentation, maximising the commercial potential of digital inventory. Our unique technology connects brands and consumers in the sports ecosystem. Clubs face huge challenges today and we can make sure they both understand and grasp the opportunities available to them.

How did you get involved in the new Tottenham Hotspur Stadium project?

TGI has a long history of delivering some of the most innovative and complex digital commercial infrastructures in sports venues around the world. In March 2017, we received a very extensive tender document for this project and were one of three companies to be invited back to the venue for a “shootout” – two days of broadcast trials, UEFA compliance tests and so forth.

The club had some very specific performance criteria – the technology would need to function in different modes for association football (soccer) and American Football. How would we adapt to the complex stadium environment with its unique retractable pitch? Playing host to both NFL and Premier League football games, our LED system had to integrate with moving parts.

What was the club looking for exactly? Tottenham Hotspur wanted their product to look good on TV, as you would expect. But they set the bar really high in terms of design – using Tottenham Hotspur’s corporate colours – and “invisibility”. TGI technology is in action at over 2500 games every year, we have installed customised solutions in all kinds of stadia, new and old, but I can safely say that this was our most complex project to date.

The level of detail was astonishing … figuring out the best way to house cables, create special safety gates, devising new ways of integrating power sockets for photographers, one new challenge after another!

Which systems did you provide to the club?

As industry leaders, our hardware, software and services package is second to none, but one of the main reasons Tottenham Hotspur chose us was our ability to come up with an unprecedented software management platform, customised to their exact environment. I know the club well and Daniel Levy, their chairman was, I understand, personally involved with signing off the proposal. It was all about creating the best possible venue from a technology perspective.

We installed 350 meters of LED perimeter boards, 100cm high rather than the usual height of 90cm. The optimised pixel set-up renders superb broadcast quality in terms of resolution, contrast ratio, viewing angles and close-ups. We also found a way to reduce the moiré effect, creating a much sharper and clearer image on TV. Viewing angles are critical because of how the multiple cameras in stadia move these days.

Thanks to our specially designed shader on top of the LED, we can guarantee superb contrast and visibility in all weather conditions. This is vital in a commercial context as sponsors pay a premium to be involved with major clubs like Tottenham Hotspur and it’s our job to make sure that we provide maximum exposure of the highest quality.

I am extremely proud that they have trusted us to handle pitchside broadcast technology, viewed by hundreds of millions of people every year. Our LED pitch perimeter system represents a significant revenue stream and a key part of how the venue appears on television – that says everything about the faith they have shown in us.

What benefits does your system provide for the club, sponsors and fans?

For Spurs, it is a significant revenue stream. Studies indicate that LED perimeter advertising, if managed properly, is more effective than TV commercials – it’s in the game, you can’t remove it! From a sponsor’s point of view, the LED is not just about branding, it can also host messaging. It’s a huge opportunity for a brand to reach its consumers in an impactful and interactive way.

For fans, it encourages their engagement not just before or after the match, but also in-game. For example, when a goal is scored there are opportunities for sponsors to utilise these systems creatively. We’ve signed a three-year partnership with Tottenham Hotspur to launch further fan engagement technologies related to mobile technology and entertainment at the venue which we’ll be rolling out over the coming season(s).

How do you balance delivering a premium service to sponsors with a positive fan experience?

It’s very clear that during the 90 minutes of the game the perimeter is focused on in-broadcast information to reach people at home. However, when a goal is scored, it can be linked up with the other digital elements to display really creative content which enhances the atmosphere.

Is that something you can advise the club on?

How important is it to harmonise LED systems design within the stadium environment?

The Tottenham Hotspur Stadium project was a very meticulous process in terms of how it looks on TV and in the stadium – it has to look absolutely impeccable. The club made very specific requests to use club colours on visible equipment, for example. Everything has to blend in seamlessly. Our engineers were heavily involved in developing the software management platform and hardware architecture. They found ingenious ways to deal with situations they had never come across before.

Finally, what you have learnt from this project that you can build on in other venues?

We have faced tricky situations in older stadiums and have run hundreds of games for UEFA in venues with no prior LED installations. But this brand new project, started from scratch, has been incredibly complex. Have we become more confident through working with Tottenham Hotspur? Definitely! We have learned so much and found new and better ways to define, develop and implement our different technologies. It’s been a hugely rewarding experience.