The Rise Of Gambling Sponsors In English Football

Gambling in major sports has become normal practice and with the technological advancements allowing for online betting on a person’s mobile phone, anyone can get involved with it at any time. 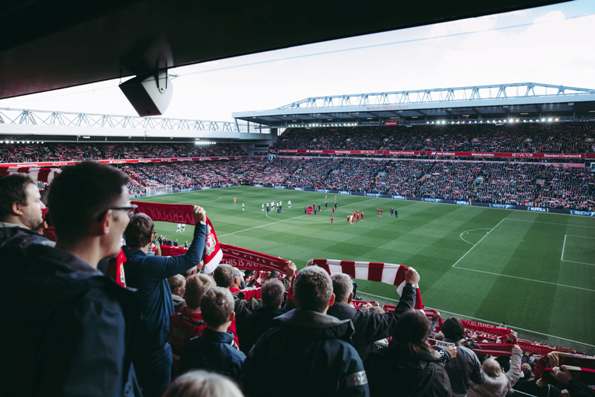 On one device, a person can have access to the latest sporting odds as well as different tutorials teaching how to play roulette, allowing gambling to become wildly popular in recent years.

Betting outlets have come a long way since the original land-based casino, but within football, they’ve also seen a major rise in the effect they have on sponsorships and the income generated by clubs across multiple levels.

When the FA first allowed sponsorships on a club’s kit in the late ’70s, it was common that local, UK-based companies would be seen there. As football grew to become a more globally loved sport, however, massive international groups began to have their logos and names seen on kit fronts.

In the ‘80s and ‘90s, there would be a mix of the kind of sponsorships you’d see based on what league the team were in. The bigger the team, the bigger the sponsor.  When the UK government and the FA banned cigarette companies from being shirt sponsors, as well as a decline in alcohol company endorsements, a new corner of the market became free.

In the last decade, we’ve seen this corner become occupied and rapidly grow thanks to the massive investment of worldwide betting companies.

From pitchside boards and TV ads to shirt sponsorships, the dominance of gambling within football is well and truly in effect. As of the 2019/20 season, only three Premier League clubs aren’t in any way sponsored by a gambling company. Of the other 17, 10 of those will have those companies emblazoned on their shirts.

The gambling industry has had a major hand in the growing revenue and expenditure of football teams and their franchises, with the 26 teams across England’s top two leagues estimated to have made £225.2m in commercial revenues in 2018.

The influence can go deeper, however, as in January of this year, former England captain Wayne Rooney completed a move to Derby County, a move many believe was funded and orchestrated by a gambling company which sponsors the club.

Though gambling companies, be they UK-based or massive global enterprises, have become commonplace in English football, we are beginning to see their standing come under some scrutiny.

Many people within government and football are calling for a widespread ban on betting sponsorships, citing the exposure of the gambling industry to children as the root cause for concern. The Remote Gambling Association has already ruled that betting companies can no longer run TV adverts during a football game before 9pm.

A lot of those against gambling ruling football have looked for inspiration to be taken from Italy, who instigated a year-long ban of betting company sponsorships in their Serie A league at the beginning of the 2019/20 season.

Though the gambling industry has enjoyed a lengthy period of synergy with football and its many teams, it seems that the rise has been slowed and their standings with the sport will need to change if it wishes to maintain this relationship.