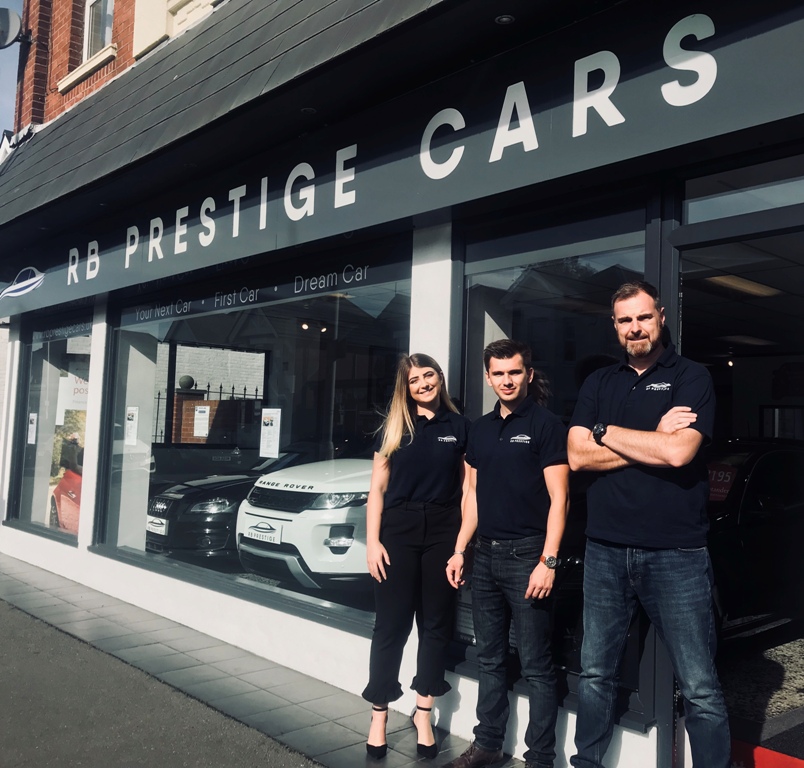 Footballers love their cars but are they being provided with the right advice and options for finance on these often extravagant purchases? With over 25 years’ experience, Rob Boreham, owner of RB Prestige, explains why getting sound financial advice is critical to ensuring they get the best deal possible.

Tell me about RB Prestige and what services do you offer?

I opened up RB Prestige in April 2017, with the intention of providing everybody with a VIP service when purchasing a car. You don’t have to be a VIP to get VIP service and I provide good honest information on every single car.

RB Prestige is a provider of new and used cars and, most importantly, putting people into finance deals with one eye on the future. I give prestige service to everyone but equally with the class, style and experience to be able to sit down in front of a high net worth individual, their advisors, agents, managers or anybody else and provide them with sound financial advice.

Often it’s about being brave enough to give clients an idea of pitfalls around luxury car ownership. I’m not scared to give someone all the information because they can then make a fully informed decision that is right for them. 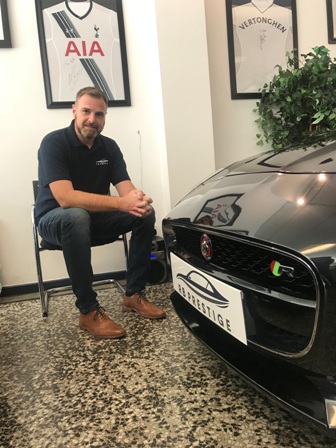 Footballers are known for their ownership of luxury cars but what is the reality behind this?

These guys, quite rightly, like to enjoy the highlife and they often want a nice car. They don’t want to get hung up on the ‘what ifs’. As much as I’m out there to tell them what might happen, it shouldn’t take some of the pleasure away.

All a footballer wants is a quick, fun, effective way to get them self into that sports car they’ve been dreaming of since they signed for the club. That’s crucially important and what happens nine times out of ten is that other people might take advantage of that.

However, there is a reality that needs to be addressed and without being negative and worrying about injuries and so forth, what if this guy can’t have this car because he signs a new contract with another club and moves away, how’s it going to impact them?

The unique circumstances around a footballer’s work life often means they need to get in and out of a finance package quickly should their circumstances change. A lot of players finance cars but if they are, often all they’re interested in is how much will it cost them now; how much a month? But, when they come to change it, how much equity will they have in the car? What if they have none?

I think the worst part of car sales to footballers is that suppliers automatically think they can afford it so they don’t worry about the implications to the player further down the line.

Is there a problem with footballers being given poor financial advice around expensive car sales?

Often the car sells itself, but I need to slow the player down a bit and explain to them or whoever is acting on their behalf that the reason we’re doing this deal or recommending this deal is because ‘x’ might happen in the future.

The basis of the problem is that most people are putting footballers on to big balloon deals, and also nine times out of ten, a variable rate. Now there are times when they have to use a variable rate, that’s dictated by the finance company, but with the variable rate, the margins are bigger for everybody.

There’s a lot more commission to be earned but 80% of the time the variable rate doesn’t need to be used, you can switch that rate to a fixed rate regulated deal. However, with the fixed rate deal, you don’t have the flexibility to ask for a bigger balloon.

What often happens is the salesman will say ‘I can get you into this Ferrari 458 for £10k in and £1999 a month,’ because they’ve stuck a 75% balloon on the end. What the player doesn’t know at that stage is that they’ve not paid enough of the car off and it’s depreciating quicker than they’re paying it. Why would you tell them that? Because they might not buy the car. So I take that risk.

A lot of footballers go bankrupt after their careers have ended and there are a lot of hangers on who aren’t there when they find trouble and I want to make sure I’m not one of those people. If they don’t want to buy from me because that’s not cool then fine, but I’m not contributing to that problem.

Would something like that affect their future credit rating?

Yes, 100%. I just guided two footballers through that process after they’ve got to the end of their agreement; they no longer want to keep the cars but didn’t know what to do. I got permission from the finance company to talk on their behalf as there was a language barrier and managed them through it. If these guys leave the country and haven’t handed the car back properly they’ll find it difficult to get good finance once again if they return to the UK. Again, it’s about having the confidence to have one eye on the future.