Marcus Rashford: A Game Changer On & Off The Pitch 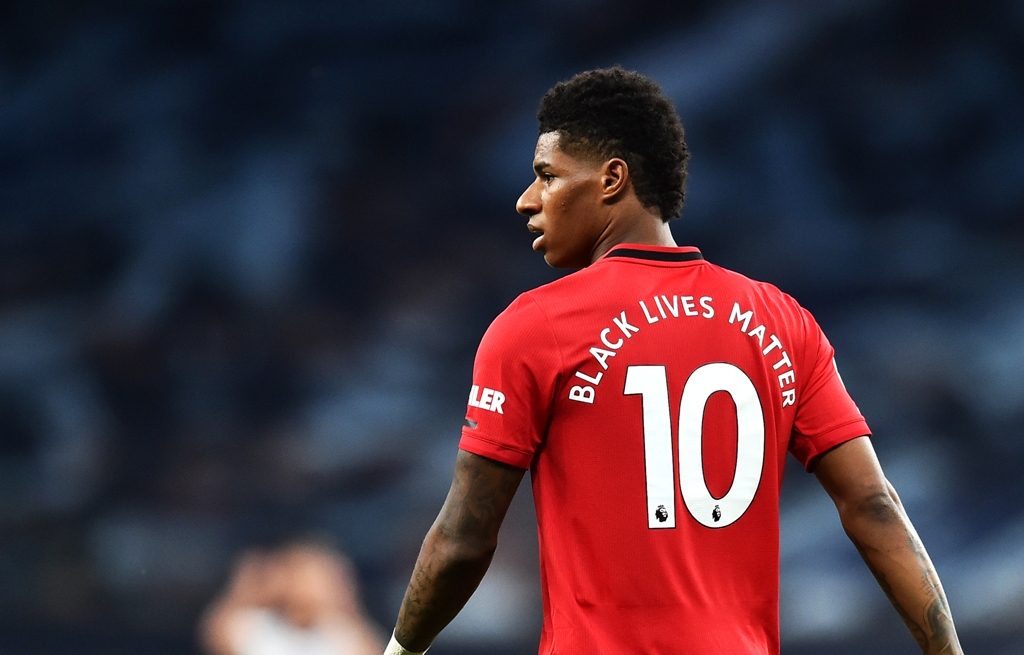 Marcus Rashford has rightly received universal praise for his life-changing campaign that has set a new benchmark for footballer-led activism in the UK.

Rashford’s crusade prompted a government U-turn that will see parents claim vouchers for 1.3 million children in England during the summer holidays, after earlier helping the FareShare charity raise £20m and supply 3 million meals a week to vulnerable people across the UK.

It has been another exceptional example of the power and influence footballers wield that can enable change when they utilise their platforms to reach the masses.

Having worked in the sports industry for more than 20 years with some of the World’s best-known personalities, there is no surprise to me in what Marcus has been able to achieve.

I’ve witnessed first-hand the influence that high-profile footballers can have. Never more so than when David Beckham became an ambassador for the Chinese Super League and during a tour of the country British diplomats thanked us at every dinner for opening doors to Chinese politicians and powerbrokers that were previously inaccessible. I’ve seen the joy David has brought to millions of children and adults around the world, but this was another level of impact.

Today, top-level footballers are publishing moguls in their own right, with bigger followings, reach and influence than most traditional media and an unfiltered platform to share their thoughts and feelings. Quite simply, they have never held more influence in their hands, and, in times of tragedy and injustice, the power of social media is never more evident.

You only have to look at the reaction from the sport, it’s stars and associations, to the Black Lives Matter movement to realise that it’s no longer enough to be silent on such endemic social issues. Harnessing and utilising this power is becoming increasing common, as sportspeople become empowered by events happening around the world and inspired by the likes of Colin Kaepernick, LeBron James, Megan Rapinoe, Raheem Sterling and many more who are taking a stand, and the knee.

Against this backdrop, Health Secretary Matt Hancock picked the wrong target when during the early stages of the coronavirus pandemic he lazily called out footballers saying they should take a pay cut and play their part. Football, and its players, are often used as scapegoats for the rich and famous and Hancock was guilty of pandering and deflecting from Governments handling of COVID-19.

In truth, football and footballers have for decades played their part in supporting charitable causes, both financially and in time spent activating community-based initiatives. The first FA Charity Shield fixture took place as long ago as 1908 and through a combination of The FA, Premier League, EFL, individual clubs and players, upwards of £200m goes in to community and grassroots initiatives every season. This often goes overlooked.

It was around this time that Rashford was stepping up his support of FareShare, having initially set a goal of raising £100,000 and feeding 400,000 children after partnering with the food poverty and waste charity in April. By mid-June, Rashford had helped raise £20m and set his sights on a new target as he penned an open letter to the Government.

The genius of Rashford’s campaign was its simplicity. It was textbook in its strategy, tactics and execution.

It starts with a clear positioning based on his personal experience: no one can question his motive or accuse him of jumping on a bandwagon.

It is built on personal insights from all the unreported and unheralded work he had been doing to help the FareShare charity over several months.

The cause is inclusive and was not initially about politics. It is about human rights and children having food to eat. He isolated his argument to a place where it cannot be questioned and is universally supported- children should not go hungry.

He consistently used his personal platforms to keep up the momentum and drive awareness, mixing this with traditional media interviews to reach the widest possible audience.

Finally, when he had forced the hand of Government in to making the policy U-turn, he displayed humility. There has been no basking in the moment, rather he is already talking about the further steps that need to be taken.

It was the perfect campaign. Activism with authentic and passionate delivery across the right platforms, in the right tone, at the right time, remains an extremely powerful combination.

It has been a shining example of the power footballers have and the change that can be facilitated when used in the right way. And this attitude is here to stay. As Rashford himself said: “It’s becoming more normal that people speak out on topics that they believe in and I think it’s just positive for the future.”

Broader society, and by proxy media, now celebrate influential voices who are not afraid put their heads above the parapet. Moving forwards, football federations, leagues, clubs, sponsors and rights owners must support the sentiment of players with their own actions. Premier League CEO Richard Masters praised Rashford’s campaign, but also questioned if “it creates uncomfortable precedents going forward.” Grey areas will remain, but moral-based issues can no longer be avoided by sports wider stakeholders.

A by-product of the increasing amount of athlete activism is that, like Gen Z more generally, the star names of today are far more socially conscious and increasingly looking for clubs and commercial partners to match these values. Let’s be clear – badging exercises are a thing of the past. All football stakeholders will need to champion purpose-driven campaigns moving forwards to best engage fans on a local and global level.

The barriers have been well and truly broken, and footballers will continue to take strength from the positive reactions to their willingness to speak out. Top-level players, and the clubs they represent, can collectively reach more people than almost any politician and connect more powerfully. This is an age where you can educate, influence and inspire and make a real difference for generations to come.

The challenge now for players, and the wider football industry, is to ensure accountability and live up to the promises. We will no doubt see a rise in cause-related activities, but if the purpose is inauthentic or actions in other areas of life or business do not ring true with the same values, fans will be quick to call out the inconsistencies.

Matt Hancock may have briefly forgotten his name in a live TV interview, but the 1.3 million children benefitting directly from Marcus Rashford’s campaign never will. The precedent has been set. The blueprint has been created. Players have the platforms and the power. This is just the beginning.

Simon Oliveira is the managing director of KIN Partners. He has worked with sports stars including David Beckham, Usain Bolt, Neymar Jr, Lewis Hamilton and Andy Murray, was a founding partner of the content studio OTRO, and has co-produced documentaries, such as Class of ’92 and I am Bolt.