The Potential Future of Businesses within Football Stadia

Football stadiums are no-longer entities with the sole purpose of staging bi-weekly football matches as well as some other arena events when the home team isn’t scheduled to play. Stadiums are multifaceted structures capable of hosting a huge range of different businesses – not just those established to cater the matchday audience.

With the ever-increasing size of stadiums through new builds and expansions coupled with stadiums becoming more technologically savvy, there are even more possibilities for businesses to set-up shop in football stadiums. One of the primary aims of the new Tottenham Hotspur Stadium is to encourage fans to stay in the stadium for longer, to extend the experience in the hope that they’ll spend more money. By incorporating a more varied offering past the turnstiles, other football stadia all over the country could achieve this goal.

As much as providing bigger and better bars or more cost-effective boxes would help to appease more fans, adding other popular forms of entertainment to be enjoyed before kick-off, after the final whistle, and outside of game day could go a long way to building on the potential of the magnificent football stadia already in place in the UK.

By giving more reasons for football fans as well as enthusiasts of associated entertainment activities to attend stadiums, they could become more profitable throughout the year and not just be match day and special event dependant. 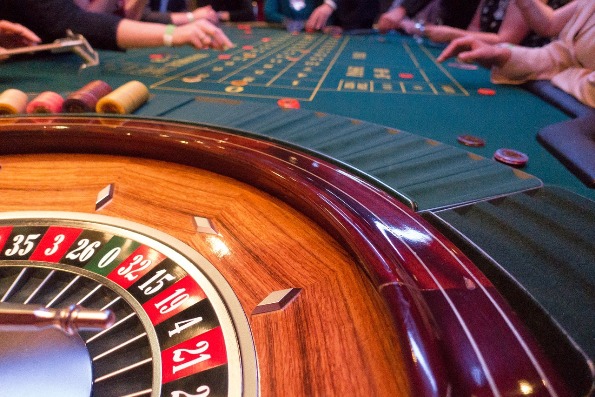 One of the stories of the summer, as relayed by the BBC, was Coventry City Football Club once again leaving the Ricoh Arena, with their owners, Sisu, Wasps, and Coventry City Council being unable to come to an amicable agreement. Despite Coventry City needing to move on to play their ‘home’ games at the St Andrew’s this season, the Ricoh Arena has many great facilities to provide extras to the stadium experience.

The Ricoh Arena, which boasts a capacity of 40,000 for concerts and over 32,000 for rugby matches, also features a 12,000-capacity events hall, the Ericsson Exhibition Hall, a Hilton hotel, a club store, and a casino. Built below the ground, the Grosvenor Casino offers many entertainment options for patrons, with a gaming floor, bar, restaurant, entertainment lounge, poker rooms, and a conference room. With all of this on offer, people can visit the stadium for more than just the event at hand.

The obvious point to make, however, is that live casino gaming in a land-based venue may not be a business-savvy choice given the readily available competition. In the UK Gambling Commission’s most recent Industry Report, the total gross gambling yield of the Great British gambling industry decreased by 0.4 per cent over the focussed time frames. However, the GGY of the online sector saw a 2.9 per cent increase, with the online sector growing to account for 39 per cent of the market share as of September 2018.

It’ clear to see that the gambling industry in the UK is trending towards the online offering, but land-based gambling options, surprisingly, still account for 61 per cent of the market share in these most recent figures. However, as online casinos offer an ever-updated library of slots, as well as roulette, blackjack, live casino bonuses, and sign-up bonuses, the convenient option becomes more appealing through the expansive game offering. Adding to the appeal for football fans, online casinos like this also offer a sportsbook alongside the games.

Joining the trend of eSports 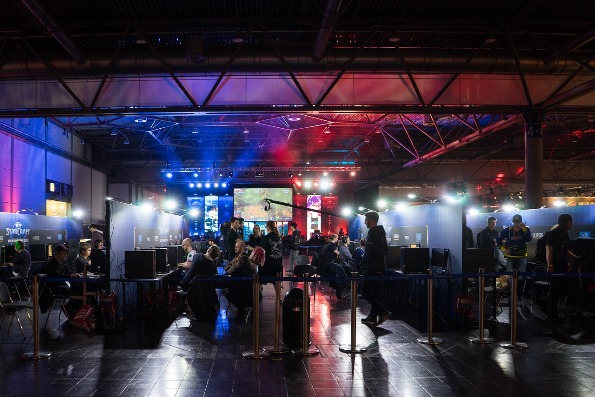 Valencia CF became the first La Liga club to build their own eSports team in June 2016, which was part of a long line of professional sports teams, including other European football clubs joining the budding industry. Since then, many more clubs have established their own professional eSports teams, leading to the establishment of the eChampions League, which culminated in its final on the day before the UEFA Champions League final in 2019.

With eSports continuing to gain traction with fans around the world and traditional sports teams coming to accept the potential and appeal of eSports, more major competitions have been forged. This year witnessed the first-ever ePremier League, which acted as a passage to the FIFA 19 Global Series. Players in the ePL represent their favourite Premier League clubs in the gaming competition, enabling them to connect to their sports team while competing for a prize.

In a similar way to establishing local sports teams and football events in the local area, football teams incorporating eSports rooms within their stadiums could help them to grow local talent as well as lead to them hosting increasingly popular and valuable eSports events. New Zoo finds that the eSports industry will be worth $1.1 billion in 2019, marking year-on-year growth of 26.7 per cent. But if football stadia want to make the most of the industry, they need to stray away from the sports titles.

However, due to the mechanics of the Ultimate Team modes and their ilk, the relative lack of control over the game’s outcome, and the meagre prize pools, much of eSports ignores games like FIFA and NBA 2K. It’s in games like DOTA 2, League of Legends, Counter-Strike: Global Offensive, Overwatch, Halo, and Fortnite that eSports has really taken off. So, if such a move were to be made to incorporate this emerging sport, it’d be important for football stadia to include the possibility for their facilities to accommodate the recognised eSports titles.

There’s tremendous potential for more businesses to get involved in football stadiums across the UK, with those with the best potential likely being ones in the entertainment sector.