A Federation For The Future

The NBA TV channel produces a huge amount of content around feature games that keeps the interest of fans and Craveiro continues his criticism of the way football is traditionally broadcast, or more specifically – what is broadcast.

“If we only show the top class, fans will never truly understand this sport and the journey of the players. We need the eyes of the small boys and girls dreaming about getting to the top. The objective of Canal 11 is to promote growth in participants in football. We are growing at an average of 4.5% in participation. If, in four years time, growth goes from 4.5 to 6.5%, the TV channel becomes quite a cheap instrument.”

As we spoke, just ahead of the launch of the channel, Portugal’s u19’s were playing in the UEFA European u19 championships semi-finals, beating Ireland four-nil to reach their 3rd consecutive final. They ultimately lost two-nil to Spain’s u19s, but their performance in the tournament epitomises Craveiro’s belief in the federation’s strategy. 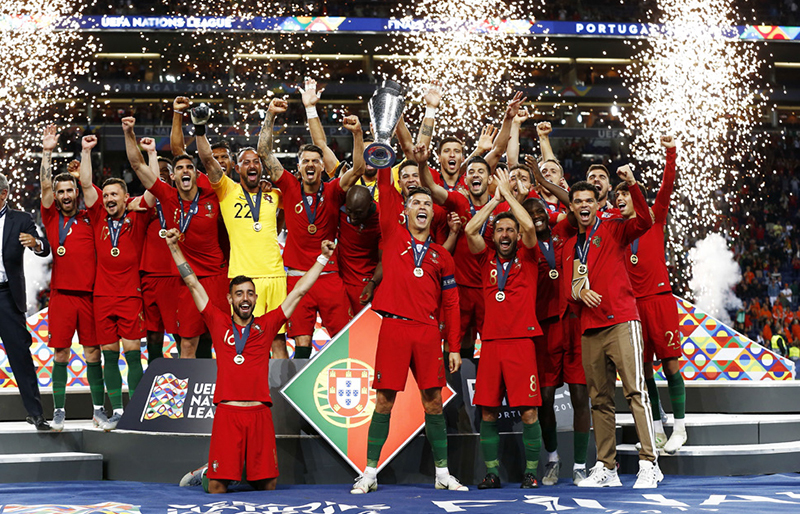 “In Latin countries, they change and change and change again. Here we have stayed true; we’ve stuck with our project and continue to the letter. I believe that stability, vision and the ability to develop will help deliver what you say you will.

“We know that around the corner there will be a new bad moment, that’s life, not only sport. In that moment we need to analyse again but when we win we need to also analyse. Some people only analyse when they lose. When we win it does not mean that everything is very good or organised, we may need change and develop.”

Craveiro points to Portugal senior men’s shock defeat to Greece in the UEFA Euro Finals in 2004, as something they have learned immensely from. “Why did Portugal lose the final in 2004 at home against Greece?” he asks. “It’s because football is what it is and it can happen.”

The Portugal team of 2004, managed by Luiz Felipe Scholari, included a young Cristiano Ronaldo alongside Luis Figo and Deco but ultimately lost to a well organised Greece side.

“Portuguese fans in 2004 created the idea on the players that we were two hours away from the trophy, not two hours of football away! You have to protect the team from this idea that shirts will win matches. That’s not exactly the truth.”

The development of elite players in Portugal continues with the likes of Bernardo Silva who was voted Manchester City’s Player of the Season (2018/19) and João Félix, the 19 year old Benfica winger signed by Atletico Madrid for €126m in the summer.

“Clubs are working very hard developing players and the national team gives them the international exposure that our league can’t. Portugal doesn’t have clubs like Manchester United or Real Madrid so the role that the national teams perform is very important to expose the players.”

With their current crop of elite players and the inaugural UEFA Nations League trophy in the cabinet, what are Portugal’s goals for the UEFA Euro Finals in 2020?

“The goal of a country is always to win. Not to defend – I don’t like that idea of defending champions. In the Portuguese squad that won the UEFA Nations League in June, only nine players were in our Euro 2016 squad out of twenty three. 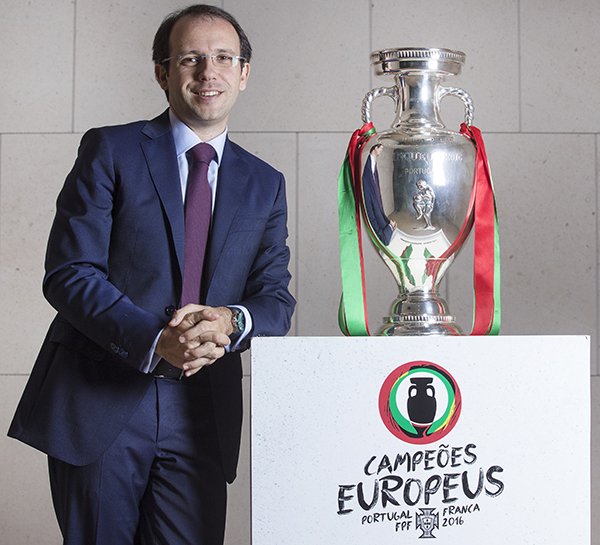 “The feeling to win the Euros and the Nations League at the same time is maybe like when a club wins their domestic league and the cup. People say these guys dominated our football. Does it mean that we will go be the major candidate? First we need to qualify. If we get there then we will be candidates for sure.

“In 104 years we have won one Euro championship so you cannot automatically think we are favourites now. But a candidate – always!”